Rhymes of the Times:
Burma-Shave Signs Along The Open Road 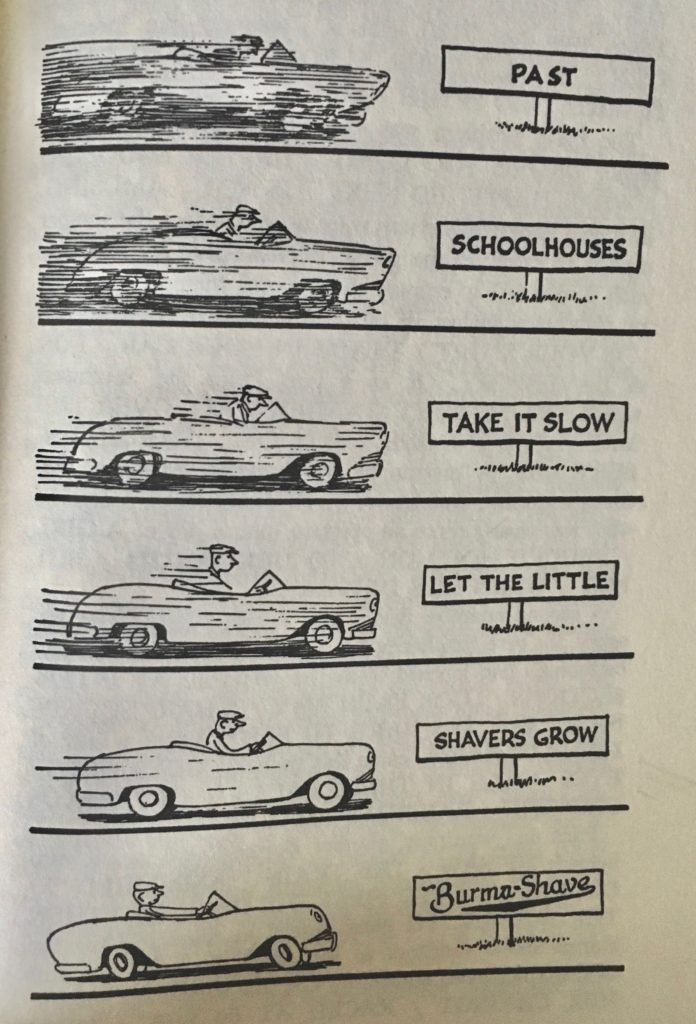 On the open road of old, travelers didn’t have mobile phones, satellite radio or GPS keeping them company in their cars. Drivers relied entirely on paper maps and signs to navigate, and backseat boredom was subdued by gazing out the window at the countryside, counting cows and playing “the Alphabet Game,” and – if you were lucky – spotting some Burma-Shave rhymes along your route.

This completely new style of roadside advertisement was pioneered in 1926 by the Minnesota-based company Burma-Vita to sell their shaving cream, Burma-Shave. Along well-traveled routes, the company would post a series of red signs spaced a few hundred yards apart, each printed with a few words that made up a rhyming jingle when read in its entirety.

Drivers and passengers enjoyed puzzling together the rhymes, which took driving, shaving, and even romance as their topics in humorous verse.

Lasting in popularity and prominence into the 1960s—the company at its height brought in more than $3,000,000 a year—Burma-Shave signs often made reference to safe driving and road trips. 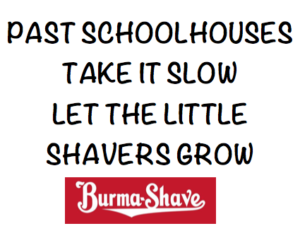 In our current exhibition, The Open Road: Photography and the American Road Trip, visitors can see how several photographers documented road signs as an ubiquitous feature of the highway landscape. For example, Ed Ruscha’s photo series of mundane gas stations in the American West, Twentysix Gasoline Stations, depicts both towering and dizzying signage—beckoning travelers to pull over.

Likewise, Stephen Shore’s U.S. 97, South of Klamath Falls, Oregon, July 21, 1973 depicts a billboard with an image of an ideal mountain scene obscuring the pristine natural landscape behind it. Shore’s work wryly hints at the allure of the highway: there’s always something better down the road. 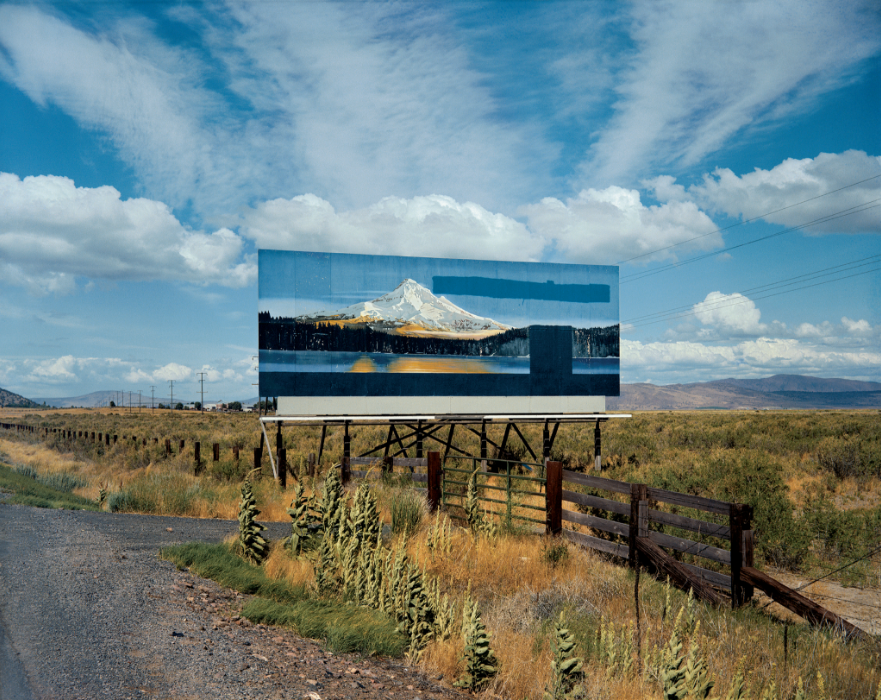 For travelers in the days of the Burma-Shave signs, the road held the promise of a new series of chuckle-inducing rhymes on the horizon – some even hinting at new and improved technology to come… 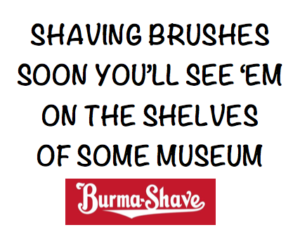 Below, check out our own Burma-Shave-inspired advertisements for The Open Road:

Featured image at top: Illustration by Carl Rose from “The Verse by the Side of the Road,” by Frank Rowsome, Jr., ©1965 The Stephen Greene Press