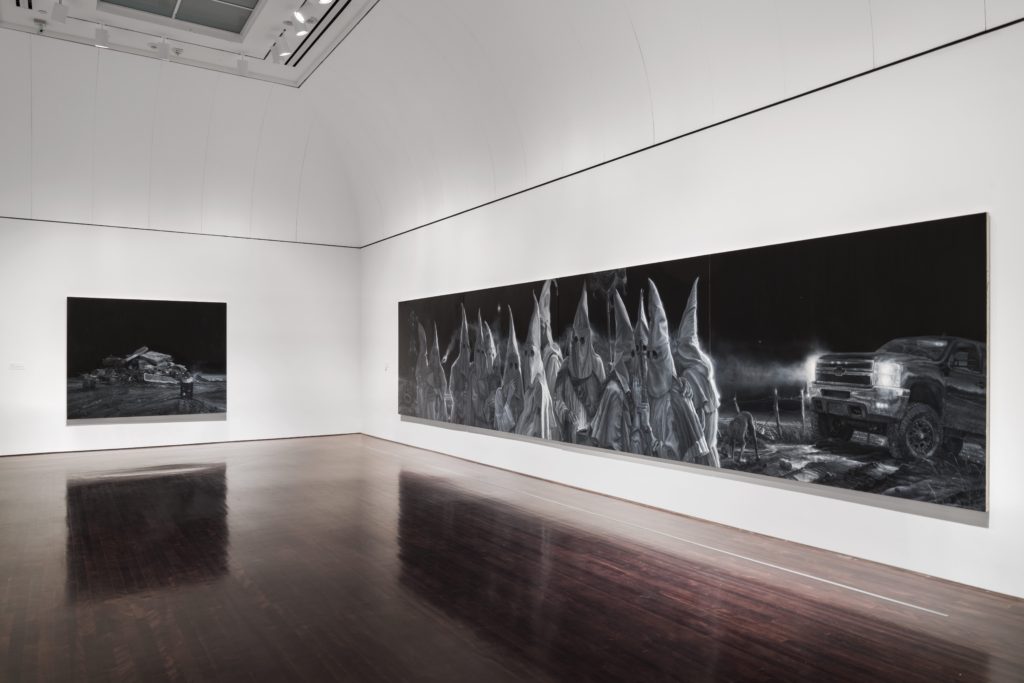 “This work is not controversial. It’s truth and reality—just uncomfortable (for most) and revealing.”

“Moved and honestly terrified as a gay Latino from a small town.”

“It really bothered me to see women in this painting. I’ll be thinking about that for some time.”

“Thank you for taking responsibility in a way that museums in my home country (Denmark) do not.”

“Racism is as American as the American flag.”

“Sometimes—often—as a white person, I get to pretend that racism is a thing of the past. I was looking at the painting with that mindset, that this was a historical work, until I saw the modern-looking truck and thought, ‘wait.’ And then the iPhone. Then there was no pretending.  Thank you. I shouldn’t get to pretend so easily.”

“Racism is the evil underbelly of our country. White privilege is taken for granted—a birthright. They have no idea how it feels to be on the other side—left out by virtue of prejudice against anyone who does not share the prerequisite color, religion, status.” 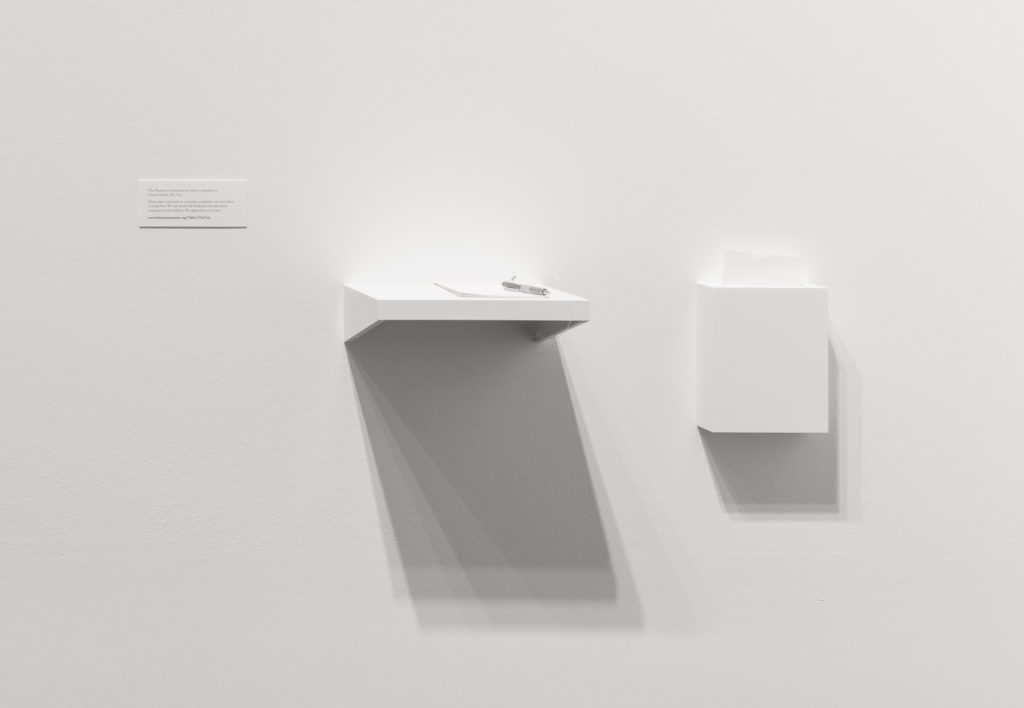 This is a small selection of 195 trenchant, thoughtful responses to our Vincent Valdez: The City exhibition that we have received from visitors in the month since the exhibition opened at the Blanton on July 17, 2018. We received so many the first week of the show we had to build a bigger box for the gallery. The comments are being circulated among the staff for all of us to learn from but we also wanted to share them with anyone else who might be interested in reading them.

While the responses have been overwhelmingly supportive of the exhibition, we have received recommendations and criticism that we are taking to heart. Receiving feedback while the show is up has allowed us to respond to some suggestions immediately. In the first week, a visitor expressed disappointment that our brochure wasn’t available in Spanish so we added a label to make clear that we have a Spanish version online. Others have conveyed frustration about much bigger challenges: “It’s a little insulting that such a piece is being presented from a staff with very little ethnic diversity. It makes me wonder if the art world is inherently racist.”

The City—and your responses to it—is making many us reflect on structural racism and the fear and hatred that divide us from each other. The paintings are also helping all of us at the Blanton reflect on what the role of museums can be in addressing inequality and injustice, and what we can do better. As Latino USA founder and host Maria Hinojosa said in her conversation with Vincent Valdez at the Blanton, “dialogue is democracy.” In that spirit, please keep the comments and suggestions coming.

Below are a selection of responses from the public, compiled August 23, 2018.