Off the Walls: Gifts from Professor John A. Robertson

Due to social distancing requirements, we were not able to install Bill Lundberg’s film installation “Swimmer” in the exhibition. We hope to exhibit this work, which is an important part of John A. Robertson’s legacy at the Blanton, as soon as possible. 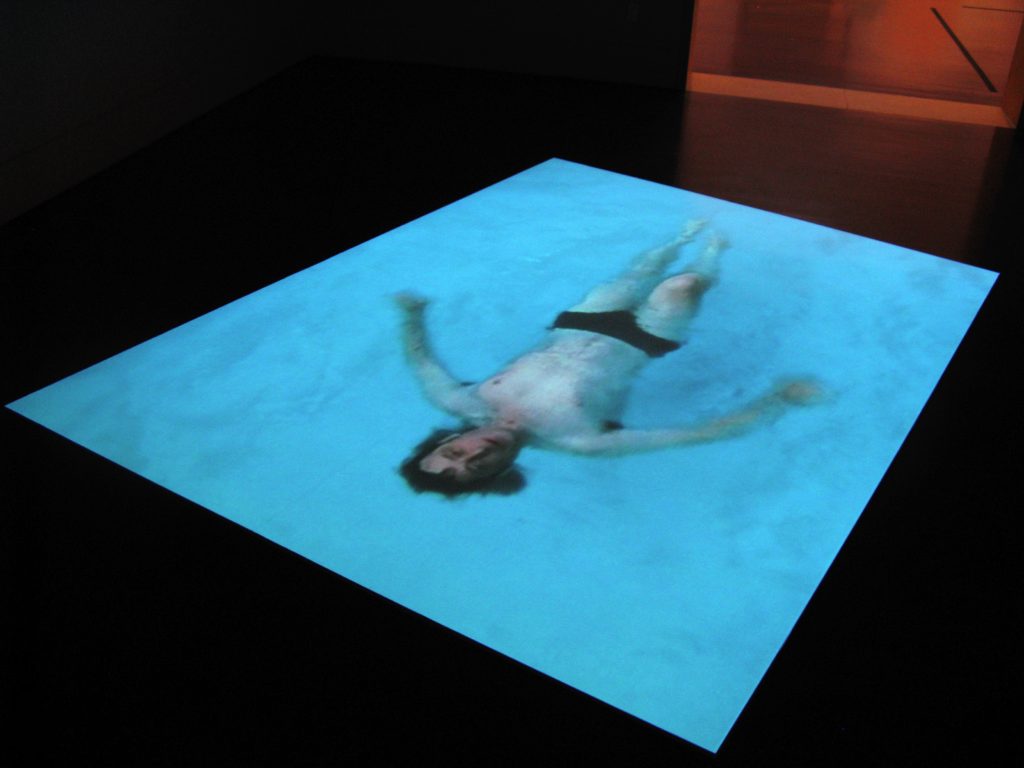 Bill Lundberg, Swimmer (still), 1975, film installation with sound, ed. 1/3, 25 minutes, Blanton Museum of Art, The University of Texas at Austin, Purchase through the generosity of John A. Robertson in memory of Carlota S. Smith, 2008.11

Bill Lundberg is a pioneer of video art known for his projections of simulated images into real spaces, which critic Guy Brett has termed “film-sculptures.” He began this work in the early 1970s, using Super 8 film projections to create immersive installations that often turn on humor and metaphor. Lundberg’s drawings depict scenarios and environments that echo this interest in spatial image projections.

Swimmer (1975) is projected from above in a darkened room, suggesting a pool cut into the gallery floor. The film presents a man crossing back and forth across the water and pausing occasionally to regard the viewer, with a soundtrack of splashes. By disrupting the typical experience of a gallery space in which artworks hang vertically on the wall, Lundberg’s installation plays with cognitive expectations and raises questions about the psychology of looking.

Lundberg is a professor emeritus and founder of the transmedia program in Studio Art at UT Austin.