Race and Social Justice in Art 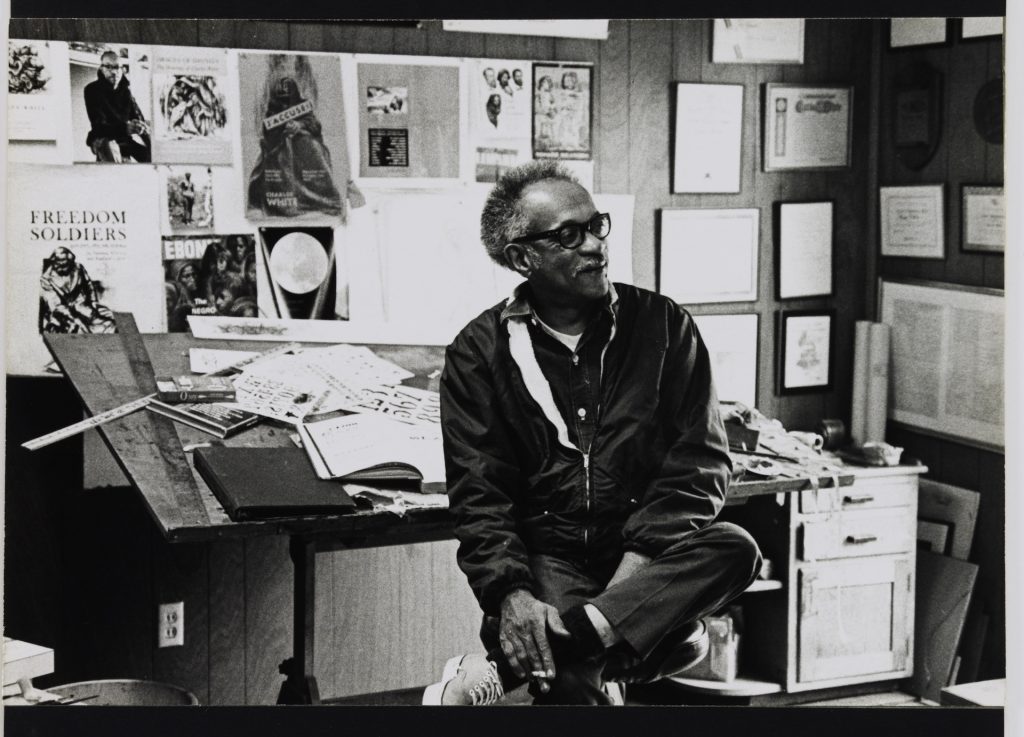 Charles White in his Los Angeles studio, 1970. Photo by Robert A. Nakamura. Image courtesy of the photographer and the Hammer Museum, Los Angeles.

The University of Texas at Austin is honored to be the home of 23 works of art by Charles White, one of the 20th century’s most accomplished and innovative draftsmen. This exhibition, which celebrated the artist’s career and legacy, was made possible by a generous gift of artworks from White’s close friends, Drs. Susan G. and Edmund W. Gordon of Pomona, New York.

Born in 1918 in Chicago, White dedicated his life and artistic practice to creating a visual archive of the black experience in the United States. Fighting against widely circulating racist and grotesque representations of black people, White created images of African Americans endowed with “truth, dignity, and beauty.”

White was also an influential arts educator. He believed that education is crucial to fostering a more just society, particularly by opening doors for young people of color. He taught at numerous institutions throughout his career, including community centers in Chicago and Harlem; an interracial summer camp in New Jersey; Hampton University in Virginia, and Howard University in Washington, DC. He made his deepest impact, however, at the Otis College of Art and Design in Los Angeles, where he taught from 1965 until his death at age 61 in 1979. There he trained many of today’s most highly regarded artists, including David Hammons and Kerry James Marshall. Marshall recounts studying with White as being nothing short of a “life-altering experience.”

The Charles White exhibition was collaboratively organized by the Blanton Museum of Art and the Art Galleries at Black Studies. Concurrent exhibitions were on view at the Blanton and at the Christian-Green Gallery on campus. The Blanton’s exhibition featured White’s drawings and prints alongside work by those in his circle and revealed the impact of White’s artistic output on pop culture and representations of black life. The Christian-Green Gallery exhibition considered White’s legacy and influence on contemporary artists, especially those interested in the human figure, including Deborah Roberts and Vincent Valdez.

The exhibition was accompanied by an illustrated catalogue published by UT Press.

Feature Image Credit: Installation of Charles White: Celebrating the Gordon Gift at the Blanton Museum of Art, The University of Texas at Austin, September 7 – December 1, 2019