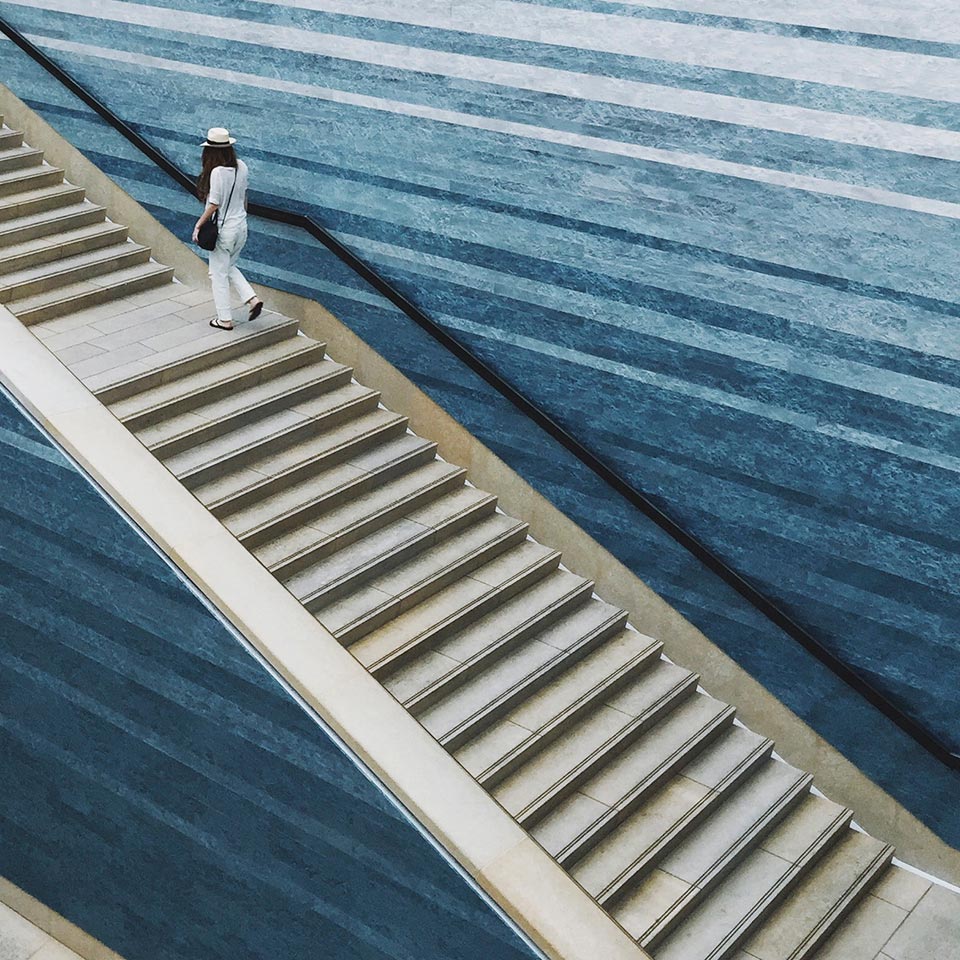 Teresita Fernández transforms the Blanton’s Rapoport Atrium into a place of welcome that surrounds visitors with color and illusion. One of the most accomplished artists of her generation, she is known for her evocative large-scale sculptures and immersive installations that address space, light, and perception.

Using man-made materials and the language of abstraction, Fernández has created a site-specific work of art that evokes experiences from nature. The most ambitious project to date for this MacArthur Fellowship recipient, Stacked Waters consists of 3,100 square feet of custom-cast acrylic that covers the walls in a striped pattern. The work’s title alludes to artist Donald Judd’s “stack” sculptures—series of identical boxes installed vertically along wall surfaces—as well as to his sculptural explorations of box interiors. Fernández noticed how The Blanton’s atrium functions like a box, and given its architectural nods to the arches of Roman baths and cisterns, she sought to fill its spatial volume with an illusion of water. Horizontal bands—each a swirling pattern of saturated color—subtly shift from deep blue to white in their ascent up the wall. Standing in the middle of the atrium creates an effect akin to being at the bottom of a swimming pool; climbing the staircase, visitors rise out of the dark blue depths as if emerging from the pool. Because of the nature of its material, Stacked Waters’s surface possesses the reflective quality of water. The work mirrors light from the atrium’s many skylights, making the space appear somber and moody on cloudy days, and bright on sunny ones, embodying what the artist calls “a changing portrait of the Texas light.” Stacked Waters also produces a reflection of the museum’s visitors, functioning as an ever-changing portrait of the museum as a living institution.

A recipient of the coveted MacArthur Foundation Fellowship in 2005, Fernández is one of the most accomplished artists of her generation and is known for her evocative large–scale sculptures and immersive installations that address space, light and perception. She lives and works in Brooklyn, NY and is represented by Lehmann Maupin Gallery. Recent commissions include Seattle Cloud Cover for the Olympic Sculpture Park at the Seattle Art Museum, a work for the Public Art Fund in 2001 and a special project at The Museum of Modern Art in New York in 2000. She has had solo exhibitions at many prestigious institutions including the Fabric Workshop and Museum in Philadelphia; SITE Santa Fe in New Mexico; the Institute of Contemporary Art in Philadelphia; the Corcoran Gallery in Washington, D.C.; the Castello di Rivoli in Turin, Italy; and most recently, at the Centro de Arte Contemporaneo de Malaga in Spain. 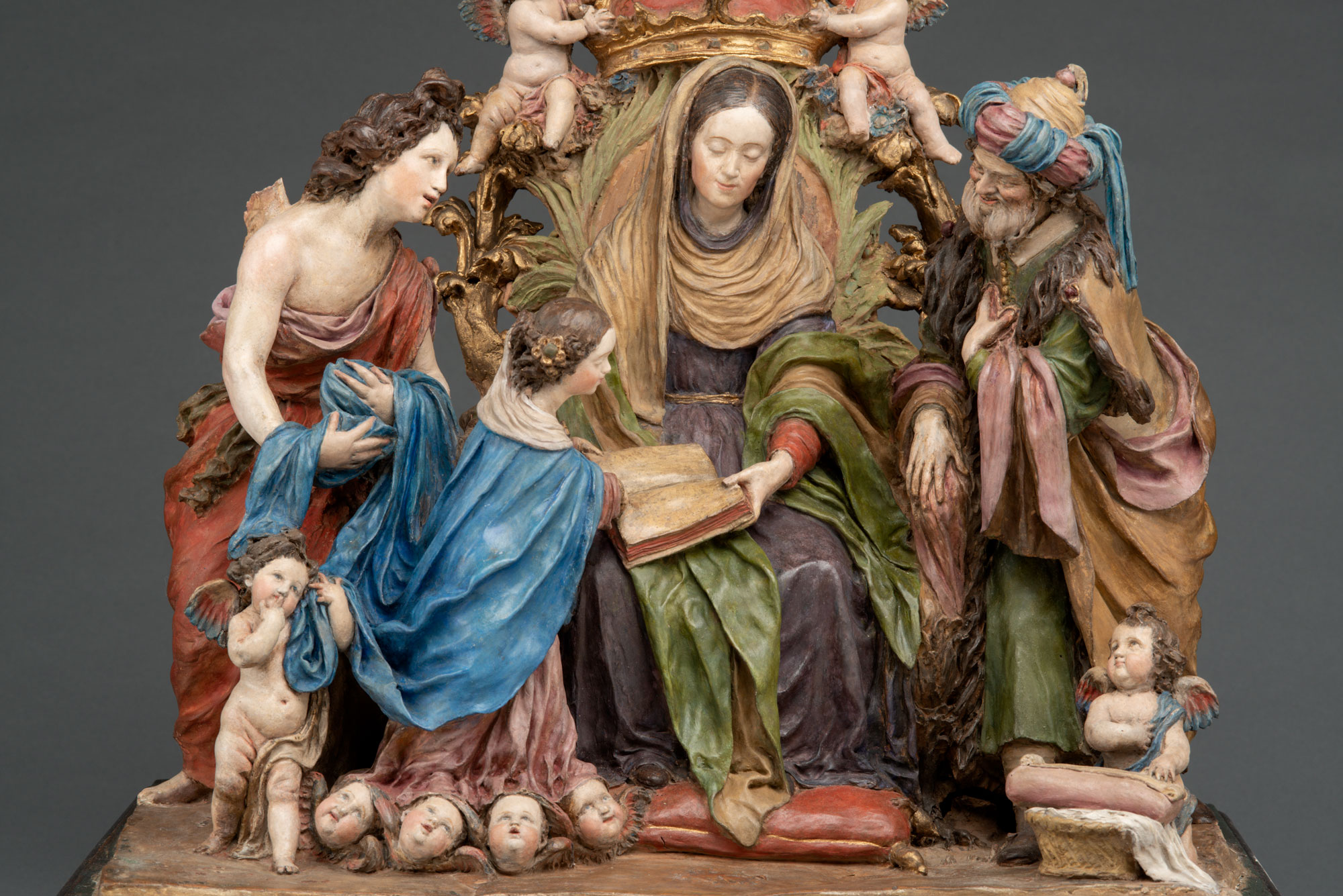 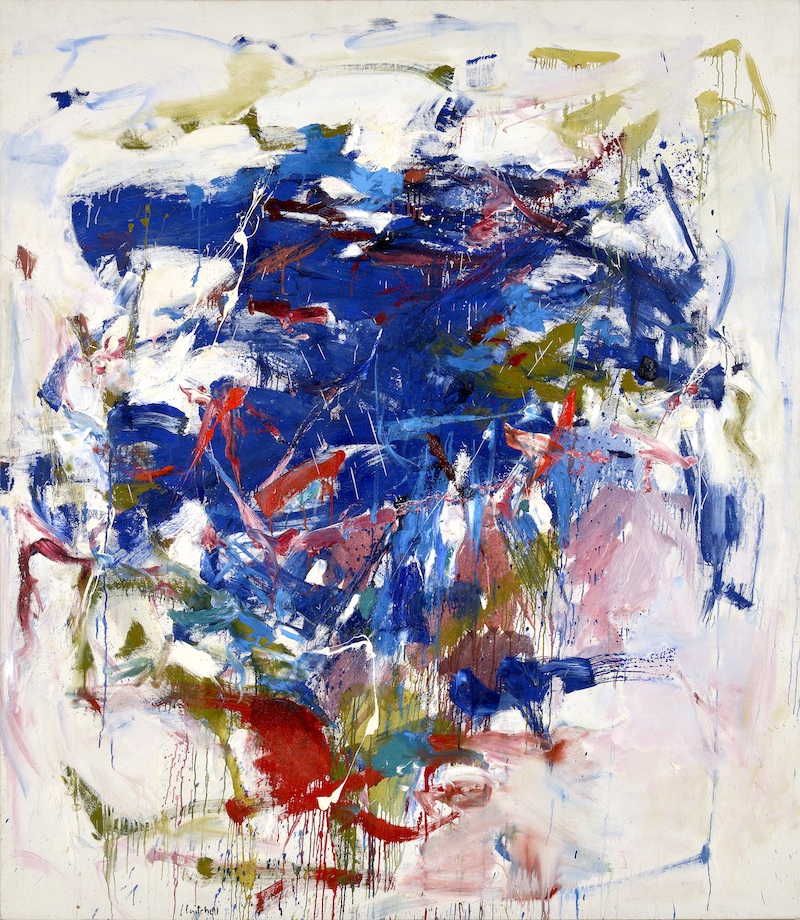 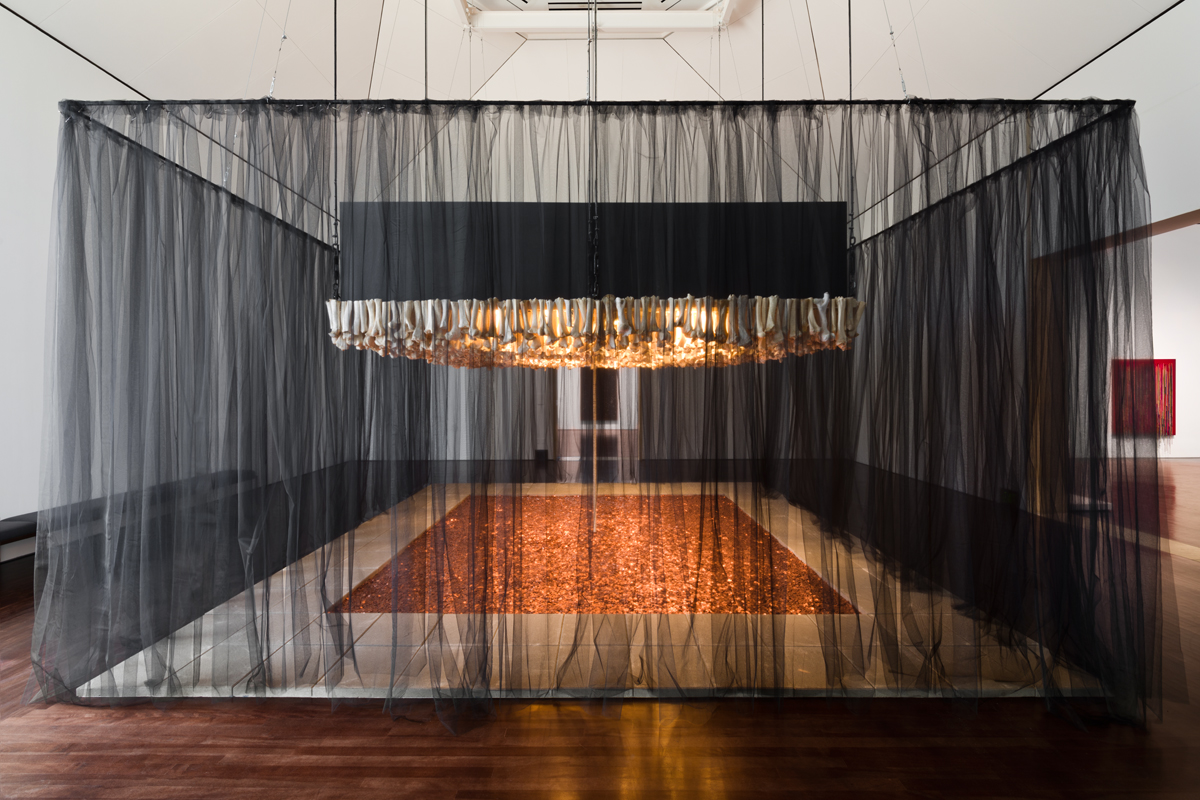 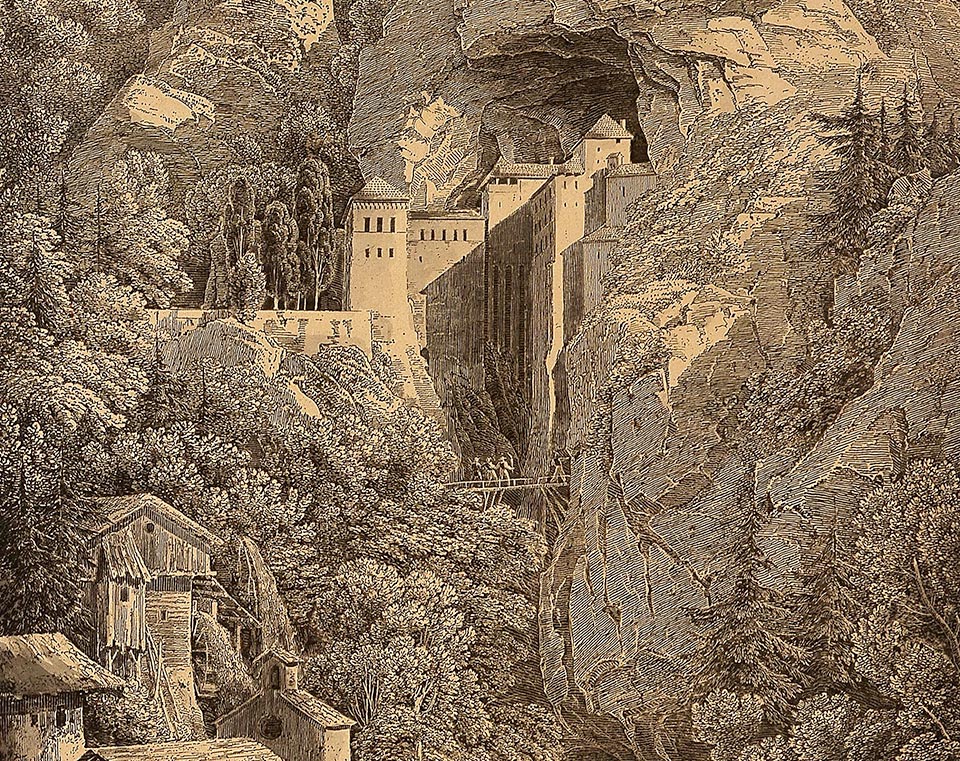 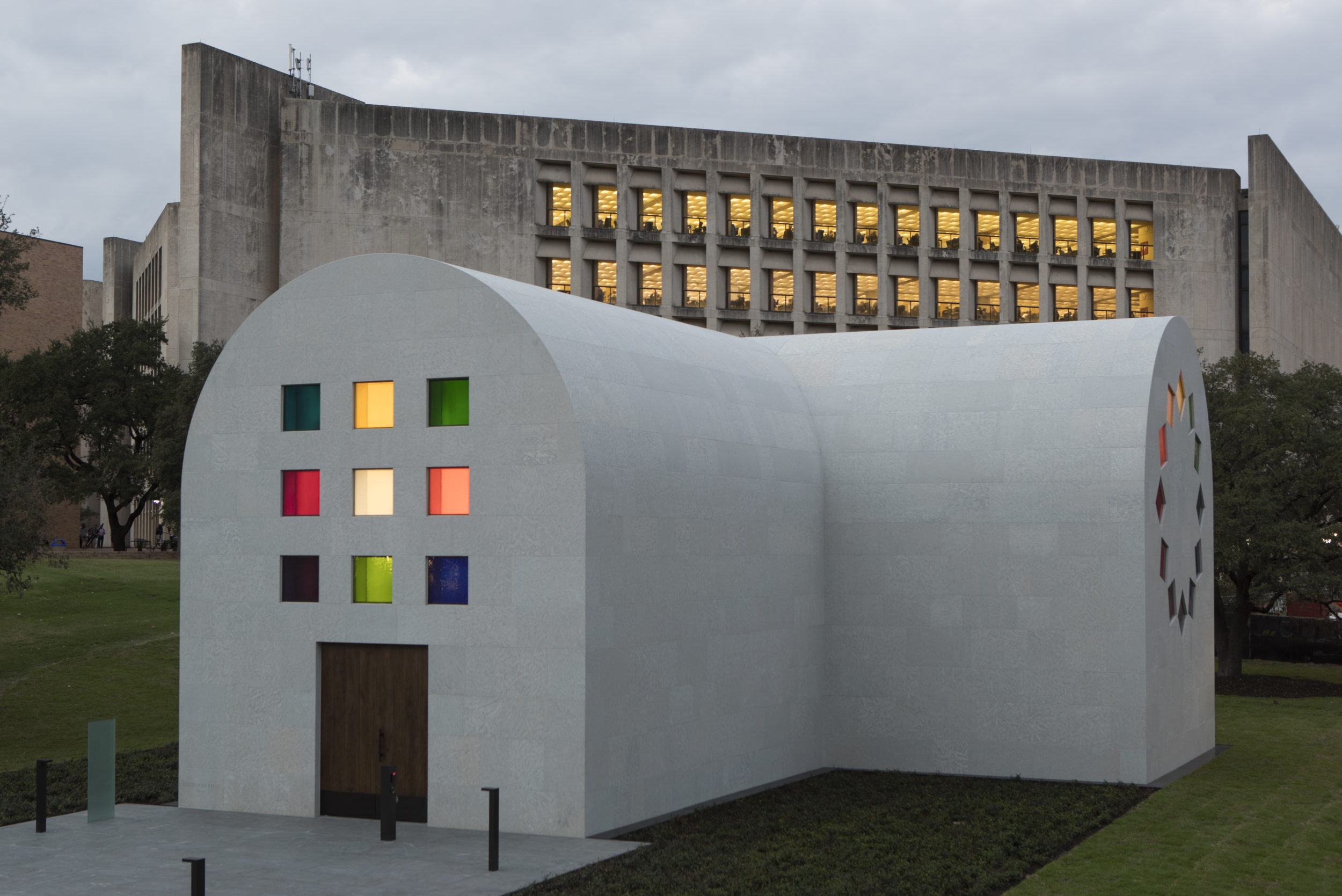