Artful Leadership: A Blanton Board Q&A 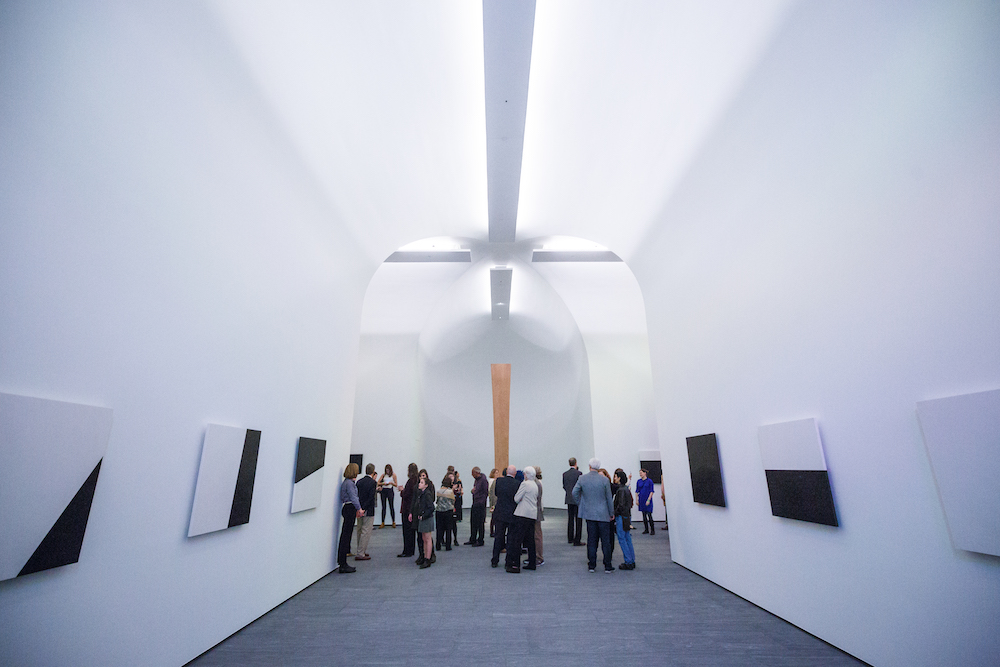 Ever wondered what Blanton National Leadership Board members do and how they got involved with the museum? Find out in this behind-the-scenes look at Board membership! Several Blanton Board members

Ever wondered what Blanton National Leadership Board members do and how they got involved with the museum? Find out in this behind-the-scenes look at Board membership! Several Blanton Board members will share why they joined our Board, the diverse experiences they bring to their roles, and the future they envision for the museum and its community. Blanton Director Simone Wicha will moderate a discussion with Suzanne McFayden, Gilberto Cárdenas, and Tom Dunning.

In 2011 Simone Wicha became the Blanton’s fifth director. During her tenure, the Blanton has emerged as a cultural anchor in Austin and a vibrant, influential museum on the national stage. Wicha oversees a team that has raised the museum’s standing internationally through groundbreaking exhibitions and a robust acquisition program. At the same time, she has strengthened the museum’s educational mission and spearheaded projects such as the reinstallation of the Blanton’s permanent collection to enrich the museum experience for its diverse audiences. She led the acquisition and construction of  Ellsworth Kelly’s Austin and is currently working with with Snøhetta, an internationally renowned architectural firm, to re-envision the Blanton’s grounds and further establish the museum as a top destination in Austin. Wicha was born in Texas and raised in Mexico City, and is a proud Longhorn.

Gilberto Cárdenas recently retired as executive director of the Center for Arts and Culture at the University of Notre Dame, where he is also a professor emeritus of sociology. Cárdenas taught at The University of Texas at Austin from 1975-1999. He opened Galería Sin Fronteras in 1986, a gallery in Austin featuring Chicana/o and Latina/o artists. Cárdenas was an advisory council member for the Bill and Melinda Gates Foundation’s Gates Millennium Scholars and is a founding member of the Smithsonian Latino Center Board. He also serves on the El Museo del Barrio board. Cárdenas joined the Blanton National Leadership Board in early 2020.

Suzanne McFayden, writer, parent and art lover, was born and raised in Kingston, Jamaica until beginning Cornell University in 1983. After graduating with her BA in 1987, she worked in the retail industry in NYC. Subsequent to that, she received her MFA from Mills College in Oakland in 2005. She joined the Blanton National Leadership Board in 2015 and also serves on the board of the Studio Museum of Harlem.

Tom Dunning joined the Blanton National Leadership Board in 2014, with his wife Sally, a passionate art collector. Tom, named an Outstanding Dallas UT Ex, is a member the UT Steve Hicks School of Social Work Advisory Council and serves on the UT Southwestern Medical Center Audit Committee. He is Chairman Emeritus of Lockton Dunning Benefits. Texas Governors have appointed Tom to major state Boards and Commissions and Dallas Mayors have called on Tom to address and resolve challenging issues facing Dallas, ranging from homelessness to race and equal opportunity. Tom’s commitment is to advance the quality of life for all.