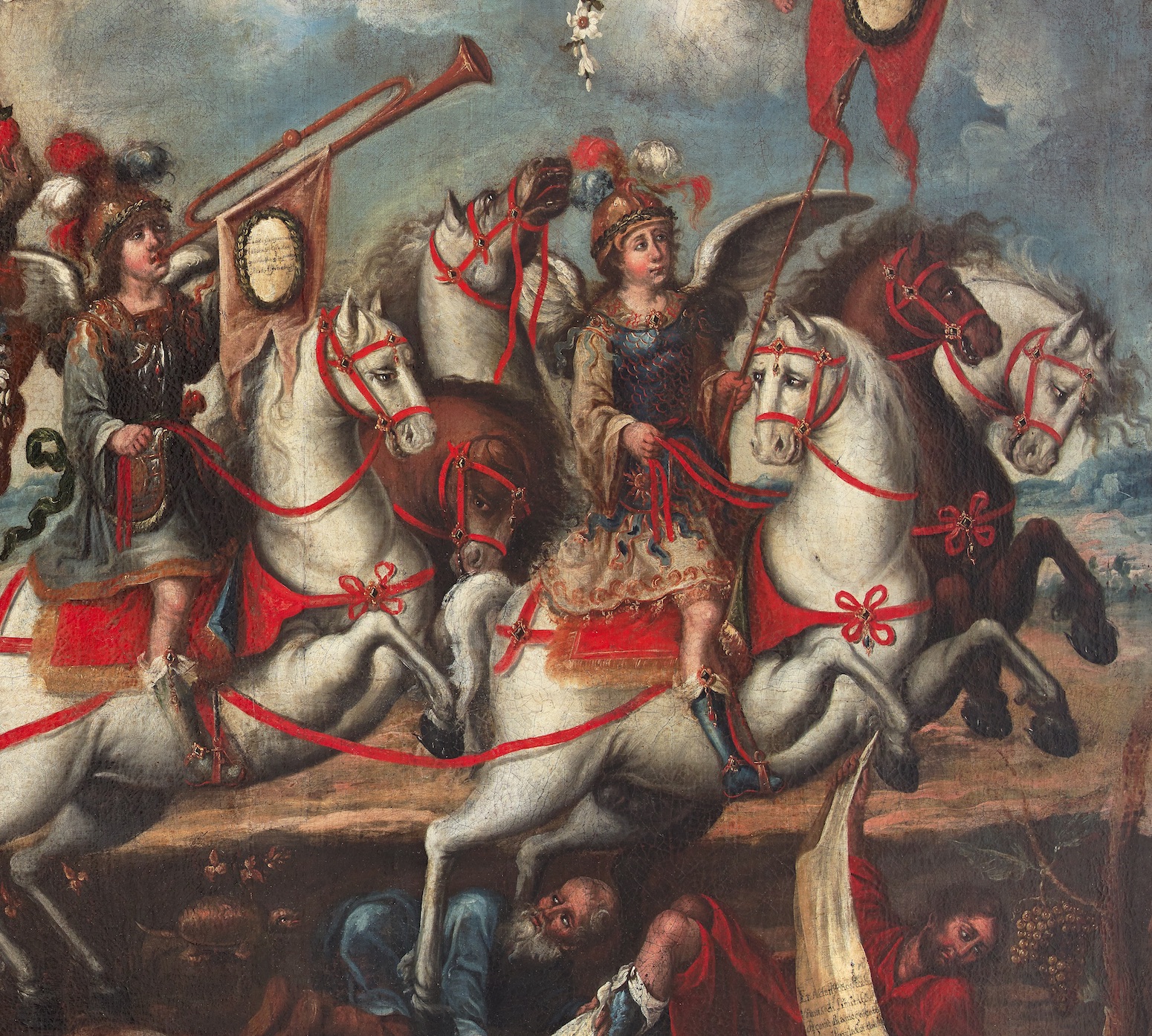 Thundering hooves, snorts and whinnies, leaps and bounds! Horses fire the human imagination, support our endeavors, mirror and influence our emotions.  Blanton curators have mined the collections for a variety

Thundering hooves, snorts and whinnies, leaps and bounds! Horses fire the human imagination, support our endeavors, mirror and influence our emotions.  Blanton curators have mined the collections for a variety of images that express our historical and ongoing fascination with our equine companions. Join us for a brief presentation and live “Ask Me Anything”-style Q&A with curators Rosario Granados and Florencia Bazzano, Blanton Fellow of European Painting and Sculpture Chrissy Zappella, and Director of Education and Academic Affairs Ray Williams. View this event on Facebook HERE.

And because it’s typically racing season this time of year, we’re encouraging our speakers AND attendees to don their finest and frilliest Derby-style hats. Plus, we’ve provided recipes for traditional mint juleps — both regular and alcohol-free!

Rosario I.  Granados is the Marilynn Thoma Associate Curator, Art of the Spanish Americas at the Blanton Museum of Art, The University of Texas at Austin. Her exhibition Painted Cloth: Ritual and Fashion in Colonial Latin America will open in the Fall of 2021 at the Blanton, where she also curated Mapping Memory: Space and History in 16th-century Mexico. Before becoming a full-time curator, she taught undergraduate and graduate courses in Latin American Art, Women’s History, and Religious Material Culture at Skidmore College and the Center for Latin American Studies of the University of Chicago. She holds a Ph. D. in art history from Harvard University.

Chrissy Zappella is the inaugural Blanton Fellow of European Painting and Sculpture as well as a doctoral Candidate at the University of Chicago. Chrissy holds Master’s degrees in Art History from the University of Chicago as well as CUNY Hunter College and a Master’s in Teaching from Pace University.  Before joining the Blanton, Chrissy held curatorial fellowships and internships at The Art Institute of Chicago, The Frick Collection, and the National Gallery of Art. Chrissy specializes Italian Renaissance and Baroque Painting, especially in Florence.

Ray Williams is the Blanton’s Director of Education and Academic Affairs.  He got his first pony at the age of eight, after four years of sustained campaigning. Growing up in the mountains of North Carolina offered opportunities for incredible trail riding. As a teenager Ray trained and competed with a grey Anglo-Arab horse in combined training events; they were also occasional guests of the Tryon Hounds.  After a thirty year hiatus during which he earned graduate degrees in art history (UNC Chapel Hill) and education (Harvard), Ray resumed riding here in Texas. He is currently training Third Level dressage movements with his 18.2 hand warmblood gelding, Fidelio.