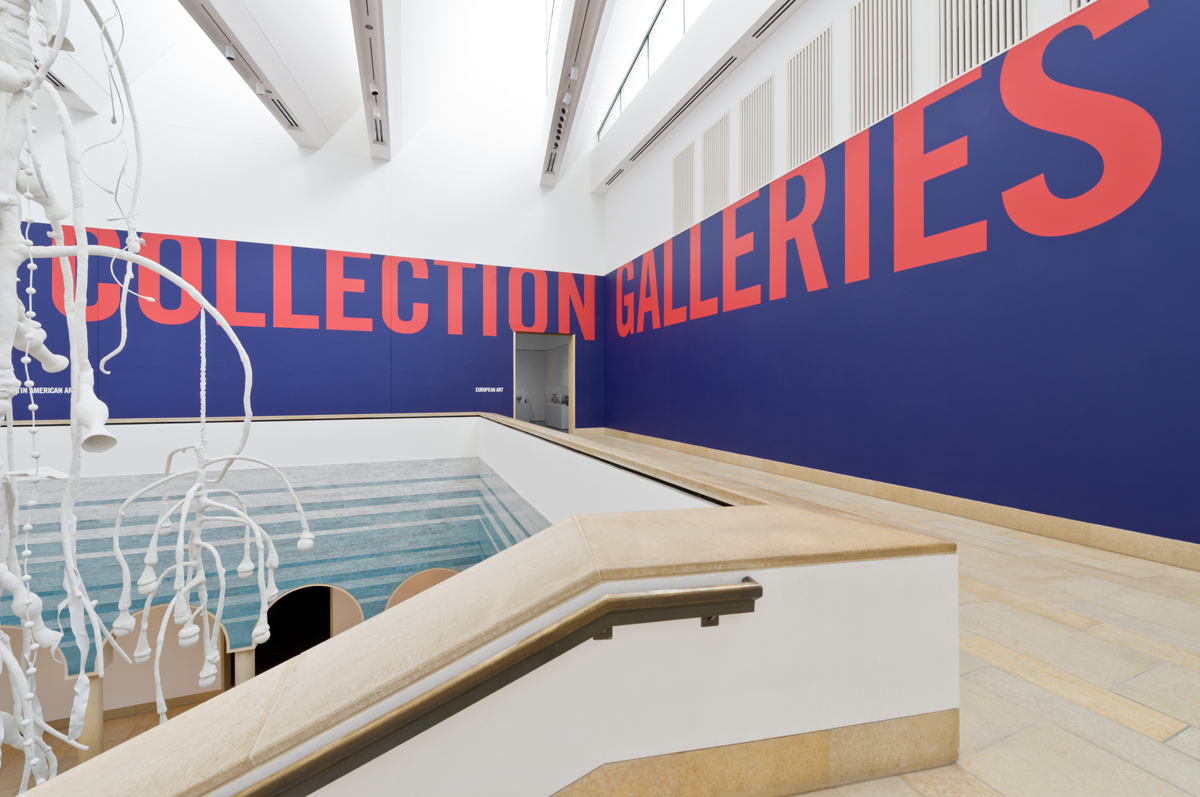 You Belong Here: Reimagining the Blanton

The Blanton Museum of Art is thrilled to announce the opening of its comprehensively reinstalled permanent collection galleries on February 12, 2017. The presentation offers visitors a fresh experience with the museum’s holdings and features nearly twice as many works of art as were previously on view, innovative interpretive materials, renovated galleries, and spotlights on new areas of focus, including art of the Ancient and Spanish Americas, and Native American art. The reinstallation also launches three rotating galleries: the Paper Vault, Film & Video, and the Contemporary Project. A free community celebration, the Blanton Block Party, celebrating the reinstallation, will take place on March 25, 2017.

“The reinstallation of the museum was my first priority when I became director six years ago,” said Blanton Director Simone Wicha. “Working with the museum’s curators, educators, collections team, and digital technology specialists, we looked in depth at what our collection is and should be for Austin. My challenge to the team was for us to reconsider the museum in a way that was more visually arresting, more thought provoking, and nationally innovative. The reinstallation brings the museum to a new level, one that reflects the quality and vibrancy of our city.”

A rehanging of the museum’s European Art galleries features paintings and sculpture created between 1350 and 1800. With the Blanton’s renowned Suida-Manning collection at its core, the new installation presents many works that have rarely been on view. The museum’s iconic masterpieces are showcased in gallery sections that have been completely reorganized by themes, media, and styles. To evoke the original viewing experience of the paintings, the display incorporates modes of presentation found in churches and princely estates before the twentieth century.

The Blanton will further broaden and strengthen its commitment to collect, study, and exhibit art from Latin America by devoting three new galleries to art from the Ancient and Spanish Americas. This comprehensive presentation of art from the region begins with ancient artifacts and expands into Spanish colonial art. A new area of focus within the collection, the latter connects to a larger cross-campus initiative at UT aimed at bringing greater emphasis to Spanish colonial visual culture, catalyzed by the long-term loan of works from the Carl & Marilynn Thoma Collection to the Blanton.

The Blanton’s Modern and Contemporary Art galleries feature nearly one hundred works of art spanning from the early 1900s to the present. Recent acquisitions such as Sonya Clark’s Madam C.J. Walker, Charles White’s Wanted Poster Series #6, and Ramiro Gomez’s The Broad will be on display, underscoring the Blanton’s continued commitment to collecting art devoted to social justice. The museum’s iconic Seepage by El Anatsui, the only two-sided work by the artist in a museum collection, is now exhibited for the first time with its regal, predominantly red side displayed.

Another new area of focus for the museum is Native American art, now showcased in a gallery that mixes historical and contemporary works. Nineteenth-century Navajo textiles and Kiowa ledger drawings are paired with more recent works by modern and contemporary artists of Native American descent, revealing overlaps and continuities that cross cultural, geographic, and historical boundaries.

New rotating gallery spaces will provide ongoing opportunities for visitors to return to and engage with the Blanton’s holdings in fresh and unexpected ways:

Explore and celebrate the Blanton’s new presentation of its reinstalled collection galleries at a day-to-night community festival. The Blanton Block Party will reacquaint visitors with the museum’s collection, and will offer outdoor family art activities, a museum studies symposium, live music, food, and tours throughout the day. Artist Nina Katchadourian will give a talk and sign copies of her catalogue in conjunction with her concurrent exhibition Nina Katchadourian: Curiouser. The party will culminate with an evening celebration, complete with live music and dancing, a cash bar, and light bites. Admission to the Blanton Block Party is free.