We hope to see you at the museum soon for a visit! Please note that we are not currently scheduling any in-person programming and will continue to offer a range of museum experiences online. Check back here for more about Curated Conversations, Virtual Visits, and other ways to deepen your museum experience digitally.

Join us for live Q&A sessions with Blanton staff and special guests! They’ll answer your burning questions about everything from how the windows in Ellsworth Kelly’s Austin got here to what NOT to say to an artist. 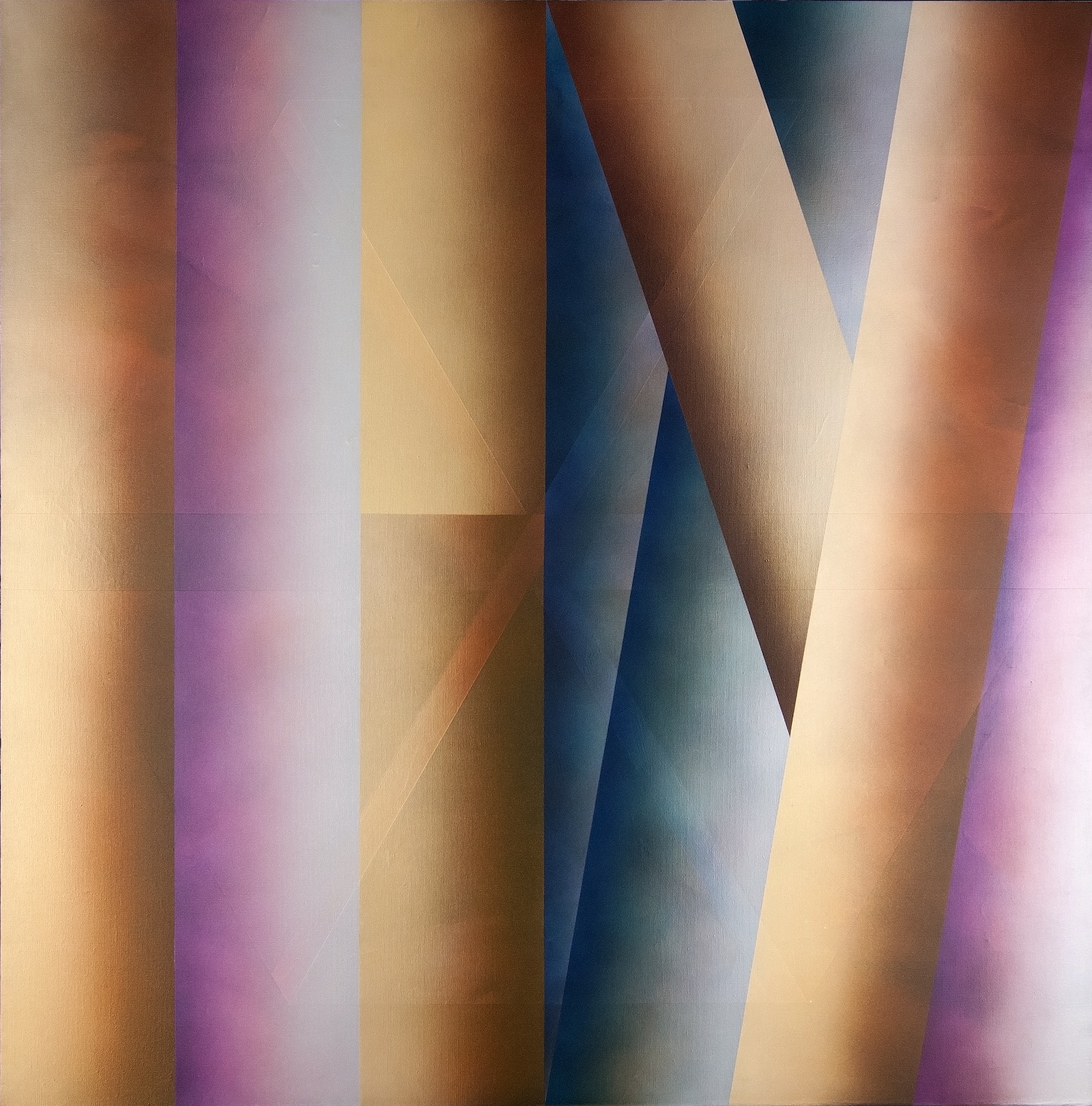 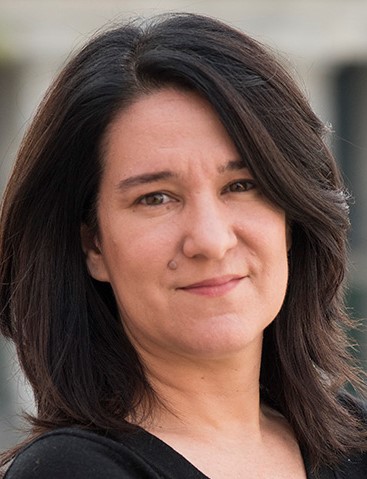 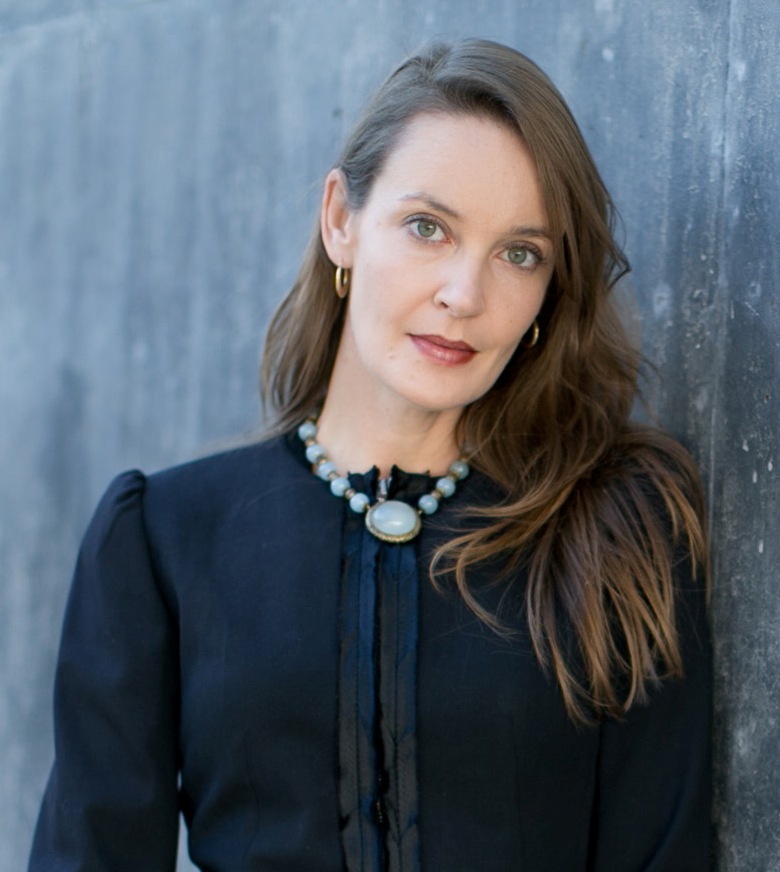 26jan(jan 26)5:00 pmFeaturedOff the Walls, Into Your Home: A Print Collecting PrimerA free online event, part of our Curated Conversation series. 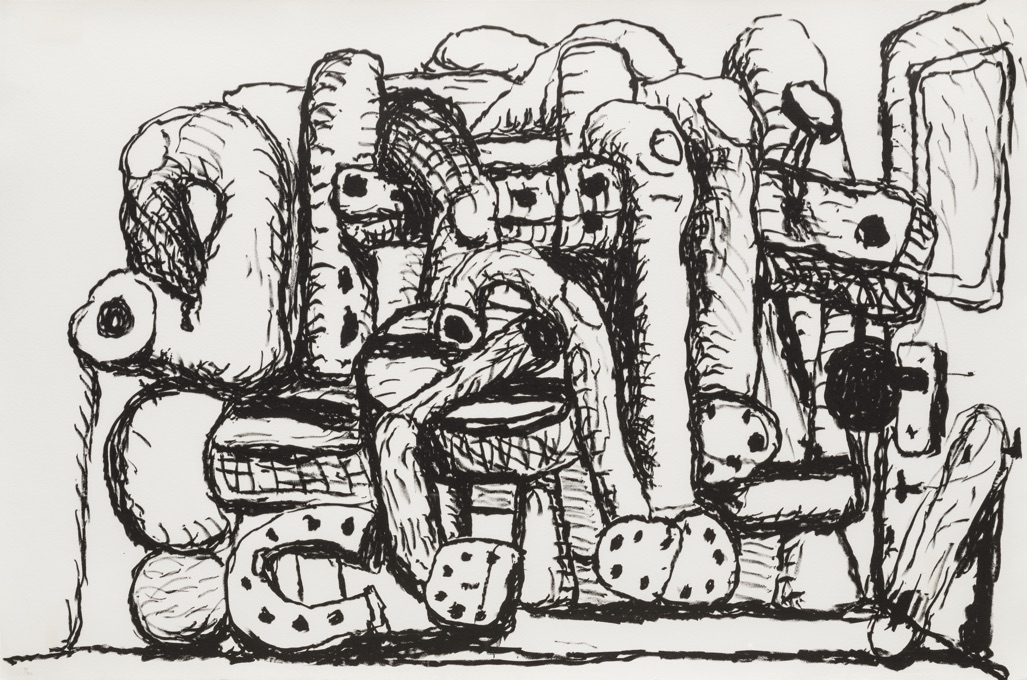 How does someone start collecting art? When is a print an original work of art? The happy confluence of two events offer a prime opportunity to explore these questions. At

How does someone start collecting art? When is a print an original work of art? The happy confluence of two events offer a prime opportunity to explore these questions. At the Blanton, the exhibition Off the Walls: Gifts from Professor John A. Robertson celebrates the voracious eye of one print aficionado. From January 15 to February 15, 2021, the exhibition coincides with the annual fair organized by PrintAustin, an artist-led nonprofit organization working to showcase traditional and contemporary approaches in printmaking. Together, these shows spotlight the incredible richness that prints have to offer—both technically and aesthetically. In advance of PrintAustin’s February 6th fine art print fair, PrintExpo, Annalise Gratovich and Pepe Coronado, two artist leaders on PrintAustin’s board, will offer their insights on contemporary printmaking, publishing, and collecting. Genevra Higginson, a co-curator of Off the Walls and Curatorial Assistant for Prints and Drawings, will host the discussion. Join them for a dive into the wonderful world of prints. 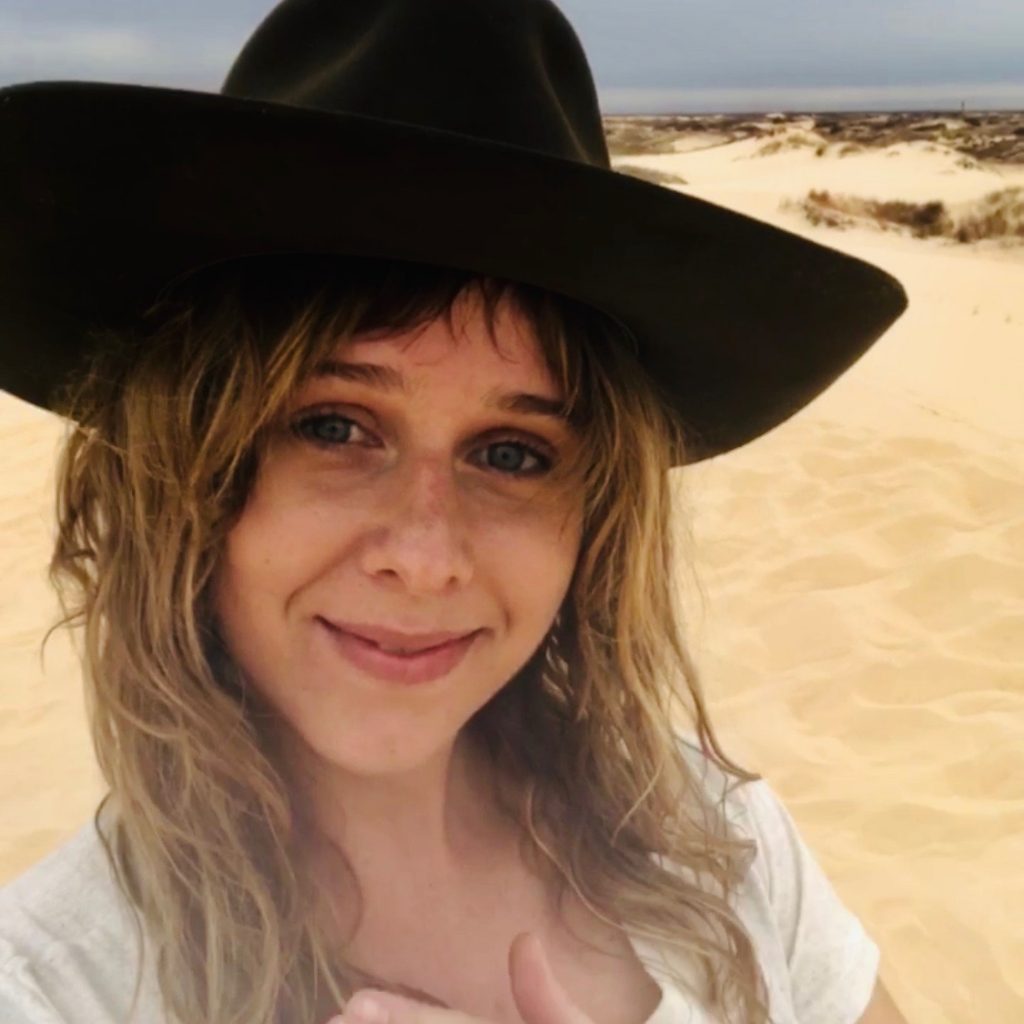 Annalise Gratovich is a print-centric artist specializing in etchings and woodcuts. She exhibits nationally and internationally and travels as a guest artist and lecturer to Universities and print shops where her work is published. Annalise has a professional background in print publishing, curating, and collections management, and currently resides in the Prints and Drawings Department of the Blanton Museum of Art in Austin, Texas. She sits on the Board of Directors of PrintAustin and Marfa Community Print, organizations promoting printmaking through education and community engagement.

Annalise’s work engages themes of personhood and identity at the intersection of longing and belonging. Her figurative work draws upon personal and cultural identity and ancestral stories, alluding to a time and place that is far away and perhaps cannot be returned to. She creates her prints by hand from start to finish, carving wood, etching metal, dyeing paper, and using manual printing presses to create multiple originals. 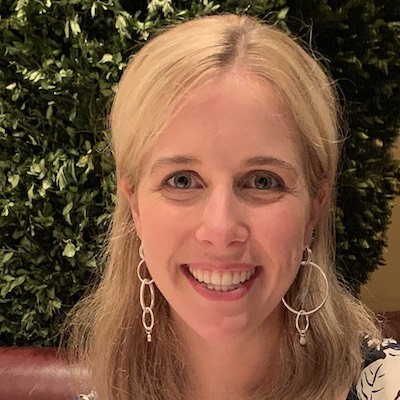 Genevra Higginson is the Curatorial Assistant for Prints and Drawings at the Blanton Museum of Art. She recently highlighted five women artists in the print collection for the museum’s blog. Prior to joining the Blanton, Genevra held positions at the Museum of Fine Arts, Boston, the Art Institute of Chicago, and the Museum of Contemporary Art, Chicago. Genevra earned her master’s degree in early modern print culture at the Courtauld Institute of Art, and her undergraduate degree in art history at the University of Virginia.

Step inside the galleries of the museum….virtually! Our interactive 360-degree video tours let you move through exhibitions online, enhancing your “visit” with high-resolution images, in-depth descriptive text, audio commentary from curators, and even videos. First up, you can explore our exhibition The Avant-garde Networks of Amauta: Argentina, Mexico, and Peru in the 1920s. Stay tuned for more virtual visits soon! 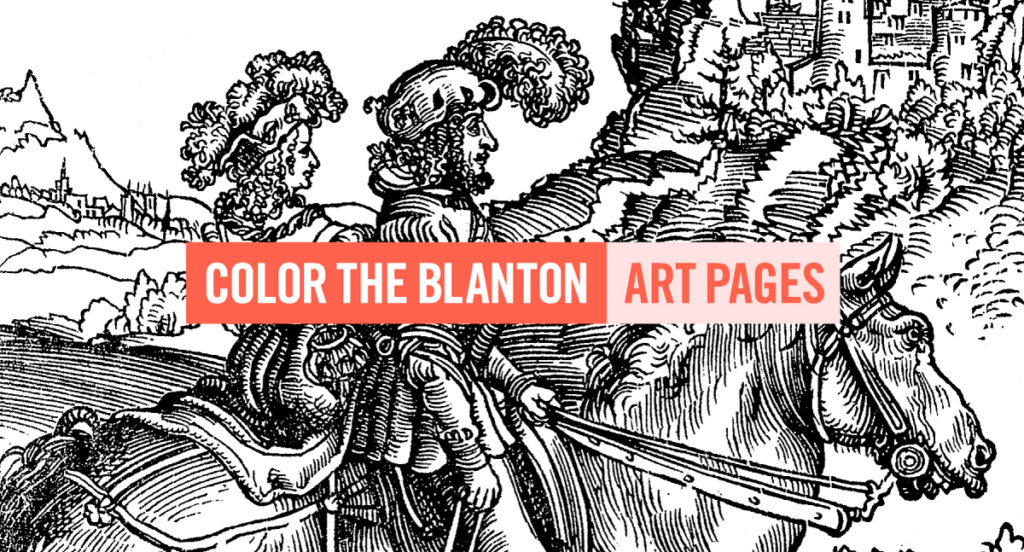 Fun and relaxing for all ages, these downloadable art pages feature works of art from the Blanton collection and are a lovely way to color the day away!

Post your colorful creations on social media and remember to tag them with #ColorTheBlanton and @blantonmuseum so we can re-share!

Natural Beauty
Lush landscapes and fantastic flora bring the outdoors to you with these “Natural Beauty” pages from our prints and drawings collection.

Fabulous Fashion
Ready for your creative coloring, these “Fabulous Fashion” pages show a variety of the clothes folks wore in days of yore – as found in our prints and drawings collection.

We had so much fun sharing this challenge with our community and saw an abundance of creativity with the entries! We asked our followers to vote for a winner in two categories (Amateur and Professional) and the final votes are now counted! Congratulations to Stephanie Belov of Saint Elmo Architecture Studio for the Amateur win and Christine Williams of Cookies Del Mundo for the Professional win.

Check out our gallery of entries below and read this article in PBS Newshour to learn about how the #BlantonBakeoff began!

In January 2015, the renowned American artist Ellsworth Kelly gifted to the Blanton the design concept for his most monumental work, a 2,715-square-foot stone building with luminous colored glass windows, a totemic wood sculpture, and fourteen black and white marble panels. Titled Austin, honoring the artist’s tradition of naming particular works for the places for which they are destined, the structure is the only building the artist designed, and will be his most lasting legacy. Envisioned by Kelly as a site for joy and contemplation, Austin is a cornerstone of the Blanton’s permanent collection and will enrich the lives of visitors from around the world.

Artists Talk to the Blanton

The Blanton’s permanent collection of over 19,000 works is recognized for its European paintings, prints and drawings, and modern and contemporary American and Latin American art. Browse by collection area or search the entire collection.

Get more out of our collections and exhibitions through this in-depth series! Explore artistic themes, learn about connected histories, and observe works in more detail. Your art education starts here!

We Need Art—and You—Now More Than Ever

As a nonprofit, the Blanton depends heavily on admissions, membership, donations, and other income to be able to pay for our programs and staff—so the recent 5-month closure significantly impacted us. Now that we’ve reopened, it will be at a reduced capacity to allow for social distancing, therefore limiting admissions income for an additional, extended period. We have set-up the Blanton Together Fund to support our COVID-19 response plan. Gifts of any size will together help us get through these tough times and ensure the Blanton remains a vibrant cultural resource for our community, now and in the future.

To make a gift by check, please return this form and your contribution to: Texas Development, The University of Texas at Austin, PO Box 7458, Austin, TX 78713