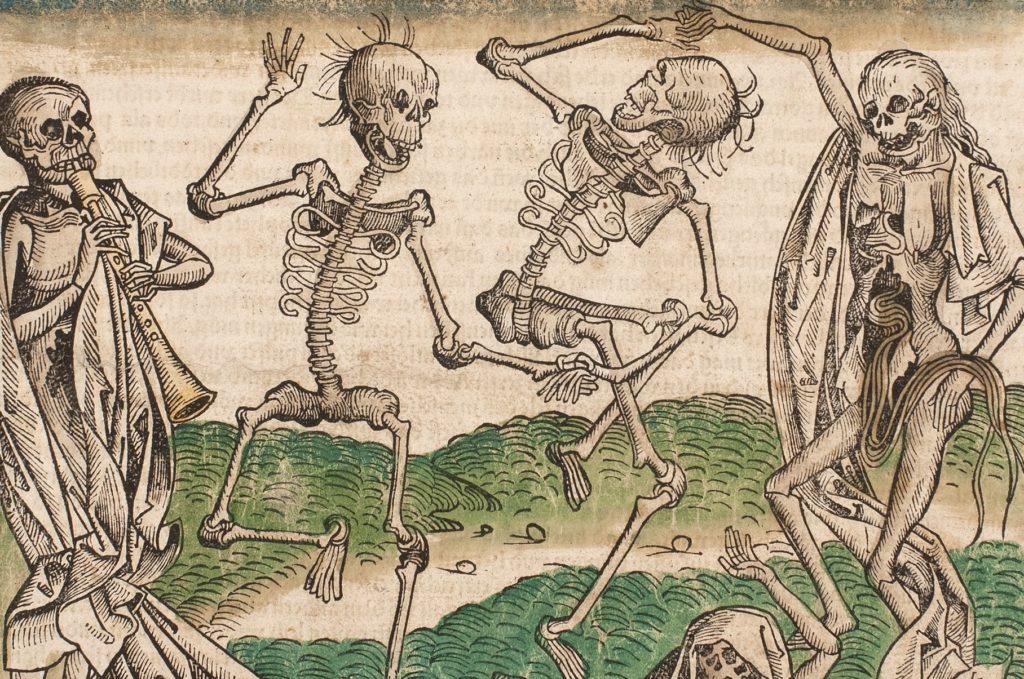 It’s equal parts merry and macabre. Wicked and wonderful. Delightful and demented.
Our Dancing with Death exhibition explores interpretations of Death in works of art on paper that span the fifteenth to twentieth centuries, and it’s on view now through November 26th, 2017. Lucky for you, ours isn’t the only marvelously macabre collection in the Lone Star State this time of year. We found a few other exhibitions and museums to fuel your fiendish fascinations. Check out our Top 5 Texas haunts to visit this Halloween. 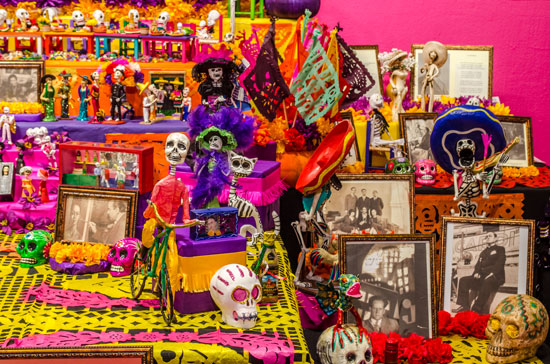 Mexic-Arte Museum
Love to Death: Community Altars
September 15 – November 26, 2017
Artists, community groups, and individuals are invited to create commemorative altars dedicated to the lives of influential figures who served the Austin community, figures from popular culture, and loved ones who have passed. 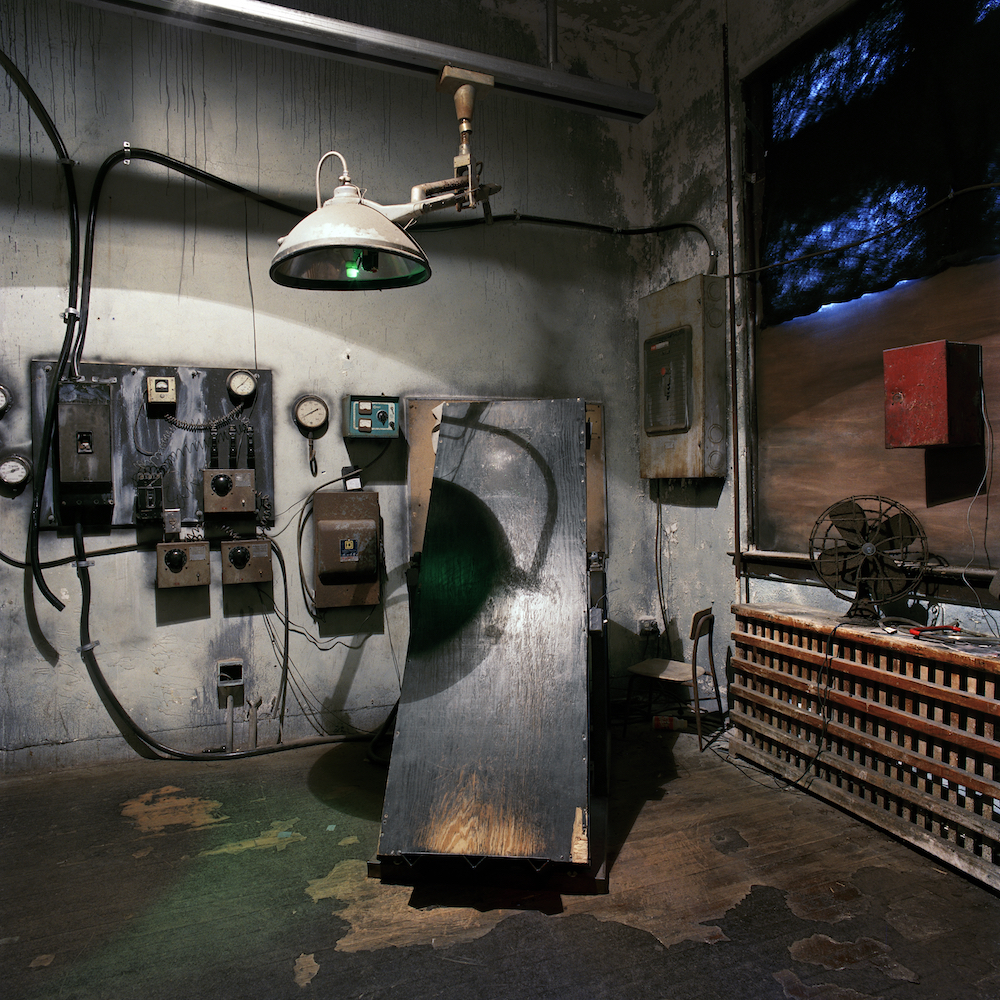 The Modern
Haunt
September 23 – November 26, 2017
Senior curator of this exhibition, Andrea Karnes, says, “The imagery in Haunt is both beautiful and horrific, but moreover, the series magnifies the strangeness of the existence of such places, where fantasies are manifested. People desire, and will pay for, the sensation of fear, and that is a surprising and provocative revelation that comes out in these works.”  Misty Keasler created this series of photographs using haunted houses as her muse which provides a spooky perspective into the world of “paid-for-chills.” 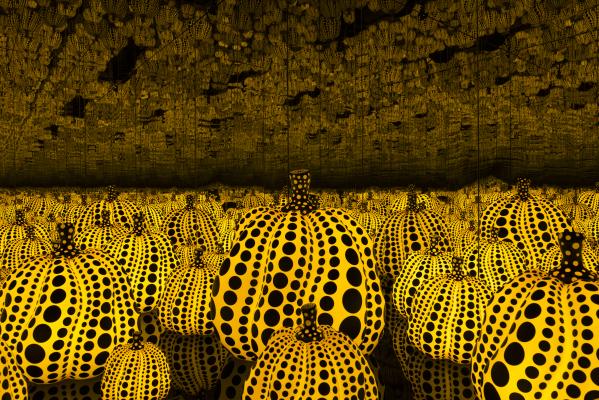 Photo via Dallas Museum of Art

Dallas Museum of Art
All the Eternal Love I have for Pumpkins
October 1 – February 25, 2018
Yayoi Kusama’s work is to be enjoyed all year round, so it would be horrifying if you missed out on the Dallas Museum of Art’s recent acquisition — on view now until February 2018.  Plus, there are pumpkins galore, which is completely in theme for the season. 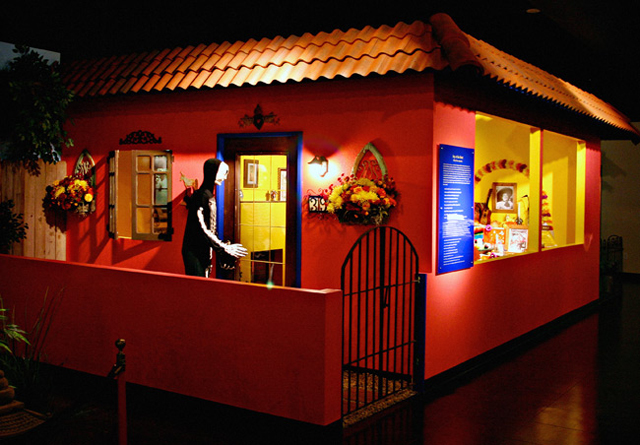 Museum of Funeral History
Ongoing
What better way to celebrate the month of death-inspired antics than by visiting the museum dedicated to the rites of deathly passage?  Listed in Atlas Obscura, this collection inspires you to take some time out (before time runs out) to learn about the funerals of national leaders, or to explore the traditions of Día de los Muertos via a full-scale model home. 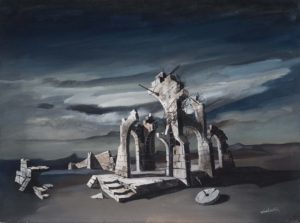 McNay Museum
Stage Frights: Madness, Monsters Mayhem
September 28 – December 31, 2017
Featuring scene and costume designs for plays, operas, and ballets, Stage Fright explores the darker side of our imagination, stirring the depths of our most frightening fantasies through their transformed museum space.  Fear guaranteed.