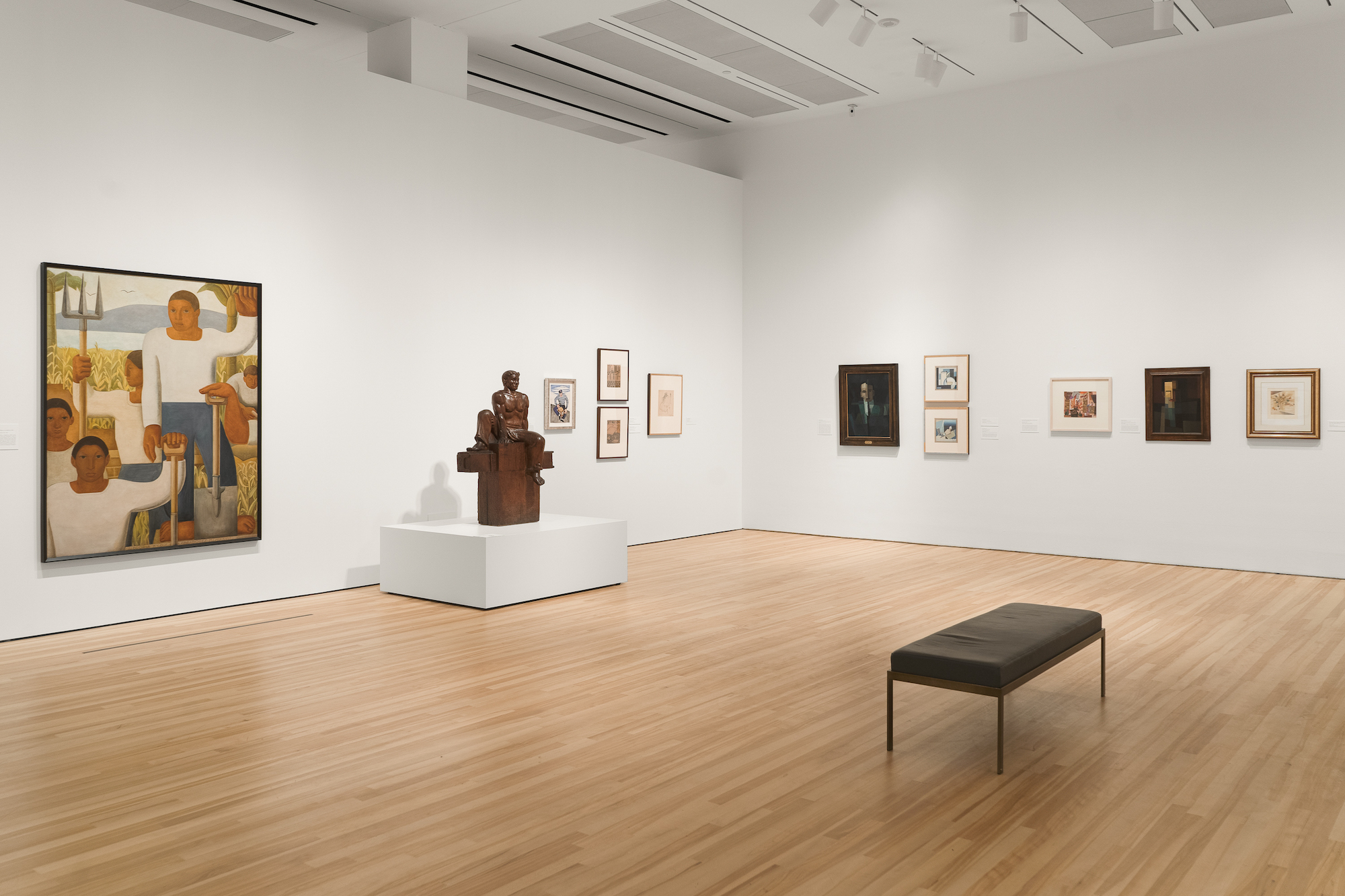 The Avant-garde Networks of Amauta: Argentina, Mexico, and Peru in the 1920s

The 1920s were a period of rapid modernization and artistic innovation across the globe; magazines played an integral role in disseminating bold new ideas and movements. The Avant-Garde Networks of Amauta: Argentina, Mexico, and Peru in the 1920s explores this history in Latin America through the magazine Amauta, published in Peru from 1926 to 1930. With an expansive network of collaborators, Amauta captured major artistic and political conversations of the decade including international discussions of the avant-garde, traditional craft as innovation, the visual identity of leftist politics, and the movement of Indigenism. The exhibition has more than 200 objects — including paintings, sculptures, poetry, ceramics, tapestries, woodcut prints, publications, and ephemera —  that richly evoke the milieu of this radical period.

Share your exhibition experience on social using the hashtag #AmautaATX

2.20.20 – Art Talk: The Agony of the Image: Mariátegui, Amauta and the Paradoxes of a Socialist “Indigenismo”

Hyperallergic, An Avant-Garde Magazine That Promoted The Indigenism Movement

The Austin Chronicle, New Exhibit at the Blanton Will Have You Feeling the Bern

The Avant-garde Networks of Amauta: Argentina, Mexico, and Peru in the 1920s is organized by the Blanton Museum of Art and the Museo de Arte de Lima.

Major funding for the exhibition is provided by The Diane and Bruce Halle Foundation.

Generous funding is also provided by Judy and Charles Tate, Jeanne and Michael Klein, PromPerú, and the Scurlock Foundation Exhibition Endowment, with additional support from Sarah and Ernest Butler.

Installation View of The Avant-Garde Networks of Amauta: Argentina, Mexico, and Peru in the 1920s, February 16 – August 30, 2020, Blanton Museum of Art, The University of Texas at Austin