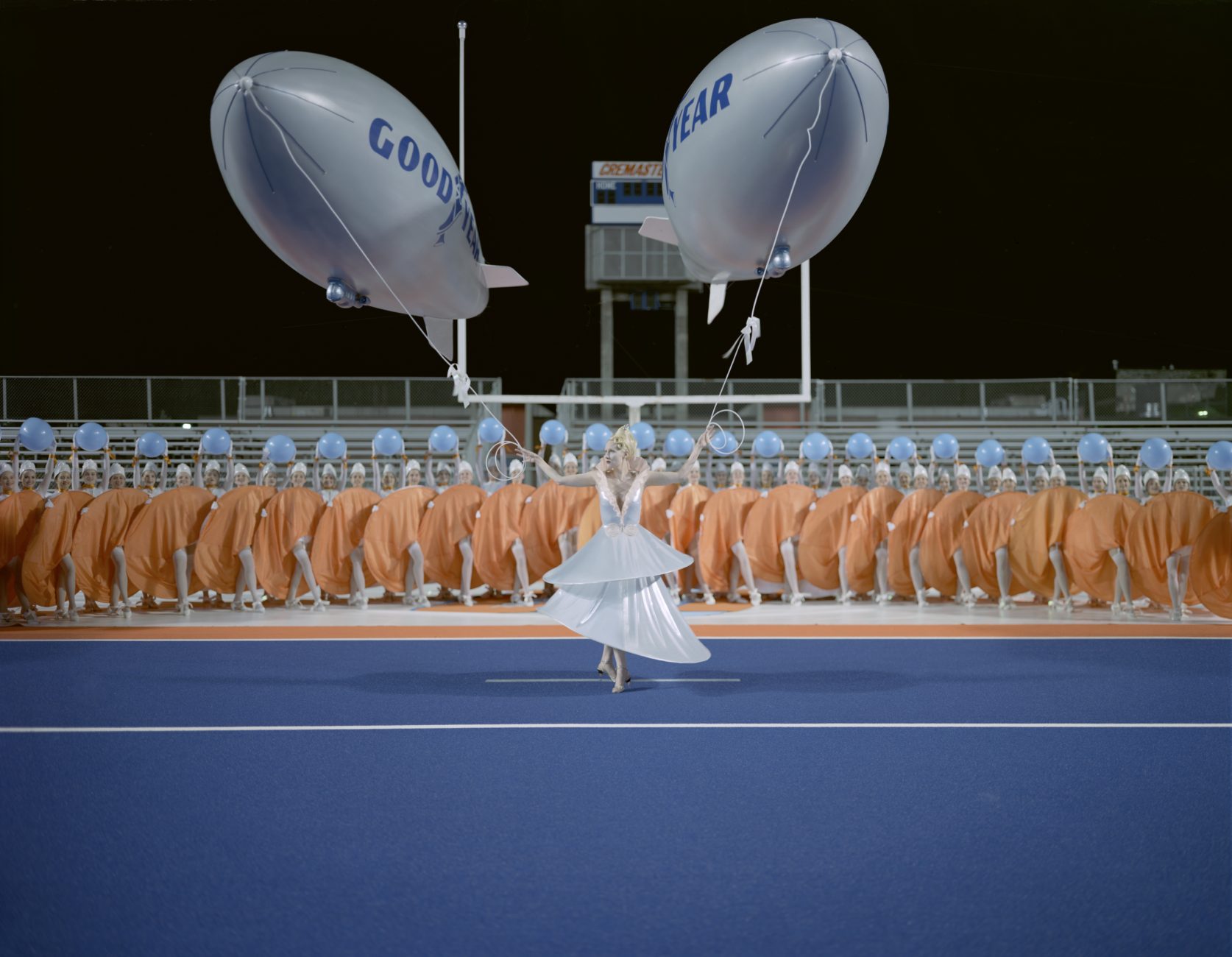 The Blanton Museum of Art at the University of Texas at Austin presents Come as You Are: Art of the 1990s, the first major museum survey to examine, within an historical context, art that emerged in this pivotal decade. The exhibition showcases approximately 45 artists born or practicing in the United States—including Doug Aitken, Felix Gonzalez-Torres, Glenn Ligon, Donald Moffett, Shirin Neshat, Catherine Opie, Gabriel Orozco, Shahzia Sikander, Frances Stark, and Kara Walker—and features installation, video, painting, sculpture, drawing, prints, photography, and early Internet art. Organized by the Montclair Art Museum in New Jersey, the survey includes works created from 1989 to 2001, and explores a range of social and political issues as diverse as the decade from which they emerged.

“The 1990s irrevocably changed the way we function as a society and reshaped the arts in critical ways,” remarked Blanton director Simone Wicha. “The shifts caused by the digital revolution and globalization made the world feel like a smaller place and put artists of diverse backgrounds on a more level playing field. Come as You Are will illuminate this revolutionary period in art making, the social and political issues these artists addressed, and the impact of the decade on our lives today.”

Titled after the 1992 anthem by Nirvana, Come as You Are speaks to the issues of identity that were shaped by the effects of digital technologies and global migration. The artists in the exhibition made their initial “point of entry” into the art historical discourse during the 1990s and reflect the increasingly heterogeneous nature of the art world during this time, when many women artists and artists of color attained unprecedented prominence. The 1990s was a decade of tremendous social, political, and economic change. The period’s defining event was the digital revolution, which altered everything from everyday communication, to international commerce, to global geopolitics. In particular, the rise of the Internet dramatically increased the volume of visual stimuli and information circulating throughout the world, which people struggled to navigate and process.

Contemporary artists grappled with the effects of the digital age, further shaped by events such as the fall of the Berlin Wall (1989), the first Gulf War, and the Los Angeles riots following the Rodney King verdict (1992). Artists of the decade often addressed these events specifically in their work, but also situated them within the context of changes particular to the art world, such as the “culture wars” surrounding artistic freedom and censorship; the impact of new media (video, sound, and digital art) on artistic practice; and the expansion of the global art market, with its explosion of art fairs and art markets.

The Blanton’s presentation will be complemented by a unique selection of works that focus on the AIDS crisis and its impact on the art of the 1990s. Other significant highlights of the exhibition include:

In conjunction with the exhibition, the Blanton will screen The CREMASTER Cycle, a series of five visually arresting films that artist Matthew Barney created and produced. Considered to be some of the most significant and elaborate artworks of the 1990s, the films were made out of sequence (CREMASTER 4 in 1994, CREMASTER 1 in 1995, followed by 5, 2, and finally CREMASTER 3 in 2002) and the content of each touches on biological models, mythological and historical paradigms, and Barney’s unique symbology. The Blanton will screen The CREMASTER Cycle films individually throughout the duration of Come as You Are, and will screen the complete suite of five works together in their entirety during the week of the SXSW Festival in Austin, March 15– 20, 2016. Free with museum admission.

Come As You Are is accompanied by the most definitive catalogue on the art of the 1990s to date. Co-published by the University of California Press and the Montclair Art Museum, it includes four essays by exhibition curator Alexandra Schwartz and seven short, thematic essays by some of today’s foremost contemporary art historians. Additionally, the catalogue contains a comprehensive chronology of the decade’s key artistic, political, and cultural events and an extensive bibliography.

This exhibition is organized by the Montclair Art Museum and made possible with generous support from The Andy Warhol Foundation for the Visual Arts.

Generous funding for this exhibition at the Blanton is provided by Jeanne and Michael Klein, with additional support provided by Kathleen Irvin Loughlin and Christopher Loughlin, and Jenny and Trey Laird.

Your Mixtape is a Masterpiece and We Want to Hear it!

Screenings: Films of the 1990s

Parker Posey’s breakout performance as a library clerk with a wild nightlife. Co-presented with Homo Arigato.

The powerful documentary about the AIDS epidemic, political indifference, and the activists fighting for public health and social justice in the 1980s and 1990s. Assistant Curator Evan Garza will speak about the works of Felix Gonzalez-Torres in a short lecture preceding the film.

Artist Michael Nesline and Blanton curator Evan Garza talk about artists’ responses to the AIDS crisis as depicted in the exhibition Come as You Are: Art of the 1990s.

Blanton curator Veronica Roberts leads a gallery talk on Come as You Are: Art of the 1990s.

Composer Graham Reynolds talks about the influence of the visual art of the 1990s and the exhibition Come as You Are: Art of the 1990s.

Artist Byron Kim talks about his practice and his work Synecdoche, which is included in the current exhibition Come as You Are: Art of the 1990s.

Alexandra Schwartz is the founding curator of contemporary art at the Montclair Art Museum. She gives a gallery talk about the exhibition she’s curated, Come as You Are: Art of the 1990s.