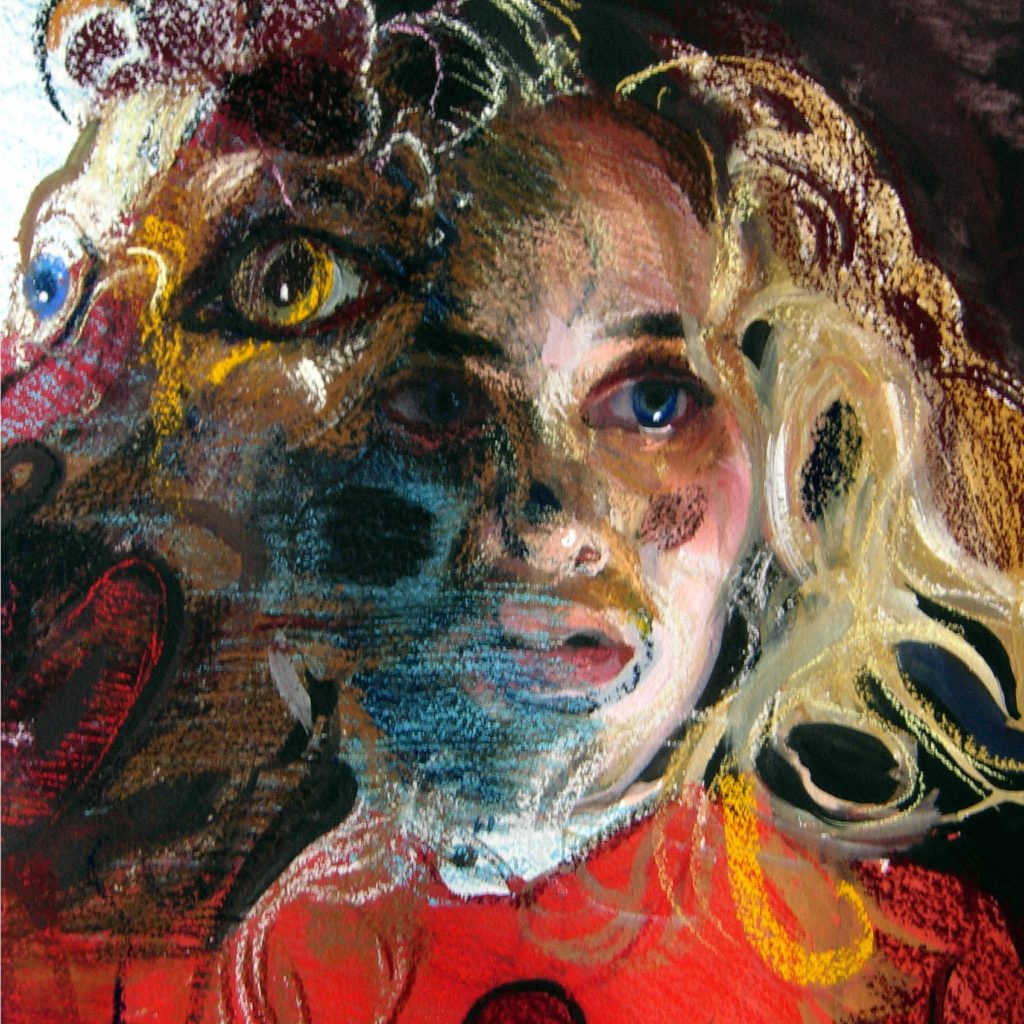 The Blanton Museum of Art presents Natalie Frank: The Brothers Grimm, an exhibition of more than 30 gouache and pastel drawings by artist Natalie Frank, a New York-based Austin native. Organized by The Drawing Center in New York, this presentation explores the nineteenth-century fairy tales of Jacob and Wilhelm Grimm, including well-known stories such as Cinderella and Snow White, and more obscure tales such as The Lettuce Donkey and The Ungrateful Son. Her drawings function as a feminist reimagining of the stories. In them, Frank renders key scenes from each fairy tale, investigating the ways in which they address gender, sexuality, and complex familial dynamics. Drawing upon the history of illustrated books, figuration, and personal and political narrative, Frank’s drawings represent the largest collection of Grimm’s fairy tales ever illustrated by a fine artist.

“Natalie Frank shares with us her striking vision for the original folk tales by the Brothers Grimm, which are complex and at times very intense,“ remarks Blanton director Simone Wicha. “Her vibrant and evocative drawings will change the way we understand the fairy tales that so many of us grew up with and will surely capture the curiosity of art lovers and literary buffs alike. We are thrilled to partner with The Drawing Center to bring this exhibition to the Blanton. “

Written between 1812 and 1857 and subsequently translated into more than 160 languages, the Grimm’s fairy tales are known and loved by children the world over. What is less known is that these stories were originally intended for adults, with later editions expunged of sexuality and violence. Even lesser known is that while the Grimm brothers gathered and adapted these stories for print, the stories were first oral tales that were produced, collected, and shared largely by women. For this body of work, Frank uses the original, often graphic versions of the narratives as a point of departure, examining the vast emotional, physical, and intellectual transformation of the stories’ female characters. In an interview with the Wall Street Journal, Frank described delving into the early, unsanitized editions where women held almost no power over their fates. In these stories, the princesses, hags, and witches seemed complex; according to Ms. Frank, “I started making drawings that could reflect these characters’ vulnerabilities and strengths.”

A virtuosic painter, she has chosen to work exclusively—and for the first time—in gouache and chalk pastel. Her decision to translate the Grimm stories into drawings is fitting given the tradition of illustration in these narratives: although the first editions were not illustrated, a third Grimm brother illustrated subsequent editions as part of a larger sanitization of the tales that attempted to increase their broad popularity and appeal to children. Many of the stories we identify most closely with the Grimms today we associate with illustrations that have denied these stories’ dark and original forms.

Alongside this exhibition, Frank’s first book, published by Damiani and designed by Marian Bantjes, explores 36 of these original tales through a collection of 75 color drawings, accompanied by hand-drawn title pages, borders, and drawings throughout the book. Using translations by fairy tale scholar Jack Zipes and with an introduction by Zipes, the book also includes an essay by Drawing Center Senior Curator Claire Gilman, a conversation between the artist and Tony-award winning director Julie Taymor, and an essay by the distinguished feminist art historian, Linda Nochlin. In her essay for the book, Nochlin writes, “Frank’s versions of the familiar and not-so-familiar tales are un-syrupy and anti-Disneyesque, sometimes gruesome. Cruelty and crude eroticism, magic and bizarre fantasy, mark their folkloristic roots; weirdness and irrationality distance them from both everyday life and the moralism of happily ever after.”

The Blanton has recently acquired seven works from Frank’s Brothers Grimmseries: four drawings dedicated to Cinderella and three devoted to Rapunzel. This exhibition marks the first time that they will be presented at the museum.

In conjunction with the exhibition, the following public programs have been organized, among others:

Storyteller Tom Lee performs a selection of stories depicted in Natalie Frank’s drawings of the tales of the Brothers Grimm. This performance emphasizes the stories as they appeared in the first edition, with darker tones than the later revisions.

Natalie Frank: The Brothers Grimm is organized by the Drawing Center, New York, and made possible by the support of The Evelyn Toll Family Foundation, Merrill Mahan, Stephanie Ingrassia, Sarah Peter, Kim Manocherian, Irwin and MaryAnn Gold, and Liz Parks. Special thanks to Rhona Hoffman Gallery and ACME. Funding for this exhibition at the Blanton is provided by Beverly Dale, Eric Herschmann and family, Jenny and Trey Laird, and Kathleen Irvin Loughlin and Christopher Loughlin.