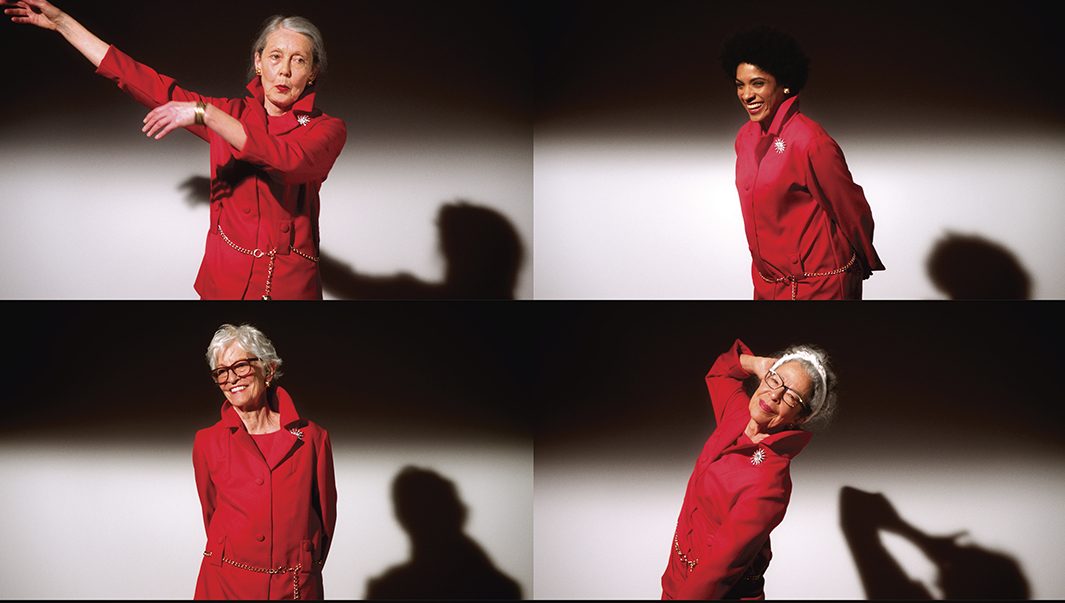 Suzanne Bocanegra’s immersive video installation Valley (2018) presents eight women artists reenacting Judy Garland’s wardrobe test for the 1967 cult film Valley of the Dolls. Garland’s casting as a lead in the story of three women undone by drugs and show business was brief; suffering from addiction herself and reputedly unpredictable, Garland was fired just days into filming. She took the costumes with her and wore them in concerts until her death from a barbiturate overdose in 1969. The wardrobe test is the only footage of Garland from the film that survives. In it, she seems fragile as she poses awkwardly in a series of outfits. Despite having grown up a star, she appears self-conscious and unsure of herself in front of the camera.

Suzanne Bocanegra (Houston, Texas, 1957 – New York City, present) earned her BFA from The University of Texas at Austin and her MFA from the San Francisco Art Institute, California. A recipient of a 2020 Guggenheim Fellowship, the Robert Rauschenberg Award from the Foundation for Contemporary Art, and the Rome Prize, she has received grants from the Pollock-Krasner Foundation, the Tiffany Foundation, the Joan Mitchell Foundation, the National Endowment for the Arts, and the New York Foundation for the Arts. Her recent work involves large-scale performance and installation, frequently translating two-dimensional information, images, and ideas from the past into three-dimensional staging, movement, and music.

Suzanne Bocanegra: Valley is organized by the Blanton Museum of Art.

Major funding for this exhibition is provided by Suzanne Deal Booth.