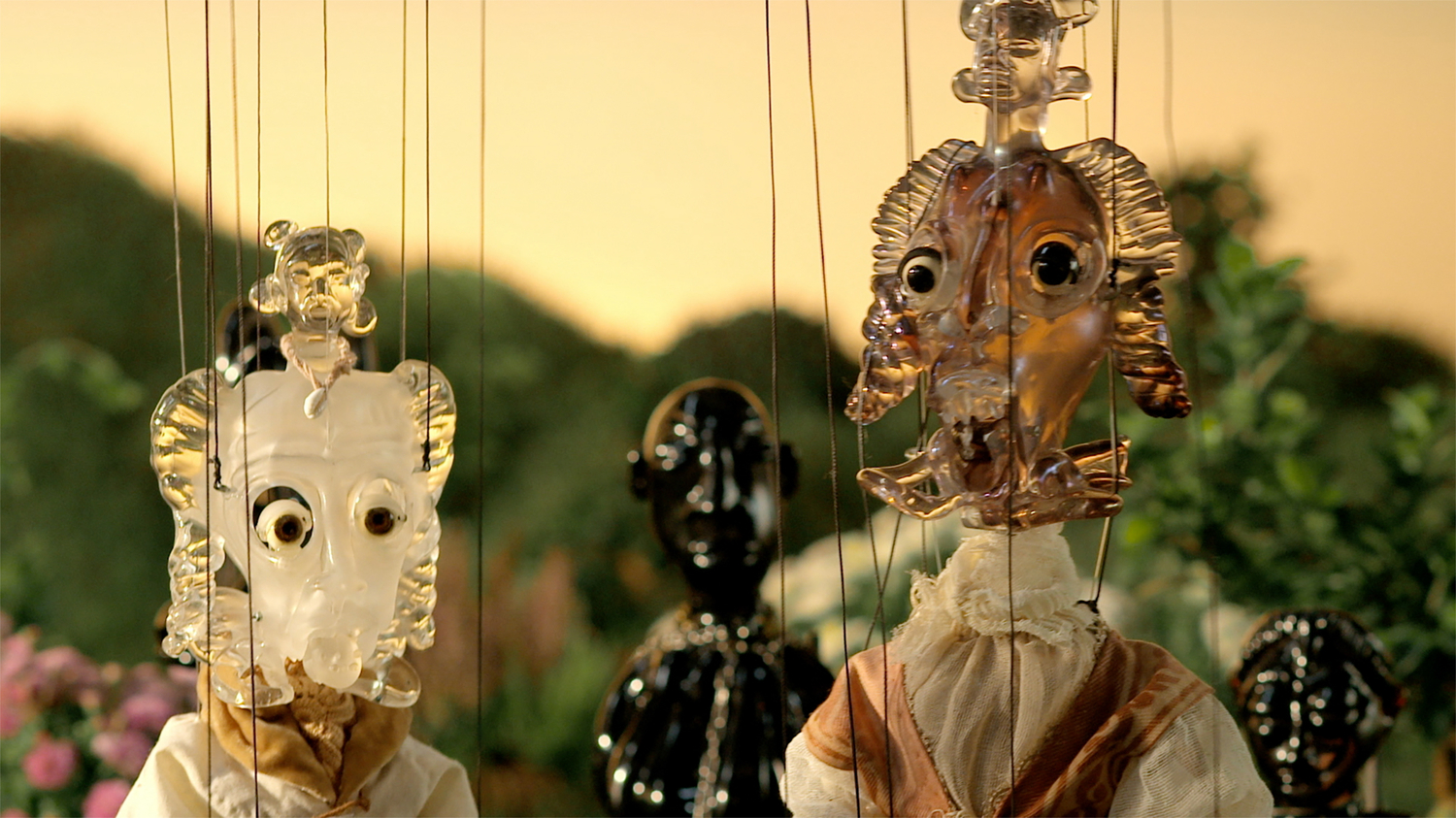 The Blanton will screen the third and final installment of Egyptian artist Wael Shawky’s widely-acclaimed series Cabaret Crusades, his epic exploration of the religious wars fought in the Medieval period. Cabaret Crusades III: The Secrets of Karbala (2014) is, like all three works in the trilogy, based on the 1983 book The Crusades through Arab Eyes by the French-Lebanese writer Amin Maalouf. Interested in history’s interpretation more than history itself, Shawky created a highly stylized visual language using marionette puppets of blown glass and a handmade, revolving set. Though the film’s source material was originally written in French, Shawky had excerpts translated into classical Arabic–a nod to the book’s title and concept–in order to create his script. The puppets speak in that language, with subtitles in English. The result is a mesmerizing, visually stunning journey through a conflict whose effects still resonate in today’s world. “History and theater are caught up in each other. That’s why I chose the title Cabaret Crusades.”

The Film & Video Gallery is organized by the Blanton Museum of Art.

Major funding is provided by Jeanne and Michael Klein.