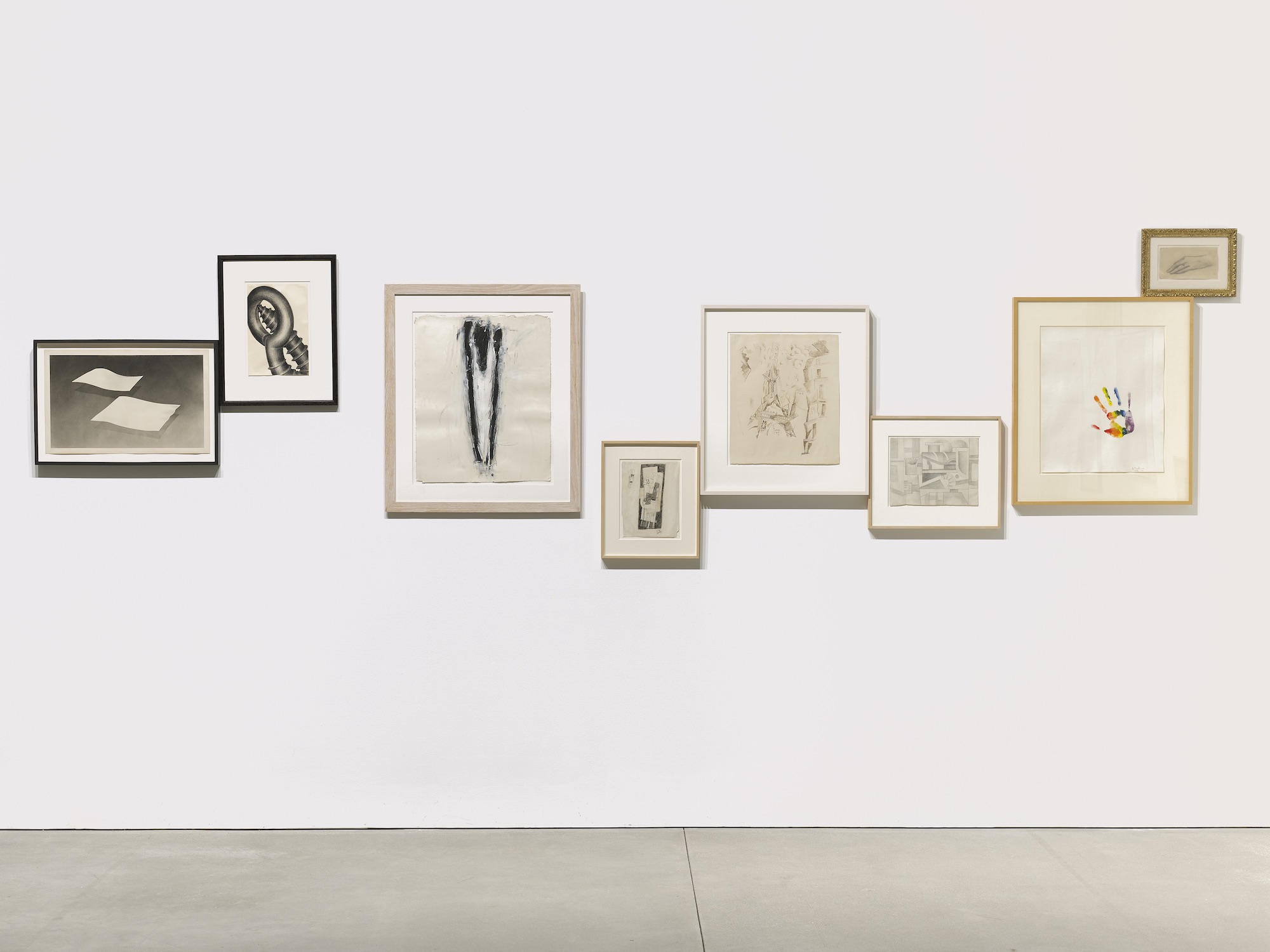 Drawn: From the Collection of Jack Shear

Jack Shear has long had an interest in how artists collect the work of other artists. In 1999 he co-organized an exhibition on this topic at New York’s Drawing Center, Drawn from Artist’s Collections. Shear is a deeply curious collector with an interest in many types of art, but he has recently focused much of  his attention on drawings. As an artist himself, he understands how this medium is often closest to the nascence of creativity: drawing generally records it’s maker’s thoughts with unequivocal directness. This exhibition will be curated by Shear in an exploratory, free-flowing manner in which the forms, compositions and colors on the sheets respond to one another in a playful, non-traditional hang, as in the photograph above. Shear is a photographer, curator and Executive Director of the Ellsworth Kelly Foundation. He was instrumental in bringing Kelly’s Austin to the Blanton Museum of Art.