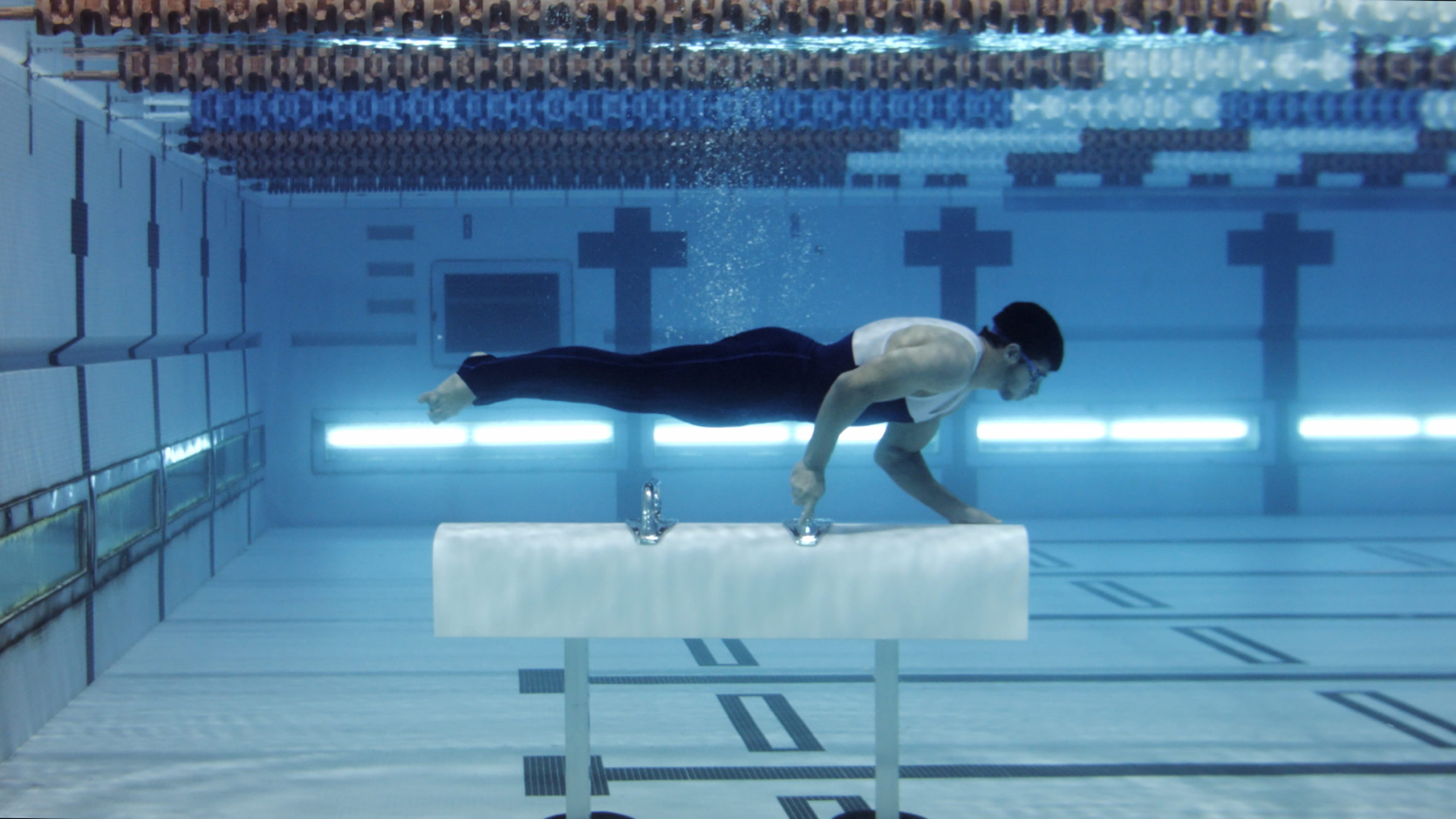 R. Eric McMaster’s work explores the protocols that govern various sports by manipulating, isolating, or restricting the rules and conditions that determine athletes’ movements. In A Change of Atmosphere (2015), a gymnast performs his pommel horse routine underwater, struggling with the awkwardness of breathing and the challenge of buoyancy rather than gravity. The Obstruction of Action by the Presence of Order (2012–13) appropriates footage from the 2012 Summer Olympics of athletes awaiting the signal to perform. The Obstruction of Action by the Existence of Form (2012–13) places two hockey teams in a custom rink a fraction of regulation size, forcing them to play shoulder to shoulder. McMaster has stated: “When we experience the familiar disrupted, we often can’t clearly categorize the experience.” The results can be humorous or awe-inspiring—sometimes both simultaneously—and often demonstrate a vulnerability that both athletes and non-athletes can relate to.

The Film & Video Gallery is organized by the Blanton Museum of Art.

Major funding is provided by Jeanne and Michael Klein.