Behind the Velvet Curtain: The Makings of the Blanton’s Symbolist Exhibition 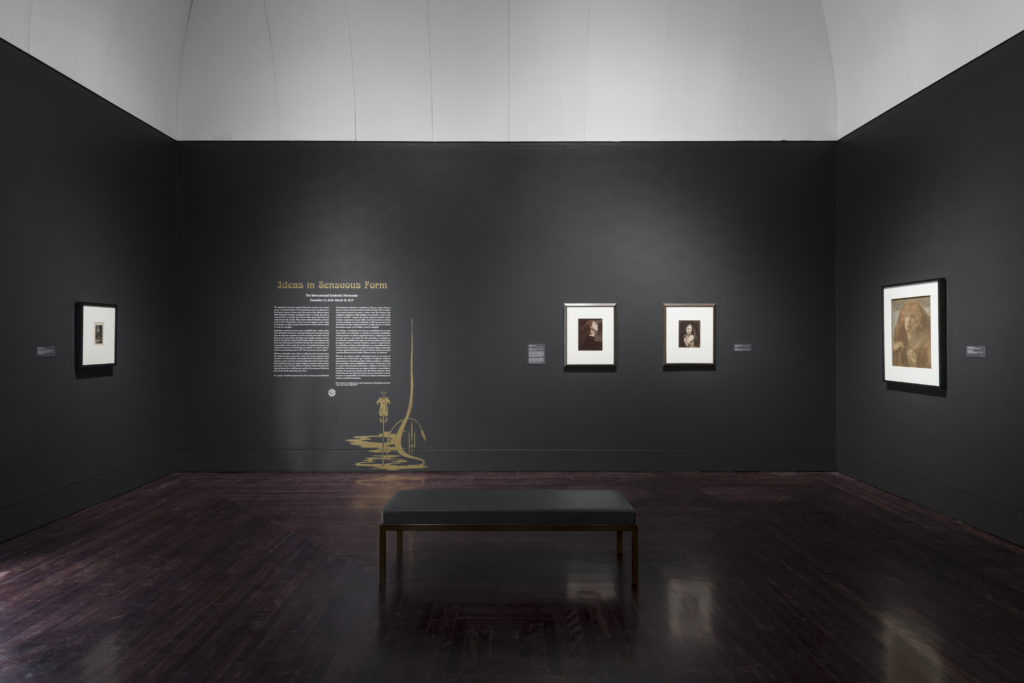 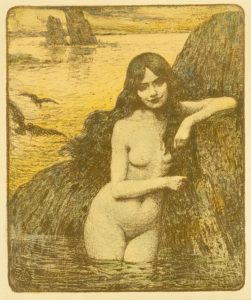 Charles-François-Prosper Guérin, Sirène [Siren], from L’Estampe moderne [The Modern Print], 1899, Color lithograph, 14 15/16 x 12 in., Blanton Museum of Art, The University of Texas at Austin, Gift of Alvin and Ethel Romansky, 1977

The Blanton’s display of the movement –featuring Odilon Redon’s fantastical imagery, Gustave Moreau’s dreamlike motifs, and Julia Margaret Cameron’s ethereal photography – positions Symbolism as a catalyst of a larger shift in art history. Symbolism arose in the late 19th century as a literary tradition that encouraged poets and writers to “suggest” emotions and ideas, rather than describe a pragmatic perception of natural phenomena. Symbolist artists’ embrace of subjective experience marked a break from the Realist practice of pictorial accuracy in favor of the abstract and conceptual. This departure legitimized fantasy, eroticism, and individuality in the visual arts, and the revelation continued through the following century, informing the development of later artistic movements like Surrealism, Expressionism, and Art Nouveau. 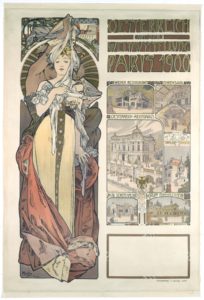 Howard began conceptualizing the look for the gallery space by perusing iconic texts from the Symbolist era. By immersing herself in Joris-Karl Huysmans’s novel Against the Grain, Stéphane Mallarmé and Charles Baudelaire’s poetry, and Jean Moréas’s Symbolist manifesto, Howard transported herself to the late 1800’s, thinking of the political, social, and aesthetic developments of the time. This consideration helped her choose a wall color, lighting, music, and décor that would best represent the intentions and context of the Symbolists.

Howard consulted with Preparator Lauren Hill and Exhibition Designer Matt Langland to further manifest her vision for the show. The three offer respective realms of expertise: Howard acts as a conductor, choosing the featured artworks and their position in the galleries, and Hill and Langland act as the engineers, constructing small models of the gallery space and helping produce the atmospheric elements that harmonize with Howard’s selections. 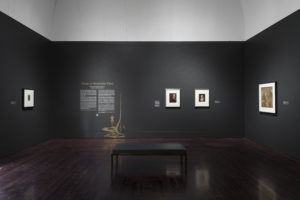 View of Ideas in Sensuous Form: The International Symbolist Movement at the Blanton Museum of Art, The University of Texas at Austin, December 15, 2018 – March 10, 2019

Howards had an unusual proposal for the exhibition: to fabricate velvet curtains for the gallery entrance. Howard believed curtains would establish a deluxe mood from the exhibition’s outset and create a feeling of transportation to an otherworldly realm. For Hill, the production of curtains became an intriguing challenge rather than an unconventional request. While curtain-making is certainly not included in her job description as a Preparator, an expertly trained art handler, Hill taught herself how to craft the shades with the savvy guidance of Youtube and Google. Rather than sewing the drapes, Hill constructed the curtains by summoning the magic of Stitch Witchery, a fabric adhesive, which conveniently (or supernaturally) offered a similar visual and structural effect. Hill selected a plush velvet fabric for the drapery, hoping the rich cloth would limit light from the adjacent hallway and contribute to an impression of opulence. 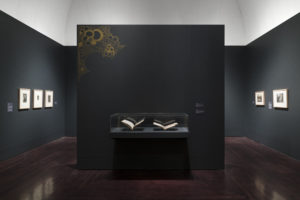 Ideas in Sensuous Form: The International Symbolist Movement at the Blanton Museum of Art, The University of Texas at Austin, December 15, 2018 – March 10, 2019

Perhaps in an act of heavenly ordinance (or diabolical direction!), Howard came across the ideal wall color, a moody Benjamin Moore hue appropriately named “Witching Hour,” which covers the Paper Vault galleries in a decadent, dark-gray tone. The lavish mood is enhanced by gold vinyl wall graphics drawn from Aubrey Beardsley’s illustrations for Oscar Wilde’s play Salomé, which the Blanton borrowed from the Harry Ransom Center for this exhibition. Langland and Howard selected motifs from these images, including a wiry flower, voluptuous peacock feathers, and a cluster of bubble-like forms, which Langland adapted using Photoshop and transformed into the gold vinyl cut-outs affixed to the gallery walls. 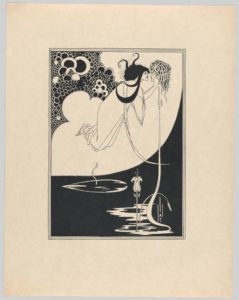 Seeking a creative and unusual way to display the exhibition title, Howard and Langland selected Böcklin, a typeface named after Swiss Symbolist artist Arnold Böcklin. The font was designed and used in the 19th century and offers a serif-like typeface with subtle ornamentation and flairs. Howard and Langland agreed that this lettering would work perfectly for the exhibition logo, and the pair decided to have this title design also produced in gold vinyl, fulfilling a dual purpose of legibility and embellishment.

Hill matched this gilded decor with rich, warm lighting that emphasizes the artworks and provides a sumptuous and dramatic experience for visitors. Howard also created a Spotify playlist, featuring Claude Debussy, Erik Satie, Richard Wagner, and other composers, giving visitors the choice to enrich their viewing experience with an auditory complement. The holistic experience of these atypical embellishments provides a portal into the visual, sensory, and musical manifestations of the time, offering a comprehensive sample of Symbolist delight.

Claire Howard is the Assistant Curator of Modern and Contemporary Art at the Blanton Museum of Art and a PhD candidate in Art History at The University of Texas at Austin. She curated Ideas in Sensuous Form: The International Symbolist Movement and collaborated on the exhibition design with Matt Langland and Lauren Hill.