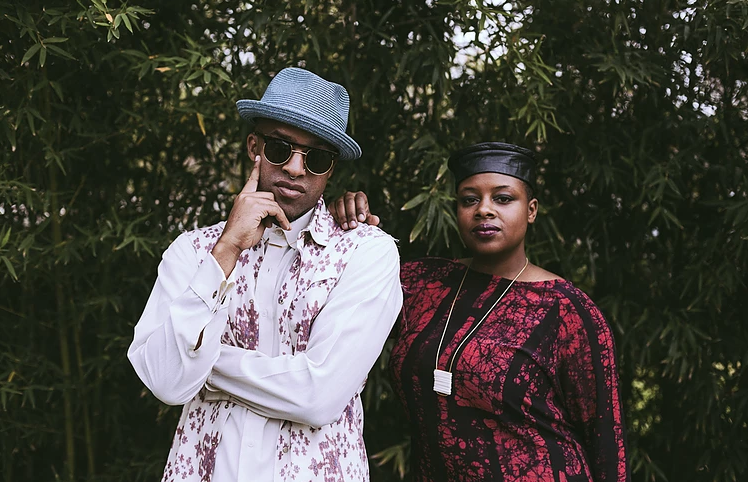 Austin-based hip hop duo Riders Against the Storm (RAS)  will blend musical performance with a visceral discussion about the intersections of indigenous and contemporary worlds: How Hip Hop gets to

Austin-based hip hop duo Riders Against the Storm (RAS)  will blend musical performance with a visceral discussion about the intersections of indigenous and contemporary worlds: How Hip Hop gets to decide who is modern.

ABOUT RIDERS AGAINST THE STORM

(RAS) Riders Against the Storm is a musical movement in Austin, TX that can only be described as ’historic.’ As recent recipients of ’Band of the Year’ honors at the 2014, 2015, and 2016 Austin Music Awards, Chaka and Qi Dada (husband and wife) represent a significant first in the ’Live Music Capital.’ Over the past 32 years, hip hop has never received the top honor at the annual awards show. Winning the title twice in a row is an accomplishment shared by only a handful of bands, including: Spoon, and Los Lonely Boys.

As comfortable in small intimate venues as they are on large festival stages, RAS transforms every audience they reach with a refreshing magic and flair that few possess today. In everything they touch, ceremony scrapes the floor and atmosphere – hopping through, from seam to seam, cloaked in their own ideas of regalia and change, Riders Against the Storm cast out invitations to world – come and party. From beginning to end, audiences need to get ready for what Deborah Senguptah Stith (Austin American Statesman music writer) calls a ’post-milennial second-coming of George Clinton’s mothership.’