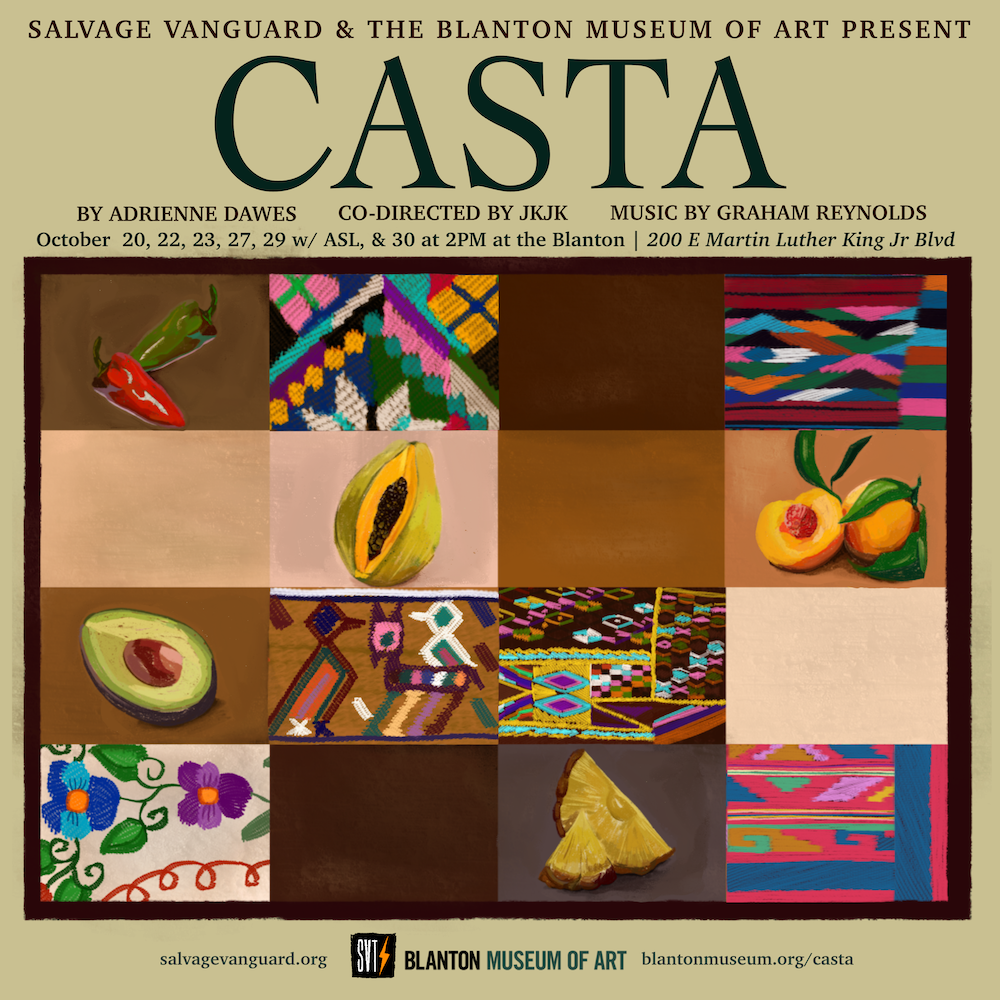 Please note that the event on Saturday, October 29 will be ASL-interpreted.Written by Adrienne DawesCo-directed by jkjk (khattieQ &

Please note that the event on Saturday, October 29 will be ASL-interpreted.

Casta is an intimate multi-lingual performance featuring music, puppetry, and dance. Casta is inspired by a series of casta paintings by Miguel Cabrera. Casta paintings were a unique form of portraiture that grew in popularity over the 18th century in Nueva España/colonial Mexico. The paintings depicted different racial mixtures arranged according to a hierarchy defined by Spanish elites. When a lowly apprentice is commissioned to paint a casta series for a wealthy patron, he tries to conform his work to a set hierarchy. The images revolt, illuminating a complex portrait of fluid Latinx identities. These performances are in conjunction with the exhibition Painted Cloth: Fashion and Ritual in Colonial Latin America and produced by Salvage Vanguard Theater.

These performances are included with museum admission and will take place in the Rapoport atrium inside the museum. For those who do not wish to stand while viewing a performance, limited seating will be available on a first-come, first-served basis. Please check with our Visitor Services team at the front desk upon entry.