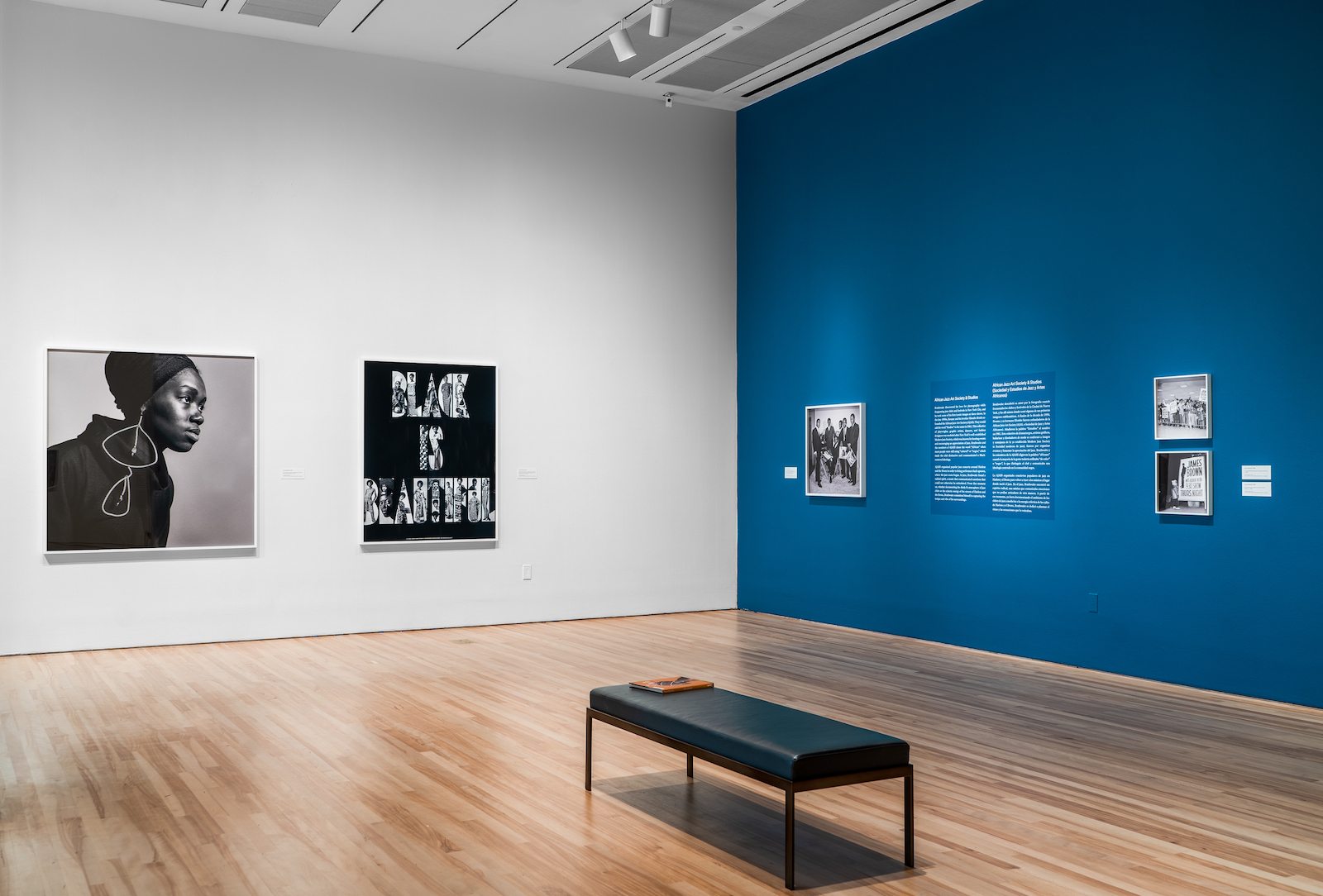 This panel highlights the strength and diversity of UT faculty research in areas related to Kwame Brathwaite’s work, including Black Power studies, African diasporic fashion and self-presentation, and Black feminism. UT faculty members Peniel E. Joseph, Lyndon K. Gill, and Lisa B. Thompson, with special guest Kwame S. Brathwaite, will discuss the historic and cultural contexts of Brathwaite’s photography. This event is organized in partnership with the Center for the Study of Race and Democracy at The University of Texas at Austin’s LBJ School of Public Affairs, in conjunction with the exhibition Black Is Beautiful: The Photography of Kwame Brathwaite.

Dr. Peniel E. Joseph, Ph. D is Founding Director of the Center for the Study of Race and Democracy at the University of Texas at Austin. He holds a joint professorship appointment at the LBJ School of Public Affairs as the Barbara Jordan Chair in Ethics and Political Values, and in History at the College of Liberal Arts. He received a B.A. from SUNY at Stony Brook and a Ph.D. from Temple University. A fellowship recipient of Harvard University’s Charles Warren Center, the Woodrow Wilson International Center for Scholars, and the Ford Foundation, Dr. Joseph serves as frequent commentator on race and social justice. Dr. Joseph’s work has appeared in multiple national publications, and he has authored award-winning books, Waiting ‘Til the Midnight Hour: A Narrative History of Black Power in America, Dark Days, Bright Nights: From Black Power to Barack Obama, and Stokely: A Life. He recently published The Sword and the Shield: The Revolutionary Lives of Malcolm X. and Martin Luther King Jr.

Lisa B. Thompson is professor of African & African Diaspora Studies at the University of Texas at Austin. Her scholarship focuses on Black feminist theory, theatre, film, Black popular culture, and African American literature. Thompson is the author of Beyond the Black Lady: Sexuality and the New African American Middle Class (2009), Single Black Female (2012), and Underground, Monroe, and The Mamalogues: Three Plays (2020). The artist/scholar has received support from a number of institutions including the American Council of Learned Societies, Harvard University’s W. E. B. DuBois Research Institute, Stanford’s Michele R. Clayman Institute for Gender Research, Hedgebrook, the Millay Colony for the Arts, and MacDowell.

Kwame Samori Brathwaite, son of photographer Kwame Brathwaite, is director of the Kwame Brathwaite Archive. He manages the archive as well as collaborative projects that are concordant with the themes in his father’s work, namely activism, politics, fashion and music. Kwame Samori authored a chapter in the book Mod New York: Fashion Takes a Trip (2017) and has lectured at numerous institutions, including the Harvard Art Museums, Cambridge, Massachusetts; Courtauld Institute of Art, London; and Museum of the City of New York. He co-curated Celebrity and the Everyday at Philip Martin Gallery, Los Angeles; and curated Black Is Beautiful: The Photography of Kwame Brathwaite, a touring exhibition, in partnership with Aperture Foundation. Also a real-estate professional, Brathwaite graduated from Amherst College, Massachusetts, in 1996 with a BA in law, jurisprudence, and social thought; and from the University of Southern California’s Marshall School of Business in 2018 with an MBA. He lives in San Marino, California, with his wife and three children.

Feature Image Credit: Installation view of Black Is Beautiful: The Photography of Kwame Brathwaite, June 27, 2021 – September 19, 2021, Blanton Museum of Art, The University of Texas at Austin