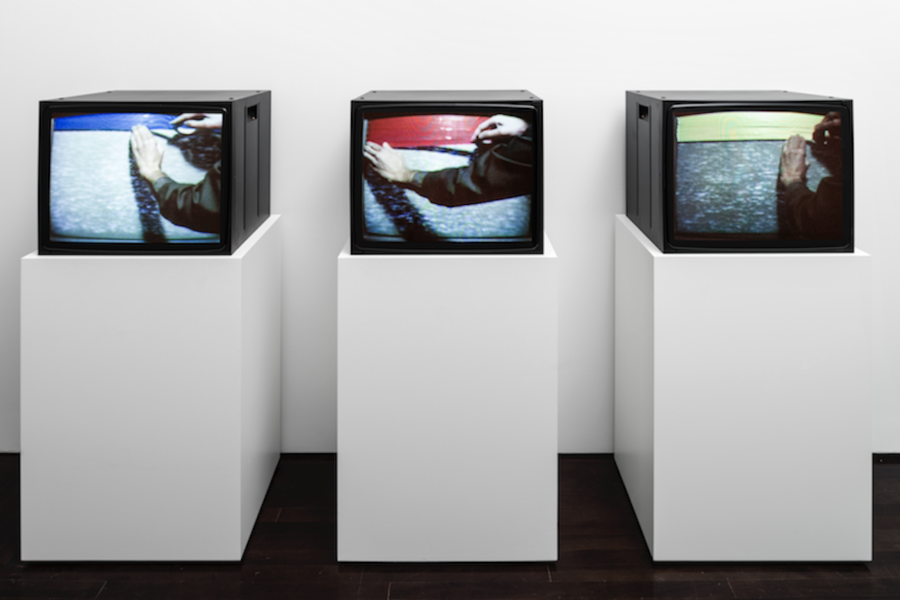 Join us for a discussion led by Art Historian, Daniel Quiles, around the work of Jaime Davidovich, whose work Blue, Red, Yellow is currently on view. About Daniel Quiles Daniel Quiles is an

Join us for a discussion led by Art Historian, Daniel Quiles, around the work of Jaime Davidovich, whose work Blue, Red, Yellow is currently on view.

Daniel Quiles is an Assistant Professor of Art History, Theory, and Criticism at the School of the Art Institute of Chicago, where he teaches courses on the theory and history of postwar art of the Americas. His research has appeared in academic journals such as Art Journal and ARTMargins, and he is currently writing a book manuscript titled Ghost Messages: Oscar Masotta and Argentine Conceptualism. He is also an art critic who has written for Artforum, Art in America, and DIS Magazine, among other publications.

Jaime Davidovich (1935-2016), was a New York-based video and installation who, before many others, recognized the emergence of cable TV in the 1970s as a polymorphous medium that could serve artists—and viewers—in extraordinary ways.

Davidovich was born in Buenos Aires. He studied at the Colegio Nacional de Buenos Aires, the University of Uruguay, and New York’s School of Visual Arts. Prior to video and television, Davidovich was a painter, exploring all the material and philosophical aspects surrounding the monochrome, which led to more expansive works investigating ephemerality and site-specificity. He moved to New York in 1964, and in 1976, helped found Cable SoHo and, in 1978, founded and was president of the Artists’ Television Network. These platforms for the distribution of avant-garde thinking and programming via cable access was a way of “get[ting] out of the claustrophobic traditional art world,” Davidovich told the New York Times in 1979. He was also the creator of Cable Soho’s The Live! Show, a variety half-hour hosted by the artist’s alter ego “Dr. Videovich,” that ran from 1979 to 1984. The Live! Show owed as much to Ed Sullivan and Ernie Kovacs as it did to Dada and Situationism, and featured projects and performances from a wide range of makers and personalities, such as Laurie Anderson, Eric Bogosian, Mike Smith, Tony Oursler, Tim Maul, Walter Robinson, Linda Montano, Ann Magnuson, and Richard Hell.
(taken from ArtForum)