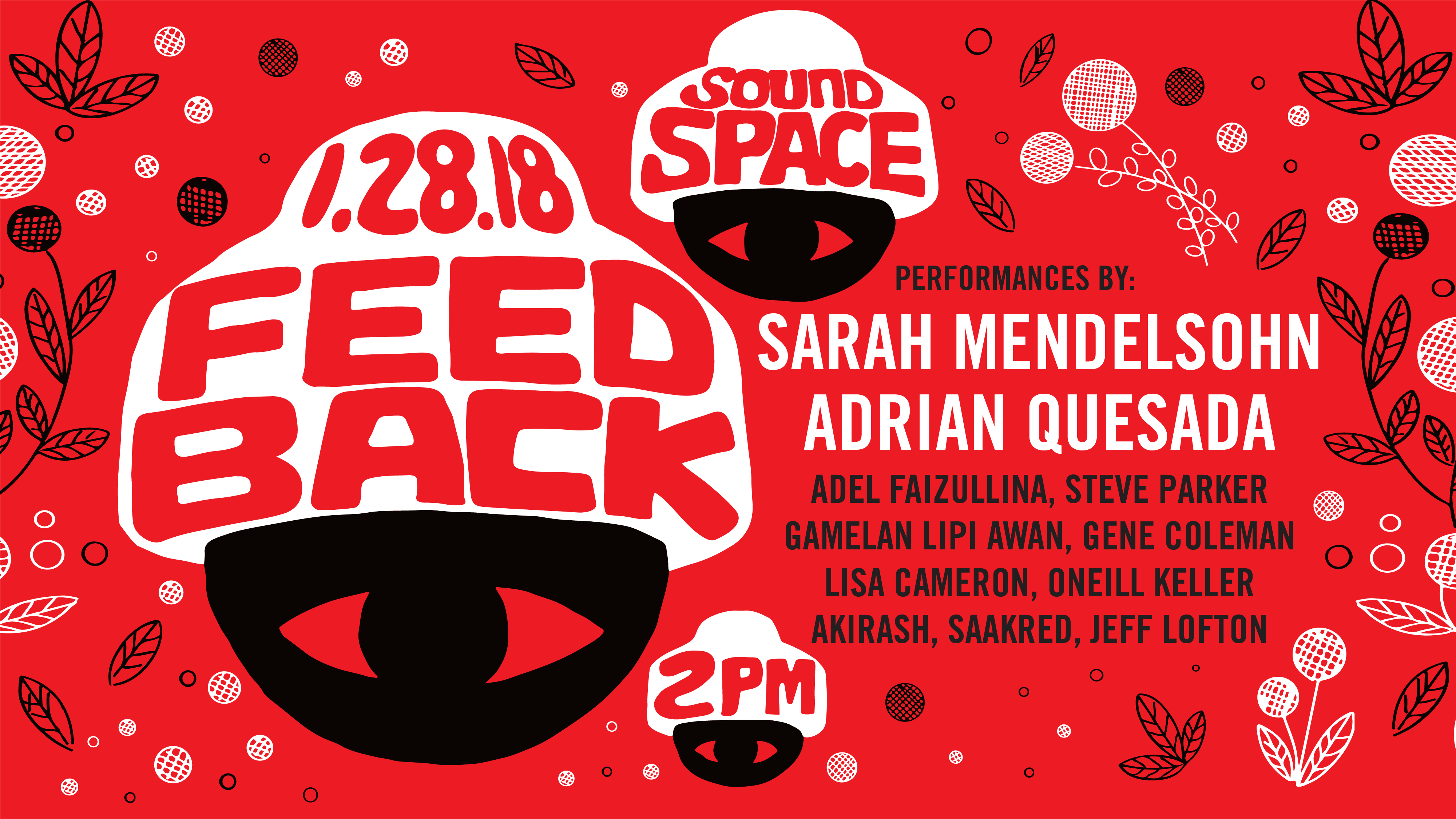 Kick off 2018 with us as the award-winning series returns with another fantastic selection of performances, created in response to art. Inspired by

Kick off 2018 with us as the award-winning series returns with another fantastic selection of performances, created in response to art.

Inspired by Mussorgsky’s monumental Pictures at an Exhibition, Sound Space’s roster of performing artists buzz, distort, rove, and radiate through the Blanton’s collections and building—creating a feedback loop between music and art.

Here’s a overview of what to expect:

Security Chorus at the Blanton Museum of Art

For Security Chorus, winner of the SoundSpace residency Sarah Mendelsohn has created a performance with members of the Blanton Museum’s security staff, exploring the dynamics of listening closely. For the duration of the SoundSpace event, Gallery Assistants participate as performers, roving throughout the museum’s spaces, narrating what they see and hear. What does working in museum security do to your voice, or to the ways you observe your environment?

Adel Faizullina drew inspiration from Saint Catherine of Alexandria (c.287-c.305 in Alexandria, Egypt) to write this piece for voice, trombone and percussion.  Catherine was both a princess and a noted scholar, who became a Christian around the age of 14. She converted hundreds of people to Christianity, when persecutions began under the Roman Emperor Maxentius. Catherine was taken as a prisoner and finally was killed. After death she became one of the angels of God. Closed and open sounds in the voice and trombone symbolize Catherine’s voice trying to be heard. In the middle section, her voice becomes stronger and more powerful, but death eventually silences her. A spiritual light illuminates the ending of the piece.

Composer and curator of the SoundSpace series, Steve Parker will share a participatory ritual work for newspapers, voice, electronics, and poprocks.  To exorcise the 2017 demons of radio propaganda, cable television news, and printed journalism.

This orchestra comprises students and faculty from Texas State University, along with some members from the local community performing on traditional Balinese percussion instruments. They’ll be playing mainly traditional pieces together with a few modern, American-composed pieces that reference the Atrium installation, “Stacked Waters” by Teresita Fernández.

AKIRASH will respond to the work of El-Anatsu and Cildo Meireles, focusing on the state of world economy and immigration. The economy plays a daily role in sustaining the livelihood of every home, community, state, country, and continent throughout the world. Each local economy is uniquely shaped by the culture and tradition of a place, creating diversity in how people make money, what they decide to sell, and how they market their products. Migration is our international dilemma. Nationalism and xenophobia are our symptoms; economic and political dislocation is our disease. Globalism and environmental disruption are our circumstances.

Saakred, a transdisciplinary artist with a focus in Sound and Live Performance will be curating their original work in relation to their experience as a museum employee. Using the museum as a microcosm for class, race and power inequities in the unchanging American landscape, Saakred discusses issues of security, visibility, access, facades of freedom, aristocracy and the role of art . Saakred will present four new works wedged between the all white work of minimalists Louis Nevelson and Mary Corse. All compositions are written, recorded, produced and performed by Saakred with a focus in MIDI production via Ableton Live and Reason with additional live instrumentation for this one time performance.

Philadelphia-based composer, director, and Guggenheim winner Gene Coleman presents his innovative music and video works. The program will include material from his media opera “Dreamlives of Debris”, featuring the voices of Nicholas Isherwood, Sansuzu Tsuruzawa and members of the new music vocal ensemble The Crossing.

O’Neill Keller will use field recordings, vintage telephone test equipment, and magnetic oscillators to respond to and map the performance space.  Alex Keller is an audio artist, sound designer, curator and teacher based in Austin, Texas. His engagement with performance, installation, and recording is an outgrowth of his interest in architecture, language, abstraction and music. Sean O’Neill is a multi-media artist, who explores both the visible light spectrum and the audible frequency range to determine how they influence our lived environments, and vice versa; he has a stated interest in how perception shapes the dynamics of spatiality.