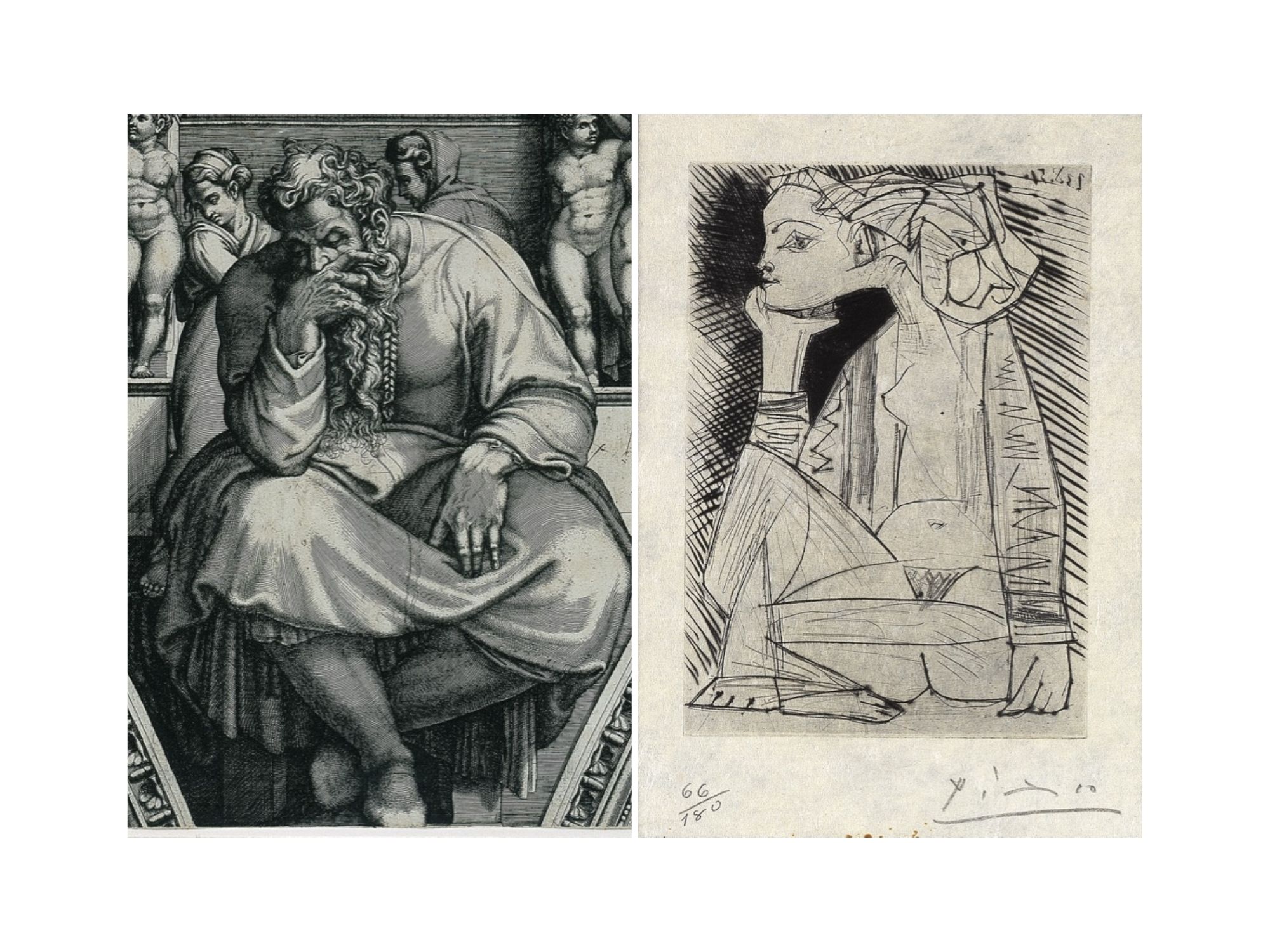 After Michelangelo, Past Picasso: Leo Steinberg’s Library of Prints

Leo Steinberg was the rare art historian who turned his inquisitive eye and captivating prose to both Renaissance and modern art. His astonishingly wide-ranging scholarship addresses such canonical artists as Michelangelo Buonarroti, Leonardo da Vinci, Peter Paul Rubens, Pablo Picasso, and Jasper Johns. While Steinberg’s significance to the field of art history is widely acknowledged, his activity as a print collector is less well-known. Beginning in the early 1960s with only the meager budget of a part-time art history professor, Steinberg amassed a collection that comprehensively illustrates the history of European printmaking. Akin to books on a shelf, Steinberg’s prints formed a visual library that shaped his scholarship in fundamental ways. Selections from his over 3500 prints will illuminate Steinberg’s insight that prints are the “circulating lifeblood of ideas,” disseminating compositions, motifs, and styles across geographic, material and temporal boundaries, while also presenting highlights of the European printmaking tradition.

After Michelangelo, Past Picasso: Leo Steinberg’s Library of Prints is organized by the Blanton Museum of Art.

Major funding for this exhibition and the accompanying catalogue is provided by the Getty Foundation through The Paper Project, with additional support from Leslie Shaunty and Robert Topp, the Scurlock Foundation Exhibition Endowment, and the IFPDA Foundation.