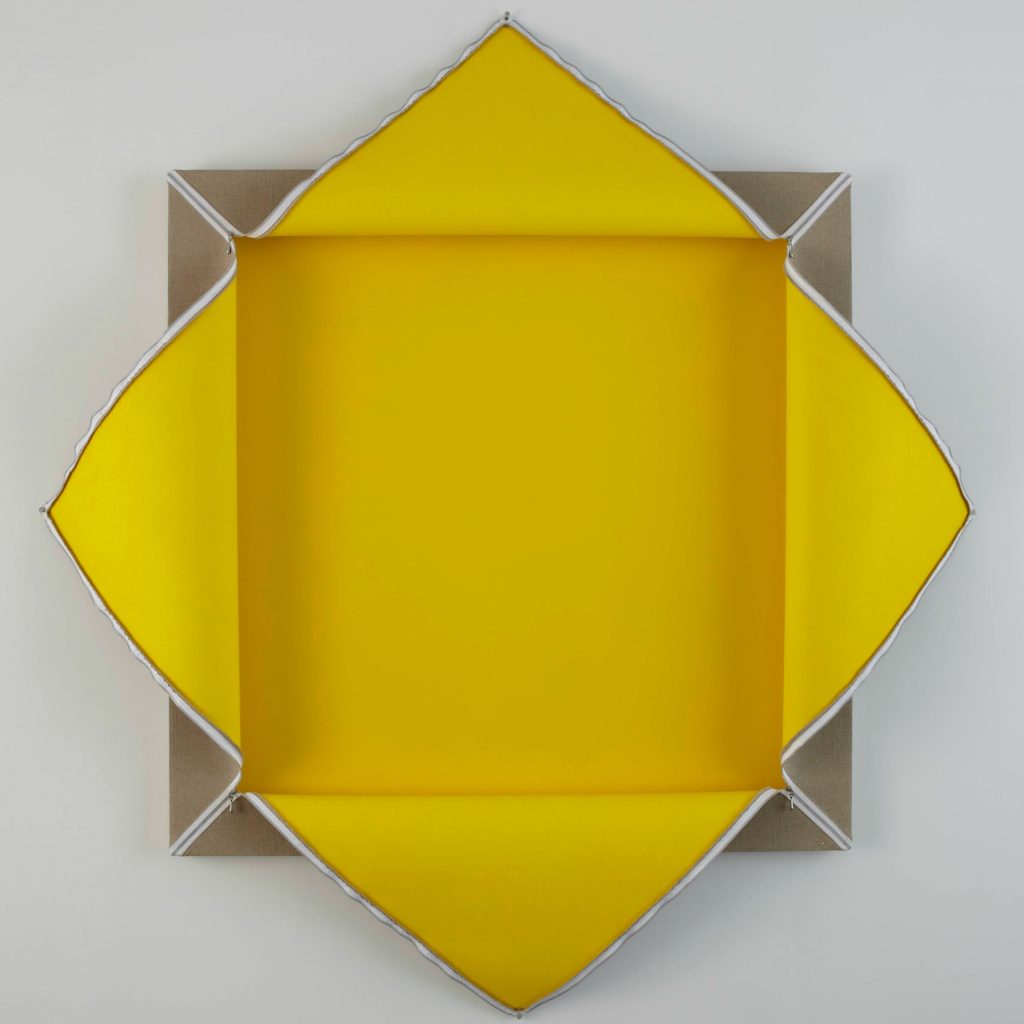 As part of a growing initiative to increase holdings by artists from Texas or currently based in the state, the Blanton Museum of Art presents a special installation of newly acquired works by San Antonio native Donald Moffett. With eight works by Moffett in its collection—including the entire suite of eighteen drawings comprising the artist’s Mr. Gay in the U.S.A. series—the Blanton currently holds more works by Moffett than any other museum in the United States. In this intimate presentation, Moffett’s diverse and influential practice is showcased through a rich variety of media including painting, drawing, and projected video on canvas. In addition to the Blanton’s new acquisitions, a handful of works on loan from two Texas collections will be featured.

“I think Donald Moffett is one of the most exciting artists working today and I am thrilled that his work is now well-represented at the Blanton and in his home state,” explains Veronica Roberts, Blanton curator of modern and contemporary art. “One of the things I admire most about him is the way he consistently takes risks. This exhibition will spotlight the diverse directions that he has explored in his practice.”

Moffett emerged onto the New York art scene in the late 1970s and quickly became immersed in political activism. He understood the power of art to affect change, and in the early 1980s was a founding member of Gran Fury, the artistic arm of the AIDS activist group ACT UP. He later co-founded Bureau, a design company created to support social causes. In addition to his work that investigates and advances social justice, Moffett is celebrated for his innovative use of materials and non-traditional approach to the canvas. The Blanton’s installation highlights the full breadth of his range, including digital chromogenic prints, drawings, video projection paintings, and lush, bold abstract oil paintings.

What Barbara Jordan Wore (2001), a series of digital prints exploring the legacy of Texas Congresswoman Barbara Jordan, reveals Moffett’s interest in politics and the highs and lows of equality and progress in America. So too does his series of drawings, Mr. Gay in the U.S.A., which depicts the sentencing of Ronald Gay, a Vietnam War veteran who shot several people at a gay bar in Roanoke, Virginia in 2000, killing one person and seriously injuring many others. (Moffett was in attendance during Gay’s sentencing.) In contrast, Lot 102807 (Yellow) (2007) features an “unzipped” canvas, highlighting the artist’s exploration of abstraction and experimental treatment of the canvas. His Untitled/Green Roller (Lot 080104)(2004) further upends the confines of the traditional two-dimensional frame. It features a video projected on canvas that first appears as an abstract blue and green landscape punctuated by a black hole. In an unexpected and comic turn, a projected hand then emerges from the hole to perform the absurd task of painting the canvas surrounding it.

Since joining the Blanton in 2013, Veronica Roberts has made it a priority to collect and exhibit artists currently based in Texas or with Texas roots. She has facilitated the acquisition of works by emerging and mid-career artists including Teresa Hubbard and Alexander Birchler, Jamal Cyrus, Natalie Frank, Kirk Hayes, Vincent Valdez, Nic Nicosia, and the collective, Okay Mountain.  By increasing its holdings of works by Moffett and other important Texas artists, the Blanton aims to share with visitors the significant role that Texas has played in shaping the art historical canon.

Donald Moffett
Lot 102807X (Yellow), 2007
Acrylic polyvinyl acetate on linen and wall, with rayon and steel zipper 72 x 72 inches
Purchase through the generosity of Houston Endowment, Inc. in honor of Melissa Jones, with support from Jeanne and Michael Klein and Lora Reynolds and Quincy Lee, 2014