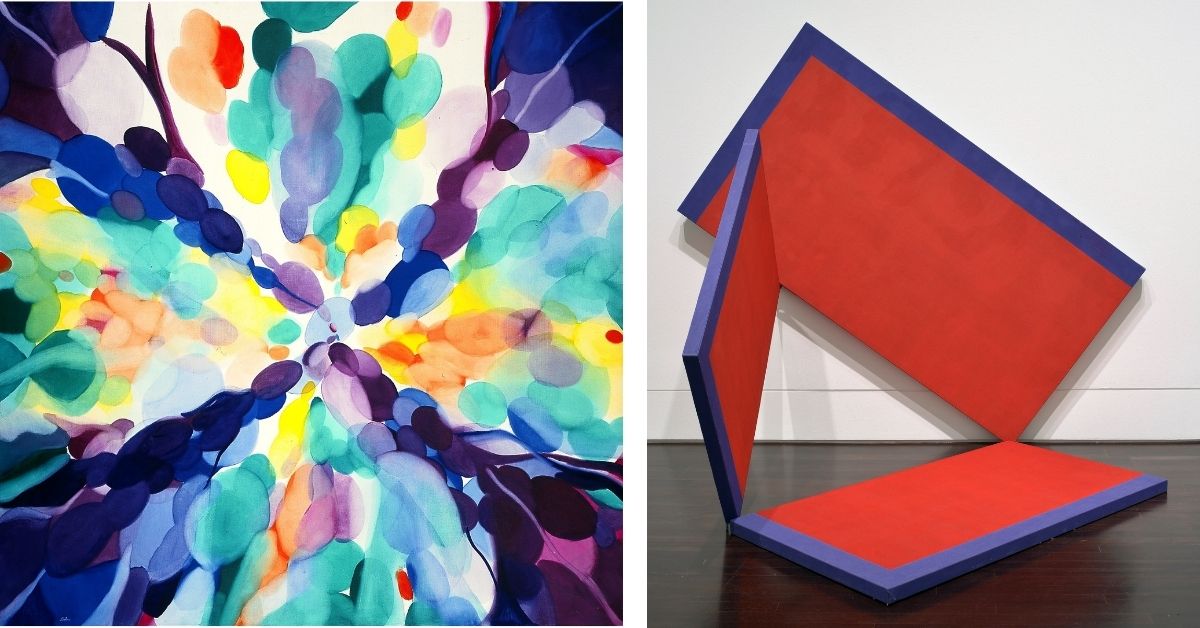 Expanding Abstraction: Pushing the Boundaries of Painting in the Americas, 1958–1983

In the early 20th century, artists began exploring abstract, nonrepresentational forms for the first time and significantly changed the language of painting.  Several decades later, abstraction continued to evolve robustly, as its practitioners experimented with new materials and techniques. Dripping, pouring, staining and even slinging paint became common, as did the use of non-traditional media such as acrylic and industrial paints. Artists also challenged the flat, rectangular format—long the standard in painting—to create texture and dimensionality, blurring the lines between painting and sculpture and foregrounding the object’s materiality.  The Blanton’s collection is particularly strong in painting of the 1960s and 70s from both the United States and Latin America.  Expanding Abstraction will explore how painting was transformed in these decades.  Many of the works are large scale and have rarely been shown before.

Share your exhibition experience on social using the hashtag #BlantonAbstraction

Glasstire, Pushing Boundaries and Expanding Abstraction at the Blanton

Expanding Abstraction: Pushing the Boundaries of Painting in the Americas, 1958–1983 is organized by the Blanton Museum of Art.

Generous funding for this exhibition is provided by Choongja (Maria) and Stephen Kahng, Peter Kahng, and Jeanne and Michael Klein; with additional support from Suzanne Deal Booth, the Robert Lehman Foundation, and the Carl & Marilynn Thoma Art Foundation.