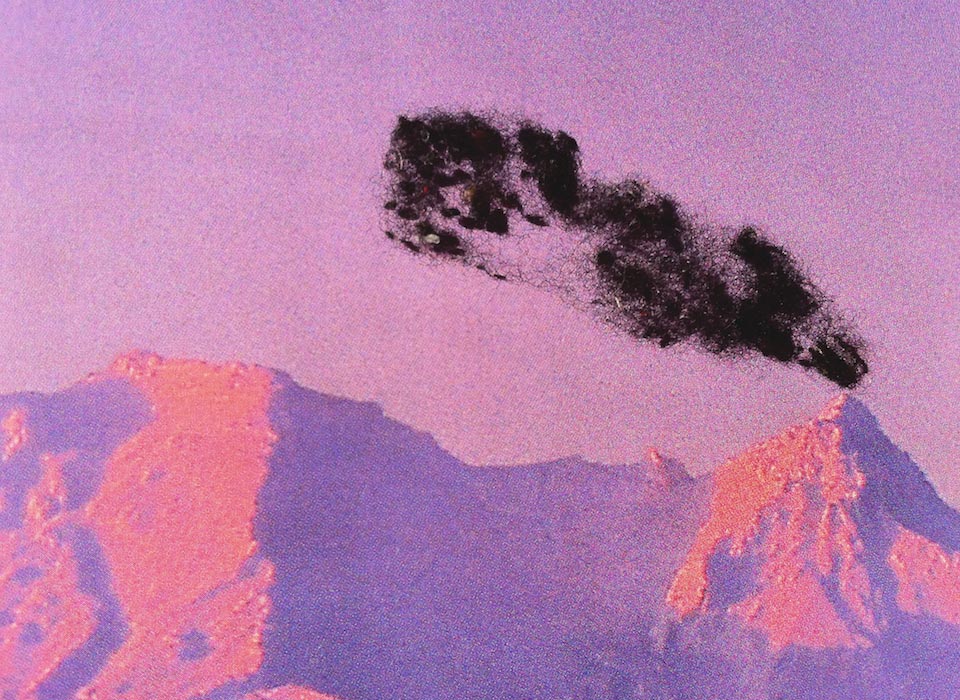 This mid-career survey will explore approximately ten major bodies of work by celebrated Brooklyn-based artist Nina Katchadourian (b. 1968), including video, photography, sculpture, sound art, and a live performance. Nina Katchadourian: Curiouser is organized by Blanton curator of modern and contemporary art, Veronica Roberts, and will be the first touring museum exhibition of Katchadourian’s work. Accompanying the exhibition is the first substantial catalogue devoted to the artist’s career, published in partnership with UT Press.

Katchadourian’s practice is at once conceptually rigorous and alluringly accessible. Her work reveals the creative potential, to use the artist’s words, that “lurks within the mundane” and underscores the remarkable freedom and productivity that can come from working within limitations. Using ingenuity and humor, her work encourages us to reinvigorate our own sense of curiosity and creativity, and to see our everyday surroundings as a site of discovery and possibility.

Katchadourian’s expansive practice takes place largely outside of her Brooklyn studio. She has made work in libraries, in trees, on airplanes, and in parking lots. She has enlisted help from both far afield and close to home; her collaborators have included sports announcers, zookeepers, museum maintenance staff, ornithologists, musicians, translators at the United Nations, Morse code operators, an accent elimination coach, snakes, spiders, rats, ants, caterpillars, as well as her own parents.

Among her most widely known works is Accent Elimination (2005), a six-channel video installation inspired by posters advertising courses in “accent elimination” that the artist encountered around New York. Katchadourian, whose foreign-born parents both have difficult-to-place accents, hired a professional speech coach to teach them to speak with a “standard” American accent, and to teach her to speak in her parents’ accents. The video captures the hybrid cultures of the artist’s family, which she often describes as like a “scrambled world map,” and characteristic of countless households in this country. Accent Elimination was featured at the 2015 Venice Biennale in the Armenian Pavilion, which won the Golden Lion award for “Best National Participation.” The Blanton recently acquired Accent Elimination for its permanent collection.

Central to the exhibition is Seat Assignment, an extensive ongoing body of photographs and videos Katchadourian makes using her mobile phone. The project began in 2010 on a flight from New York to Atlanta, when she tasked herself with creating art on the plane using only materials readily at hand. More than six years and nearly 200 flights later, working between armrests and under self-imposed constraints, Katchadourian has produced hundreds of photographs, three videos, and several video animations as part of this significant project. Turning the airplane into her studio, she finds inventive ways to reimagine items in her carry-on bag, as well as images from the pages of in-flight magazines tucked into seat-back pockets and the contents of snacks that come down the aisle. She captures the results of these unexpected interventions with her camera phone.

Other highlights of Nina Katchadourian: Curiouser include:
Mended Spiderwebs (1998), which are part of a group of works Katchadourian calls “Uninvited Collaborations with Nature.” To make them, the artist repaired broken spiderwebs with red thread. Each morning, following the repairs, she would find that the spider had repaired the web and discarded her patches. This series documents the mended webs and discarded thread in a series of photographs and framed thread patches.

Paranormal Postcards (2001–ongoing) is an ongoing project consisting of over 350 postcards. Using red sewing thread, the artist connects various elements in each image; the cards are then grouped into an elaborate network of dotted red lines applied to the wall. A “world view” of extreme and almost paranoid interconnectedness emerges. Each time the project is exhibited, Katchadourian incorporates postcards from the city or town where it is on view. At the Blanton, several new cards featuring popular Austin sites will give visitors local points of entry.

Katchadourian spoke about her work in conversation with Veronica Roberts at the Blanton on Saturday, March 25, 2017. Video of Katchadourian’s talk in two parts is available below.

The Genealogy of the Supermarket

Lavatory Self-Portraits in the Flemish Style

The accompanying catalogue is made possible by Nion McEvoy, with additional gifts from the Elizabeth Firestone Graham Foundation, Furthermore: a program of the J. M. Kaplan Fund, the Leanne Raesener Charitable Fund, and Judith Willcott and Laurence Miller and their families.

Nina Katchadourian: Curiouser will travel to the following institution: