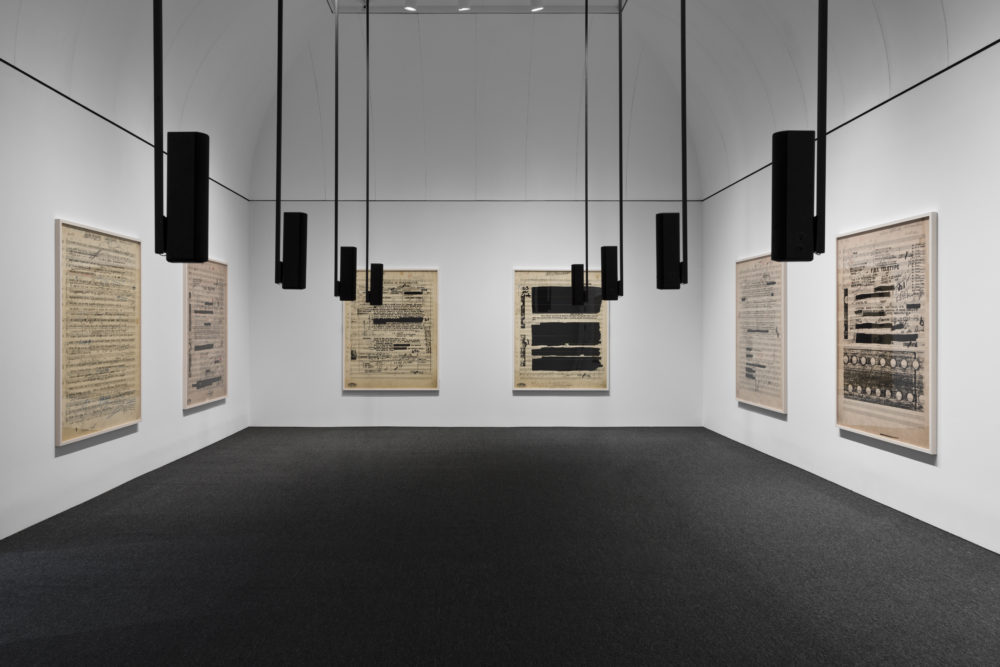 The Contemporary Project is a gallery on the museum’s 2nd floor devoted to recently-made art. Installations will rotate throughout the year.

Inaugurating the Blanton’s Contemporary Project gallery is Turner Prize-winning artist Susan Philipsz’s Part File Score.  First exhibited at the Hamburger Bahnhof in Berlin in 2014, the work is an immersive experience of sound and image. Large prints feature redacted FBI files kept on Austrian composer Hanns Eisler during the McCarthy era, while isolated violin notes from his early Hollywood film scores spill from twelve speakers. The result is a haunting landscape that captures the tragic biography of a composer whose life and art were repeatedly under siege.

On Sunday, April 23rd at 2 p.m., Susan Philipsz will be in conversation with curator Veronica Roberts in the Blanton Auditorium. Free with museum admission.