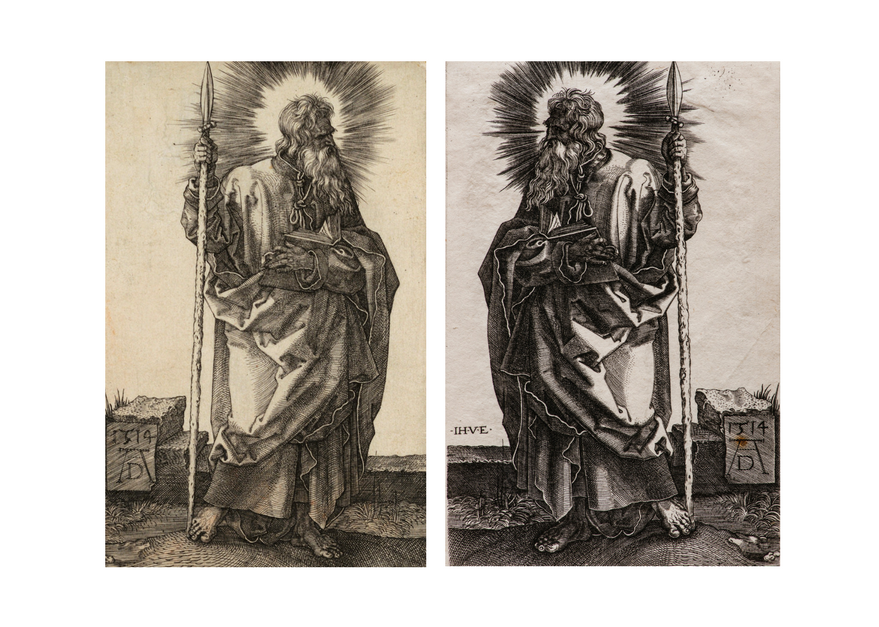 Copies, Fakes, and Reproductions: Printmaking in the Renaissance

Artistic training in the Renaissance involved drawing, or copying, from nature, from antique sculptures and from the work of other acclaimed artists.  While Raphael and Michelangelo were painting for the Popes in Rome, skilled printmakers such as Marcantonio Raimondi and Giorgio Ghisi were widely disseminating the painters’ famous compositions through the relatively new medium of engraving.  Not all artists, however, wanted their creations reproduced by others.  This exhibition will present works which showcase the various intentions behind copies, ranging from collaborations between designers and printmakers to the unauthorized copies of Albrecht Dürer’s woodcuts, which resulted in a landmark legal decision against image piracy.

Hyperallergic, The Proliferation and Politics of Copies During the Renaissance