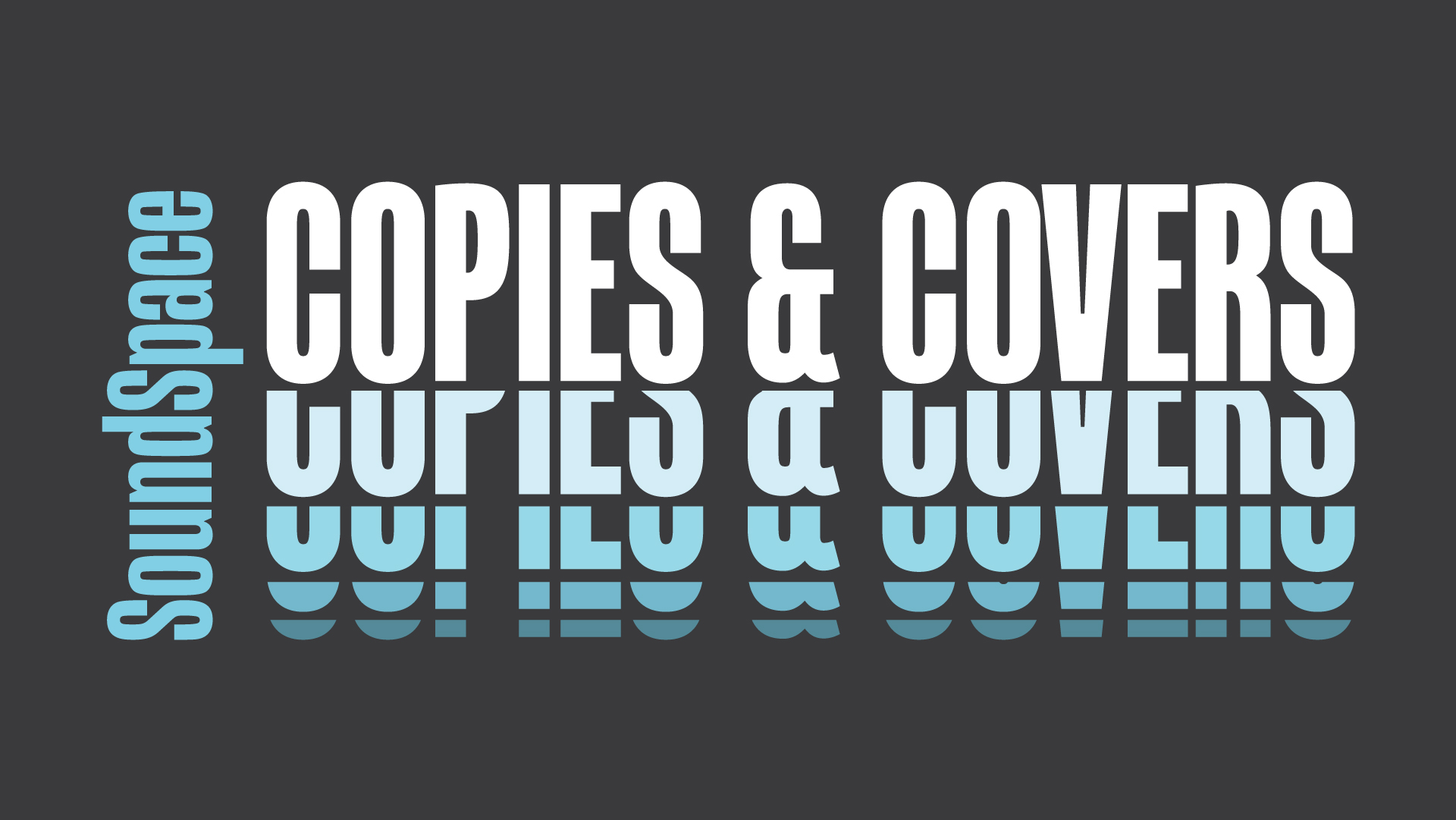 Join us for SoundSpace: Copies & Covers on Sunday, June 2 from 2-4 p.m. From DJs to cover bands to impersonators, this afternoon of live performances will explore how artists

From DJs to cover bands to impersonators, this afternoon of live performances will explore how artists use sampling, imitation, and copying. Presented in conjunction with the Paper Vault exhibition Copies, Fakes, and Reproductions: Printmaking in the Renaissance, and featuring Riders Against the Storm, Tetractys, Frank Wo/Men Collective, the Transitory Sound and Movement Collective, p1nkstar.™ and more.

As comfortable in small intimate venues as stages, Riders Against the Storm transforms every audience they reach with a refreshing magic and flair that few possess today.  In everything they touch, ceremony scrapes the floor and atmosphere – hopping through from seam to seam, cloaked in their own ideas of regalia and change, Riders Against the Storm cast out invitations to world – come and party.  From beginning to end, audiences need to get read for what Deborah Senguptah Stith (AAS) calls a post-milennial second-coming of George Clinton’s mothership.

p1nkstar (ur fav electr0nic pop superstar!!) is the ultimate pop-star of the NOW, performing futuristic multimedia live sets with choreographed numbers and backup dancers! For SoundSpace, p1nkstar and The p1nk Ladies embody female Latin American Pop Music icons as they cover/reinterprets some of their most memorable performances–recontextualizing the songs in a queer framework and uncovering the tensions that arise when they are performed by a non-cis femme.

Frank Wo/Men Collective is a group of fresh, multitalented emerging theatre and dance artists who co-produce a multitude of forward-thinking pieces which are at times fervid, humorous, or idiosyncratic. frankwomencollective.com

Convergence (feat. Cameron Beauchamp of Roomful of Teeth and Brent Baldwin of Panoramic Voices) will present their original setting of ’L’homme armé.” An anonymous composition originating in the late 13th century, it became the source material of countless compositions in the late medieval and early renaissance historical periods.   Using what is arguably the world’s oldest ’cover song’ as source material, ’L’homme armé” will feature an admixture of vocal textures and electronic elements, transporting an ancient tune forward in time to a new — and rather strange — contemporary world.

Described by one pretty important radio guy as “It’s not classical but it’s not, not classical – Invoke is beautiful, adventurous, American and immediately engaging” (David Srebnik, SiriusXM Classical Producer), Invoke continues to successfully dodge even the most valiant attempts at genre classification. The multi-instrumental quartet’s other not-nots encompass traditions from across America, including bluegrass, Appalachian fiddle tunes, jazz, and minimalism. Fueled by their passion for storytelling, Invoke weaves all of these styles together to form a unique contemporary repertoire, featuring original works composed by and for the group.

The Transitory Sound and Movement Collective will be creating a site-specific work that takes the idea of incorporating historical choreographers work and recontextualizing into a new piece. Many famous danceworks are quoted within this piece and then subverted into a new form with a live responsive soundscape. This work functions as an experiential conversation between the dancers, sound artists and the audience.

Born and raised in Chicago, educated in Paris, DJ Shani’s musical roots are based in Jazz, Funk, Soul, Caribbean & West African music. She’s the creator of ’The Groove Temple’, the longest running Chicago born Deep House radio show which turned 20 this past May! For her SoundSpace performance, she’ll focus on the eclectic side of Black music, playing groovy classics and contemporary oddities in Black Music.

Sabine Gruffat and Bill Brown are moving image artists. In this 2-channel live cinema performance, Gruffat and Brown manipulate 16mm loops created from original laser-etched film as well as found footage, to reflect on the settlement history of the Lone Star State in an era of border anxiety.

Tetractys is a new music concert series in Austin, TX that is dedicated to performing the works of living composers and commissioning new works from composers in the Austin area. Our Co-Artistic Director, Matt Armbruster, will perform selections from Mystery Variations on a Theme by Colombi. This piece was commissioned by Kaija Saariaho as a gift to Finnish cellist Anssi Karttunen for his 50 birthday. Thirty one composers wrote a single variation on Guiseppe Colombi’s Chicacona, one of the oldest known works for solo cello.

The UTSA Trombone Choir is devoted to expanding the creative scope of the trombone ensemble. To this end, the group performs music from a variety of musical traditions, including jazz, gospel, klezmer, Baroque, Renaissance, and avant-garde, and actively commissions new works by leading composers.  For SoundSpace, they will be presenting a musical version of the children’s game, telephone.

BONUS: Come with your identical twin, or dress like identical twins for free admission! Two people dressed like the same celebrity/celebrity impersonator will also be admitted for free. *Must be a set of two people. Good for Sunday, June 2, 2019 from 1:00-4:00 pm only.

Paid parking is available in the Brazos Garage on Brazos Street and Martin Luther King Jr. Boulevard. Parking is $4; bring your ticket with you to the museum for payment and validation.