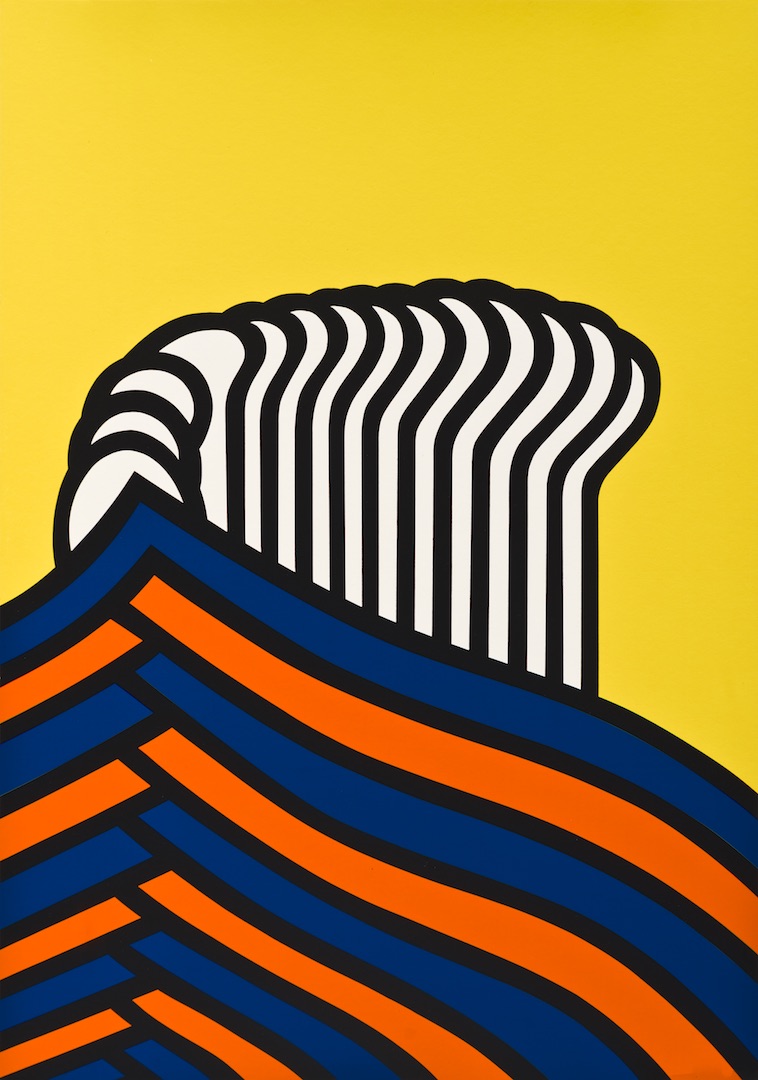 In the twentieth century, as some artists began to reject traditional representation and explore abstraction, many adopted an elemental vocabulary of lines, shapes, and colors. Flourishing simultaneously in Europe, Latin America, and the United States, this graphic lexicon is visible in many of the century’s artistic movements, such as concrete art, hard-edge abstraction, and Minimalism.

Stylistic cross-pollination proliferated after World War II with the revival of commercial air travel, inexpensive printing techniques, and advances in communication. Artists began to easily traverse between continents and share their work with international audiences. For decades, Carlos Cruz-Diez worked and taught in Caracas and Paris. Russian-born artist Helen Gerardia immigrated to the United States to study under Hans Hofmann, a German immigrant. And in 1951, the São Paulo Museum of Modern Art organized a retrospective of Max Bill’s work, the same year the Swiss artist was awarded the Grand Prix for sculpture during the city’s first Bienal.

This new toolbox for visual expression is perfectly captured in Ellsworth Kelly’s 1951 book proposal to the John Simon Guggenheim Foundation Fellowship entitled Line Form Color. Kelly wrote that the book would be “an alphabet of plastic pictoral elements…an alphabet of lines, forms, values and colors, having no written word.” Titled after Kelly’s book (which was finally published as the artist intended in 1999), this exhibition features prints, drawings, and paintings in the Blanton’s collection by artists who embrace the same reductive formal vocabulary while producing vastly different work.