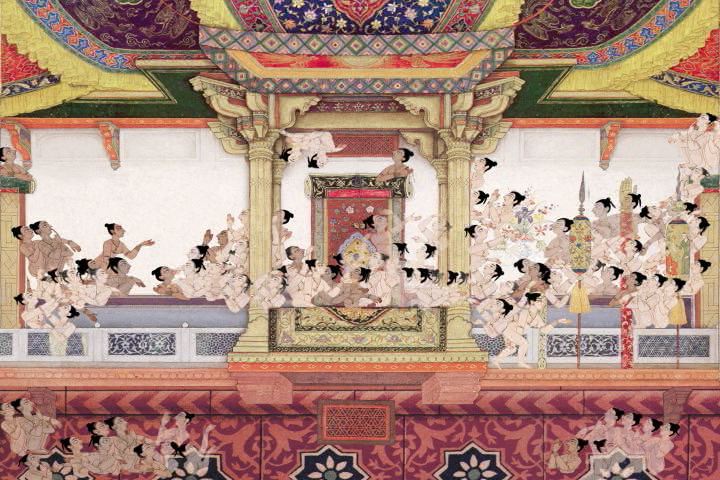 This animation by Shahzia Sikander (Lahore, Pakistan, 1969) is set in an imperial Mughal court, with stylized hairdos rising from the disappearing bodies of Gopi women, or female worshippers of the Hindu god Krishna. Black hair rises from the women’s heads in a swarm of dark, swirling forms, like a flock of birds or colony of bats. The video is rooted in traditional Persian miniature painting, which the artist learned in her native Pakistan before immigrating to the United States in the early 1990s.