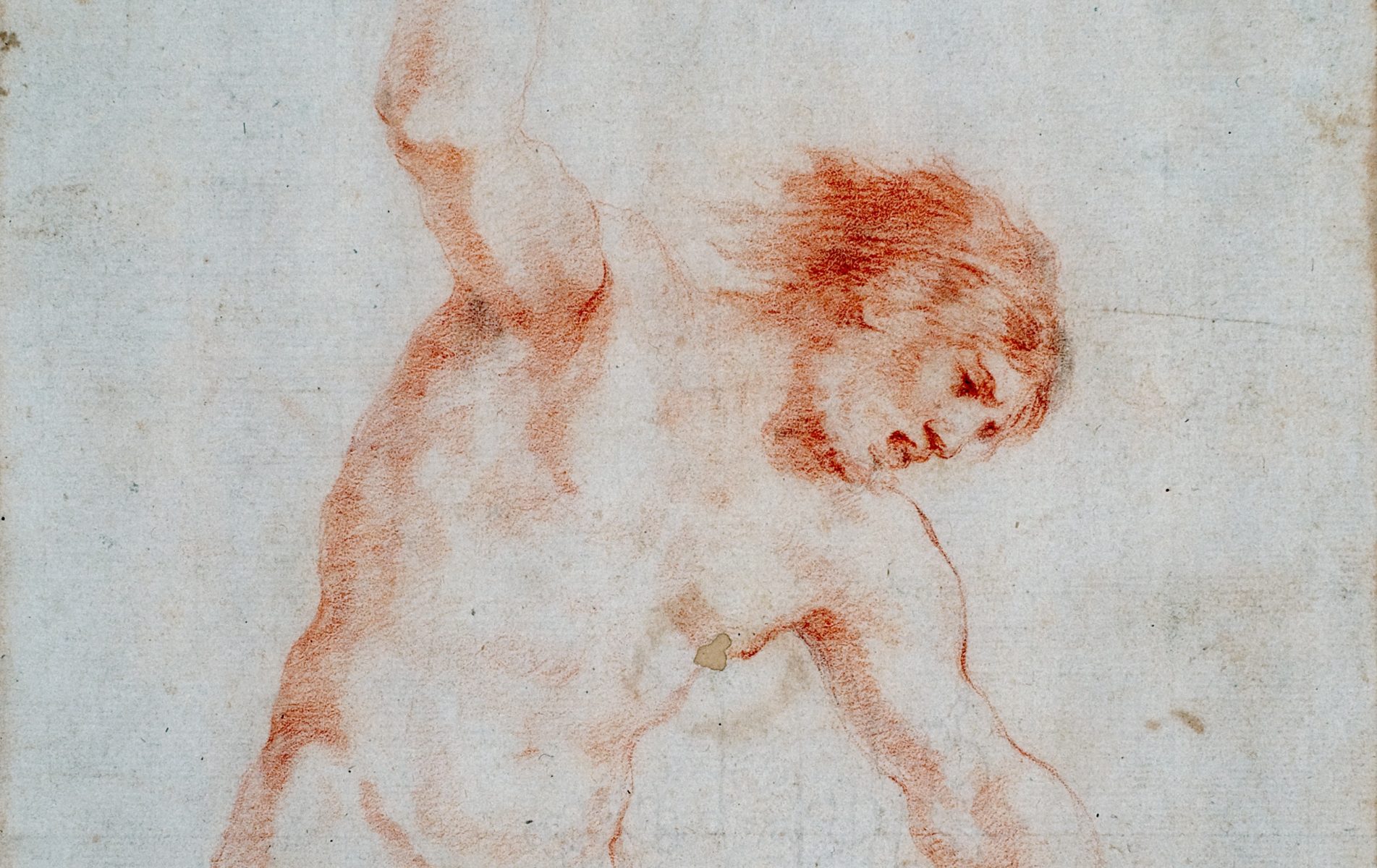 The Paper Vault showcases the Blanton’s collection of more than 16,000 prints, drawings, and photographs. Curators will rotate selections throughout the year, engaging visitors with prints and drawings that are rarely on view. The first rotations include twenty-four mezzotints illustrating John Milton’s epic poem in John Martin: Paradise Lost, and Red Chalk Drawings, a rotation focusing on the chalk medium and its impact on the history of drawing.

For thousands of years artists have drawn with red chalk, as seen in the cave paintings of Lascaux in the Paleolithic era and on Egyptian papyrus, but they began to fully explore its sculptural and expressive qualities during the Renaissance. Ranging from light rust to blood red, red chalk, sometimes called red earth, red ochre, or sanguine, is a naturally occurring dry earth pigment comprised of iron oxide and clay. By the 16th century red chalk had become one of the primary drawing tools across Europe. Alone or with other chalks–aux trois crayons—it enabled a new treatment of space and led to the development of specialized types of drawing.