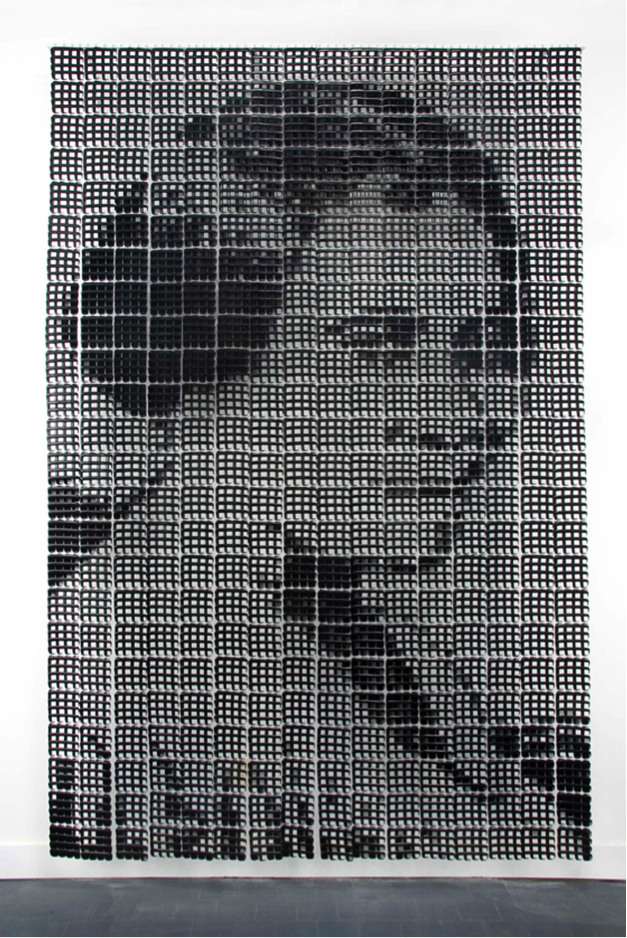 Said to be the nation’s first self-made female millionaire, Madam C.J. Walker built an empire developing beauty products for African-American women. Her ten-foot portrait by artist Sonya Clark, made entirely of plastic combs, is an iconic favorite at the Blanton. Join Veronica Roberts, Curator of Modern and Contemporary Art, and Marilyn Johnson, Blanton National Leadership Board Member and former IBM Vice President, for a deep dive into the trailblazing businesswoman, philanthropist, and activist who inspired this remarkable art work and the effort to acquire it for the museum’s collection.

Toast our trailblazer with this cocktail (or mocktail) suggestion from the early 20th century.

Marilyn Johnson serves on the Leadership Advisory Board for The Blanton Museum and a Director on the Board of Advisors for the One World Theatre in Central Texas.   She has held positions on the Executive Board of the United States Council for Better Business Bureaus and the Executive Boards of the Asian Pacific Islander American Scholarship Foundation, the National Council of Negro Women and American Airlines Marketing Advisory Council.  She has been applauded for her active commitment to mentoring and coaching activities. Ms. Johnson has been a featured speaker for numerous professional organizations around the world. She retired as Vice President, Market Development from IBM Corporate Headquarters in New York and currently resides in Central Texas.

Veronica Roberts joined the Blanton in 2013 as Curator of Modern and Contemporary Art. Among the exhibitions she has organized are: ’Converging Lines: Eva Hesse and Sol LeWitt,’ ’Nina Katchadourian: Curiouser,’ and ’Ed Ruscha: Drum Skins.’ Prior to working at the Blanton, Veronica worked at the Museum of Modern Art, Indianapolis Museum of Art, and Whitney Museum of American Art. During quarantine, she has been writing more letters, drinking more wine, and trying to catch unobtrusive glimpses of a Great Horned Owl in her neighborhood.