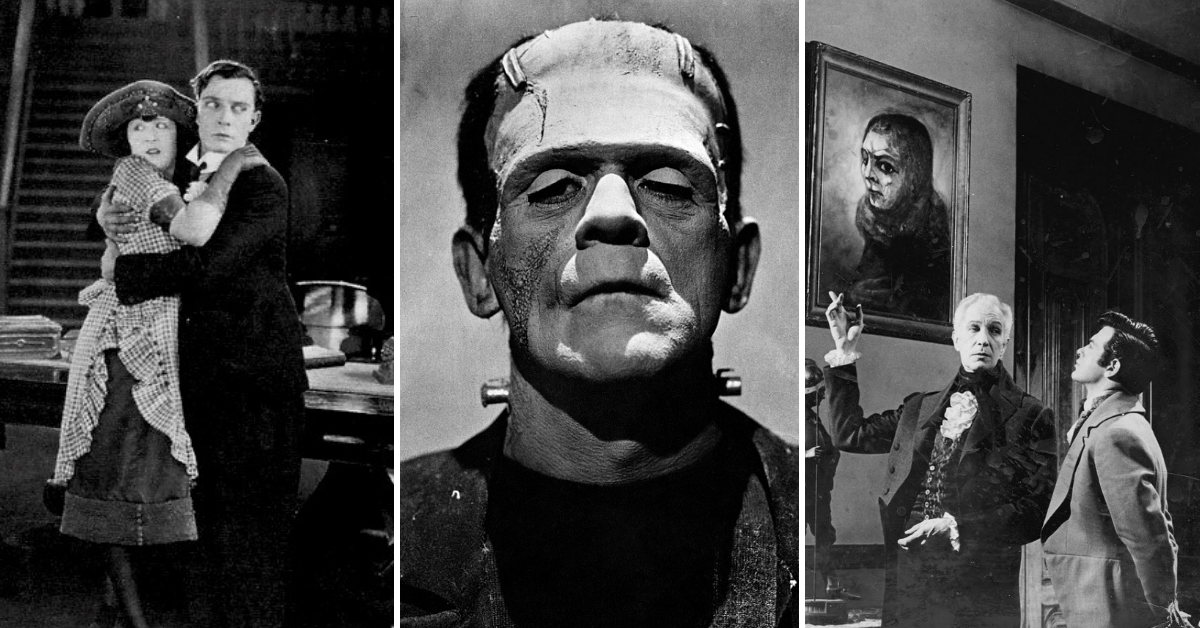 Be prepared to scream as Silent Films Out Loud makes its grand return for a triple feature of terror. Two horror classics of the silver screen – 1910’s Frankenstein and 1928’s The Fall of the

Be prepared to scream as Silent Films Out Loud makes its grand return for a triple feature of terror. Two horror classics of the silver screen – 1910’s Frankenstein and 1928’s The Fall of the House of Usher– along with the lightly frightful Buster Keaton short Haunted House will come alive thanks to new scores from Austin based composers Jackie Myers, Bob Hoffnar, Dave Biller and Jean Hasse.

EVENT INFORMATION
Taking the stage with local orchestra Density512 ready to go at the wave of a baton, the music of Myers, Hoffnar, Biller and Hasse will closely follow the on-screen action for every jump and bump in the night while showcasing the styles that are identifiable to each member of this unique cast. Myers, a talented pianist and soulful singer who has played with The Lonesome Heroes and Doug Strahan & the Good Neighbors in addition to currently recording her own projects, has teamed up with guitarist and Crossroads Festival alum Biller (Dale Watson, Wayne Hancock, Biller & Wakefield) on a cowritten score for Buster Keaton’s Haunted House. As an internationally-known pedal steel guitarist, Hoffnar has played with Norah Jones, Ryan Adams and the Mood Illusion. His score will transport to Transylvania for 1910’s Frankenstein – added to the program in celebration of the 200th anniversary of Mary Shelley’s novel. Hasse may be new to Silent Films Out Loud this year, but her music has been performed at such prestigious venues as Tanglewood Music Center, the Hollywood Bowl and Carnegie Hall. Throughout her career she has also composed scores for 20 silent films, including The Fall of the House of Usher.

Silent Films Out Loud is presented in part by the Cultural Arts Division of the City of Austin Economic Development Department and One World Theatre.

One World Theatre – One World (OW) was founded in 1993 as an education outreach program. It began with a single multi-cultural performance presented throughout Austin Independent School District. The co-founder and Executive Director of OW, Hartt Stearns, originally received funding from the City of Austin for arts and education programs for his personal work in the schools, including assemblies, workshops, and artists-in-residencies. Soon after, Stearns recognized that many other local Austin artists sought his mentorship in their own quest for city funding of arts outreach to the schools. It was in 1997 that he incorporated OW as a 501 (c) (3) nonprofit and became a sponsoring organization for other independent artists.