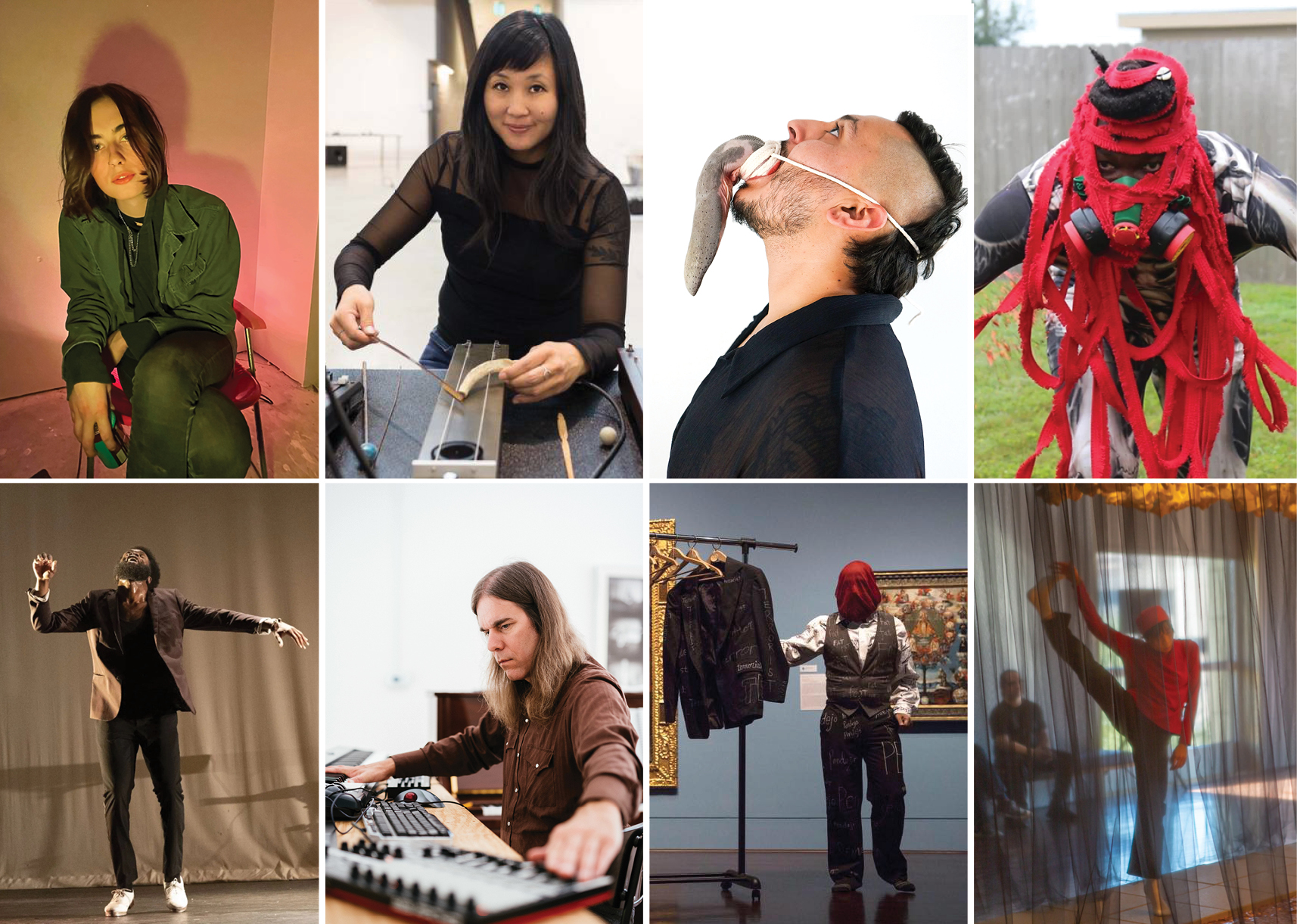 Program curator Steve Parker has invited eight performers to create sonic pieces in response to an artwork in the Blanton’s collection. Online for the first time, the 24th edition of SoundSpace will transport audiences to the Blanton through sight, sound, and movement. Filmed in front of the work of art that inspired each, performances include a recreation of an exhausting dance marathon, a lament for a lost mother and the rituals of parenthood, an interpretation of a painting as a graphic score, and a response to the silencing of queer individuals on la frontera that uses Stacked Waters by Teresita Fernández to represent the Rio Grande.

SoundSpace: Conversation Pieces will be hosted live by Steve Parker and Carter E. Foster, Blanton Deputy Director for Curatorial Affairs. The program will include pre-recorded performances in the museum galleries, followed by a live Q&A with performers Alexa Capareda, Graham Reynolds, and Michael Anthony García.

All performances are captured in high-definition video by Jose Lozano.