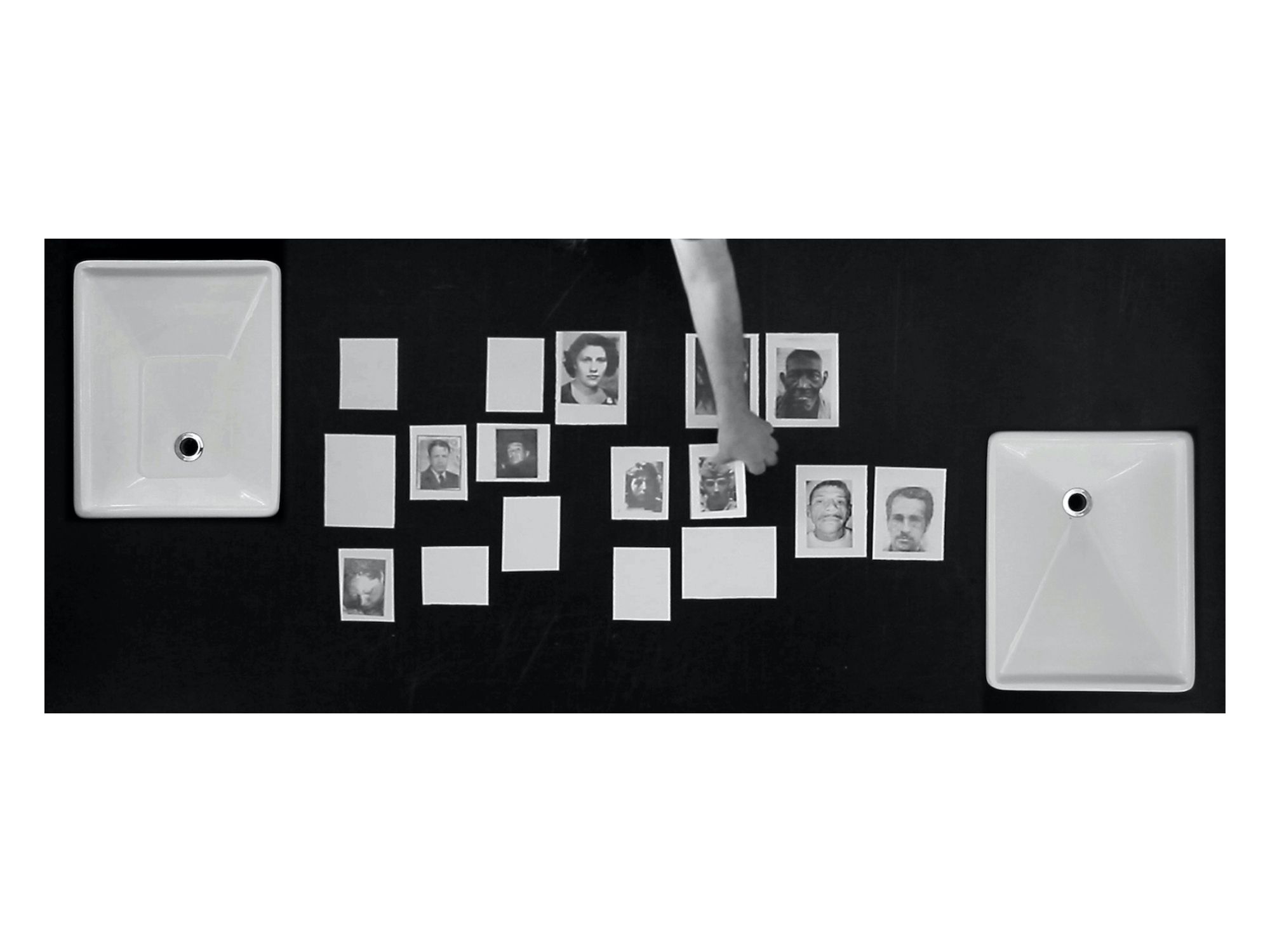 I am interested in the instant and the processes that occur so that an image can become consolidated, or not, in memory
-Oscar Muñoz, 2011

Oscar Muñoz: Invisibilia is the first retrospective of this Colombian artist’s work in the United States. Beginning with his early charcoal drawings from the late 1970s, the exhibition will include approximately 40 exemplary works from his most evocative series created between then and the present day. Since the late 1980s, Muñoz has sought to reinvent the medium of photography, creating hybrid works that splice photographic processes with drawing, painting, printmaking, installation, video, and sculpture, as well as interactive works. He turns photographic processes inside out to underscore the intrinsic fragility and transient nature of the image. And he also highlights how the act of opening the aperture to light instantaneously transforms the present into the past, life into memory: “The photograph, as we all know, becomes memory at the moment when it not only receives the light rays from the exterior, but is also capable of fixing them. That is the moment when a photograph turns into the past.” This project is long overdue. It seeks to elucidate the philosophies and the poetics underlying this seminal artist’s body of work, as well as the unstable imagery he has created, which, nevertheless, becomes indelible in our imaginations.

Oscar Muñoz: Invisibilia is co-organized by the Blanton Museum of Art and the Phoenix Art Museum.

Generous funding for this exhibition at the Blanton is provided by The Diane and Bruce Halle Foundation and the Carl & Marilynn Thoma Foundation, with additional support from Ellen and David Berman, Michael Chesser, and Sicardi | Ayers | Bacino.