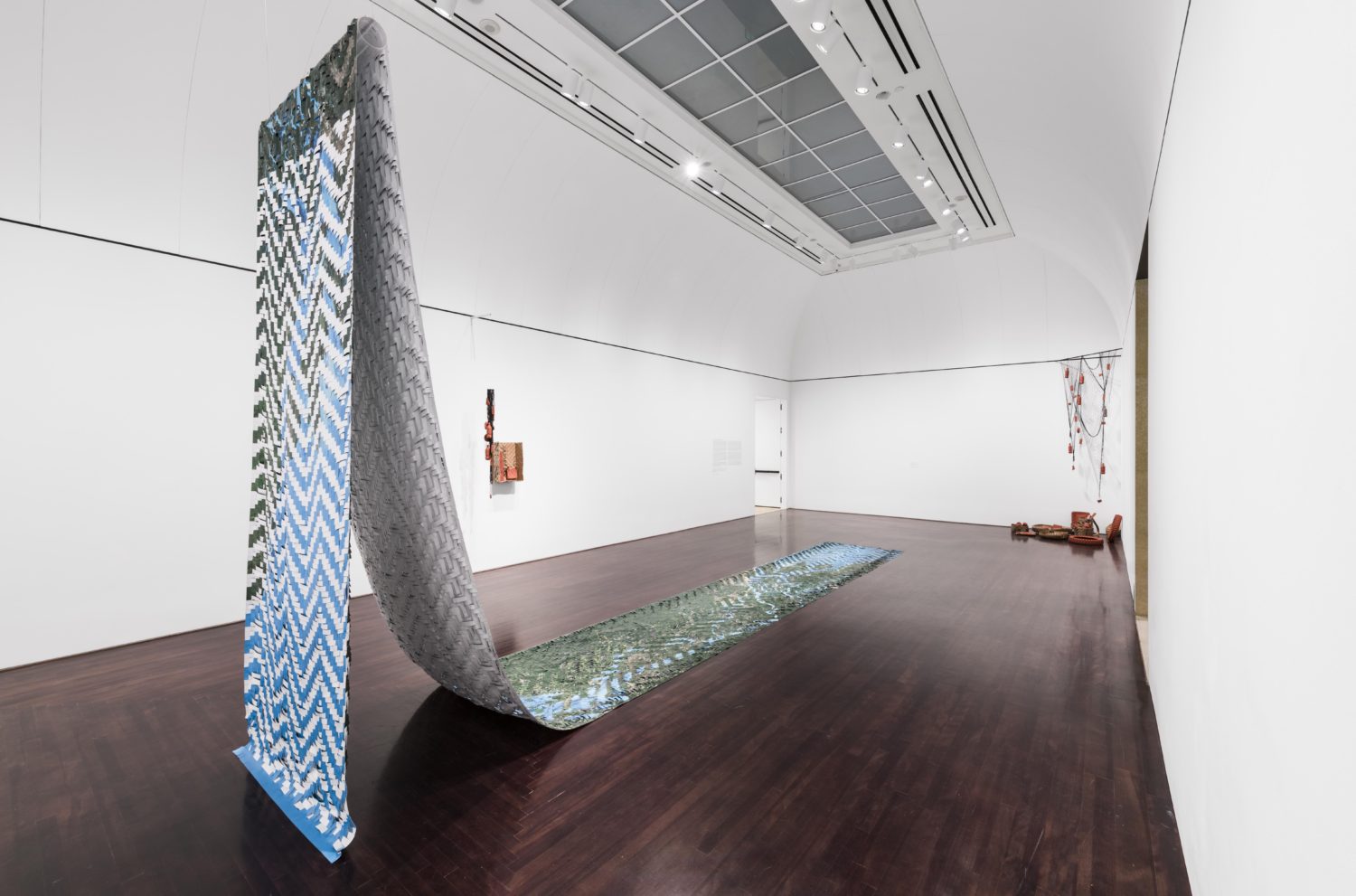 The title of Clarissa Tossin’s (Brazil, 1973) new body of work is taken from the confluence of the Rio Negro and Amazon Rivers, where the two bodies of water, each very different in color, converge but remain separate. Her exhibition in the Blanton’s Contemporary Project space will feature the artist’s sculptures, including a large, woven tapestry that depicts the stretch of the Amazon River between the river’s mouth in the Atlantic Ocean and the city of Manaus–the exact stretch that cargo ships traverse to access the Free Trade Zone. Taking two identical prints of a satellite image, she has cut and woven them together, positioning the photographs in opposite directions to mimic the route of goods, materials, and people on the river. Tossin became interested in the Amazonian city of Manaus, the central site of the Brazilian rubber boom in the late 1800s. The boom ended abruptly in 1912, leaving the city impoverished. In the 1950s, in an effort to stimulate development, the Brazilian government designated 6,200 square miles of Manaus as a Free Trade Zone. Manaus is now home to production plants for Apple, Sony, LG, Coca-Cola, Honda motorcycles, Harley Davidson, and other multinational companies. Confronted with the complexities of mass production in the Amazon, she began researching the traditional ways of making practiced by the indigenous communities in the region, furthering her interest in material culture, labor, and the body.

Learn more about the artist and her work in our blog interview HERE.

The Contemporary Project is organized by the Blanton Museum of Art.