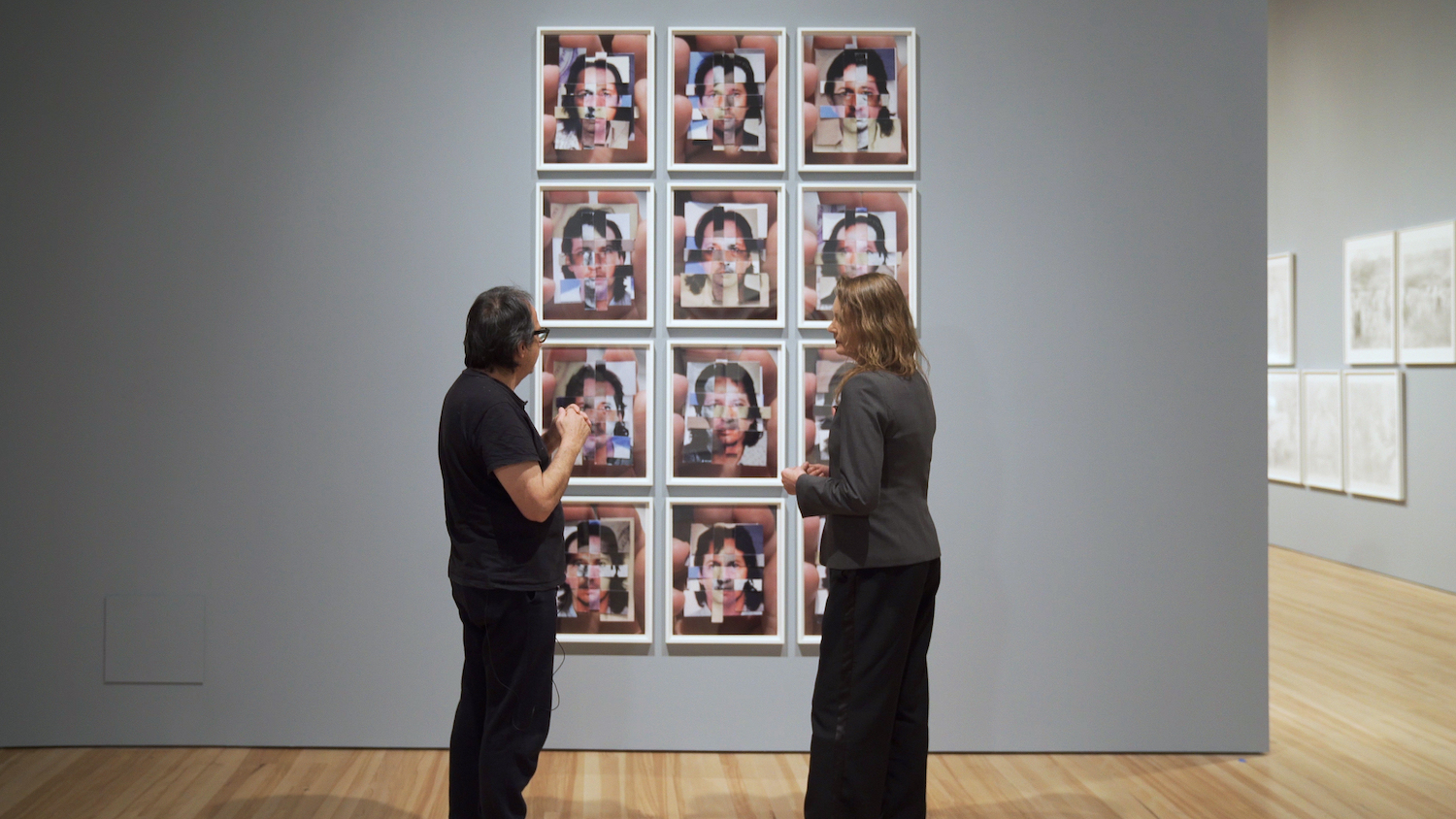 Take a behind-the-scenes tour of the exhibition Oscar Muñoz: Invisibilia with the artist himself and curator Dr. Vanessa Davidson.

Filmed during the installation of the show, this is a “conversación ambulante,” or “walking conversation.” You’re invited into the galleries while work is still in progress, as Muñoz and Davidson discuss the symbolism behind artworks and the relationships between them, as well as the artist’s process and turning points in his five-decade-long practice. Don’t miss it! ¡No se la pierda!

This behind-the-scenes tour is in Spanish with English subtitles. It will be followed by a live Q&A with curator Vanessa Davidson.

Funding for this program is provided by the Carolyn Harris Hynson Centennial Endowment at the Blanton Museum of Art.

Born in Popayán, Colombia, in 1951, and active in Cali, Oscar Muñoz is one of the most important artists working in Latin America today. Over the course of the past five decades, he has deconstructed the medium of photography, splicing photographic processes with printmaking, drawing, painting, sculpture, video, installation, and interactive works. This is why, despite being awarded the Hasselblad International Award in Photography in 2018, he is not truly a photographer. Muñoz has had traveling retrospectives across Latin America and major exhibitions all over Europe; Invisibilia is his first U.S. retrospective.

We are delighted to share a chronological framework that seeks to contextualize Oscar Muñoz’s work in relation to key artistic, cultural, and historical events that have taken place in Cali (where he resides) and in Colombia at large since the late 1940s.

Dr. Vanessa K. Davidson received a B.A. in Hispano-American Literature from Harvard University, and studied Latin American art and Argentine poetry at the Universidad de Buenos Aires, Argentina, as well as Portuguese at the Universidade de São Paulo. She has worked at the Museum of Fine Arts, Boston, as well as the Metropolitan Museum of Art. She was awarded a Fulbright-Hays Fellowship to conduct dissertation research in Argentina and Brazil in 2009, and received her Ph.D. in 20th Century Latin American Art History from the Institute of Fine Arts, New York University, in 2011. She worked at Phoenix Art Museum as Shawn and Joe Lampe Curator of Latin American Art for eight years, during which time she organized twelve major exhibitions, two of which traveled internationally. She assumed her role as Curator of Latin American Art at theBlanton Museum of Art in October 2019.