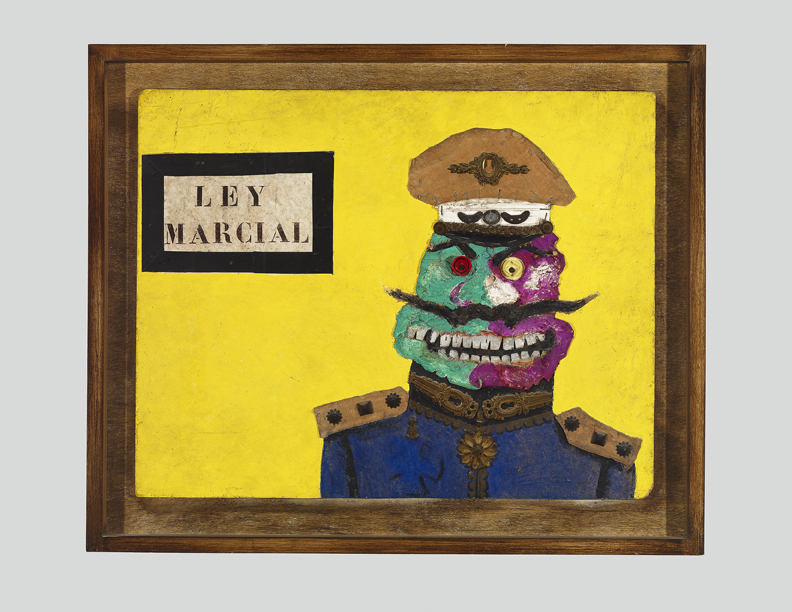 The history of Pop art goes beyond soup cans and benday dots. While many artists practicing this type of art initially targeted consumer culture, others used the same visual language to express more explicit political views. For this conversation, curators Carter Foster and Vanessa Davidson will dive into the expansive world of International Pop art as they present the Blanton’s latest exhibition Pop Crítico / Political Pop: Expressive Figuration in the Americas, 1960s–1980s, an exhibition that juxtaposes works by artists from the United States and Latin America to illustrate how artists adopted Pop’s vocabulary as a tool for political and social critique.

Dr. Vanessa K. Davidson received a B.A. in Hispano-American Literature from Harvard University, and studied Latin American art and Argentine poetry at the Universidad de Buenos Aires, Argentina, as well as Portuguese at the Universidade de São Paulo. She has worked at the Museum of Fine Arts, Boston, as well as the Metropolitan Museum of Art. She was awarded a Fulbright-Hays Fellowship to conduct dissertation research in Argentina and Brazil in 2009, and received her Ph.D. in 20th Century Latin American Art History from the Institute of Fine Arts, New York University, in 2011. She worked at Phoenix Art Museum as Shawn and Joe Lampe Curator of Latin American Art for eight years, during which time she organized twelve major exhibitions, two of which traveled internationally. She assumed her role as Curator of Latin American Art at theBlanton Museum of Art in October 2019.

Carter E. Foster joined the Blanton in 2016 as Deputy Director for Curatorial Affairs and Curator of Prints and Drawings. He organized the exhibition Form into Spirit: Ellsworth Kelly’s Austin, to mark the opening of Kelly’s landmark building, and he co-authored the recent monograph on it published by Radius Books. He also organized Expanding Abstraction: Pushing the Boundaries of Painting in the Americas, 1958–1983  and co-organized Drawn: From the Collection of Jack Shear. Prior to the Blanton, he was a curator at the Whitney Museum of American Art for eleven years. He has written extensively about modern and contemporary art.